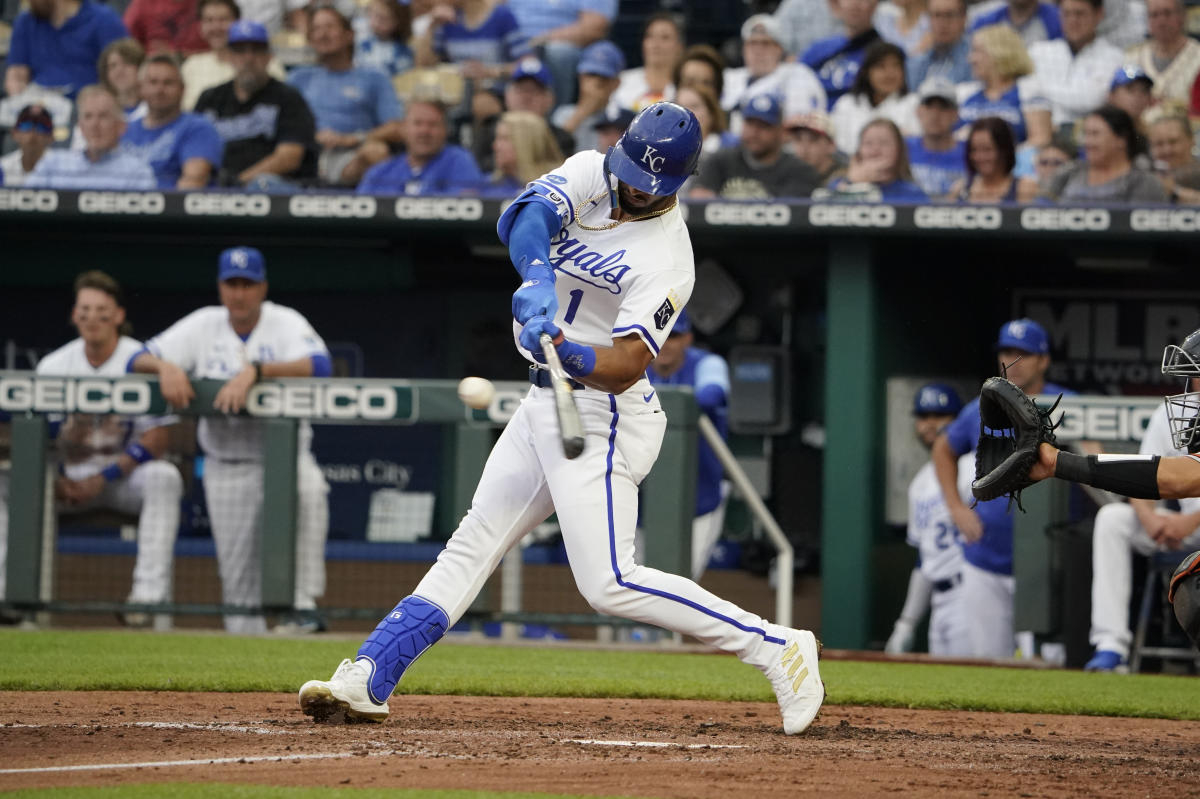 I published the Fantasy Catcher Shuffle Up two days ago. I stand by the list. It’s a gross position. Nobody knew Tyler Stephenson would be on the IL a day later.

But I need a mulligan on one rank, and thankfully several thoughtful readers pointed it out. I wasn’t bullish on MJ Melendezand I need to be.

Melendez joined the Royals in early May, and he quickly became an everyday fixture in the lineup. Sometimes he catches, sometimes he plays the outfield, sometimes he slots at DH. He’s started 25 of the team’s last 26 games, almost always batting fifth.

There’s some fun on Melendez’s Statcast page. His hard-hit metrics trend to the right side of the bar, the good side. His expected average is about where his real average is; his expected slugging is actually 35 points higher. He even has surprising speed for a catcher, although he hasn’t stolen any bases yet. Nothing wrong with being young and athletic.

Perhaps I overreacted to Melendez’s slow start prior to his call-up; he was in a .167/286/.295 funk at Omaha through three weeks. But we’re talking about a guy who hit 41 homers in the minors at two levels last year, in just 124 games. Massive power potential. And he’s still just 23.

The Royals use Salvador Perez and Melendez every day, and that’s good enough for me. Welcome to the double-digit tier, rookie. The proper adjustment has been made.

‘Stressburg’ back in our fantasy lives

[Play in one of Yahoo’s MLB DFS contests]

Injuries have come standard throughout his career, which is why we often refer to Strasburg as “Stressburg.”

I take no joy in that; just reporting the facts.

He had Tommy John surgery early in his career. A hand problem held him back in 2020. Last year it was a neck strain, shoulder inflammation and eventually surgery to alleviate thoracic outlet syndrome.

I try to be a realist with these things. Strasburg is 33, and the Nationals aren’t going anywhere. I think it’s highly likely he’ll be used sparingly and/or be ineffective. The heart can root for a major comeback, but pragmatism should rule our fantasy decisions.

If you have a strong fantasy bullpen, you’re probably ignoring the situation in Arizona. If you’re struggling for every possible save, then you have to monitor the results of Mark Melancon and Ian Kennedy. It’s not fun.

Melancon still has the gig, and 11 saves, although it comes with a 6.52 ERA and 1.76 WHIP. Kennedy’s numbers are slightly better (3.57 ERA, 1.50 WHIP), although Melancon actually has a lower FIP. Both of the right-handers are 37 and near the end of their relevance.

Kennedy now has four saves after recording one Thursday; Melancon worked the eighth. Normally that would sound like a sea change, but Melancon had asked for an inning of work before the game and was handed the eighth, when Arizona was still behind. It seemed unlikely that a save chance was coming.

If I had to roster either player, I’d still prefer Kennedy. But if you’re strong enough to stay away from both players, that’s perfectly reasonable.

Next week’s Shuffle Up is going to be the starting pitchers. I know going in that it’s always an impossible exercise.

Corbin Burns has been bad his last two starts. Gerrit Cole just threw the Home Run Derby in Minnesota. Are the best Dodgers pitchers really the inexpensive and unheralded guys? How long can Martin Perez work this sorcery? Is Tarik Skubal a full-season story? Can the Philadelphia pitchers beat their awful defense?

I haven’t decided if I’m going to offer conditional ranks for the injured. It’s so difficult with pitchers. The Mets are in such a good position with the NL East, they don’t have to rush Max Scherzer and Jacob deGrom back. Stay tuned.