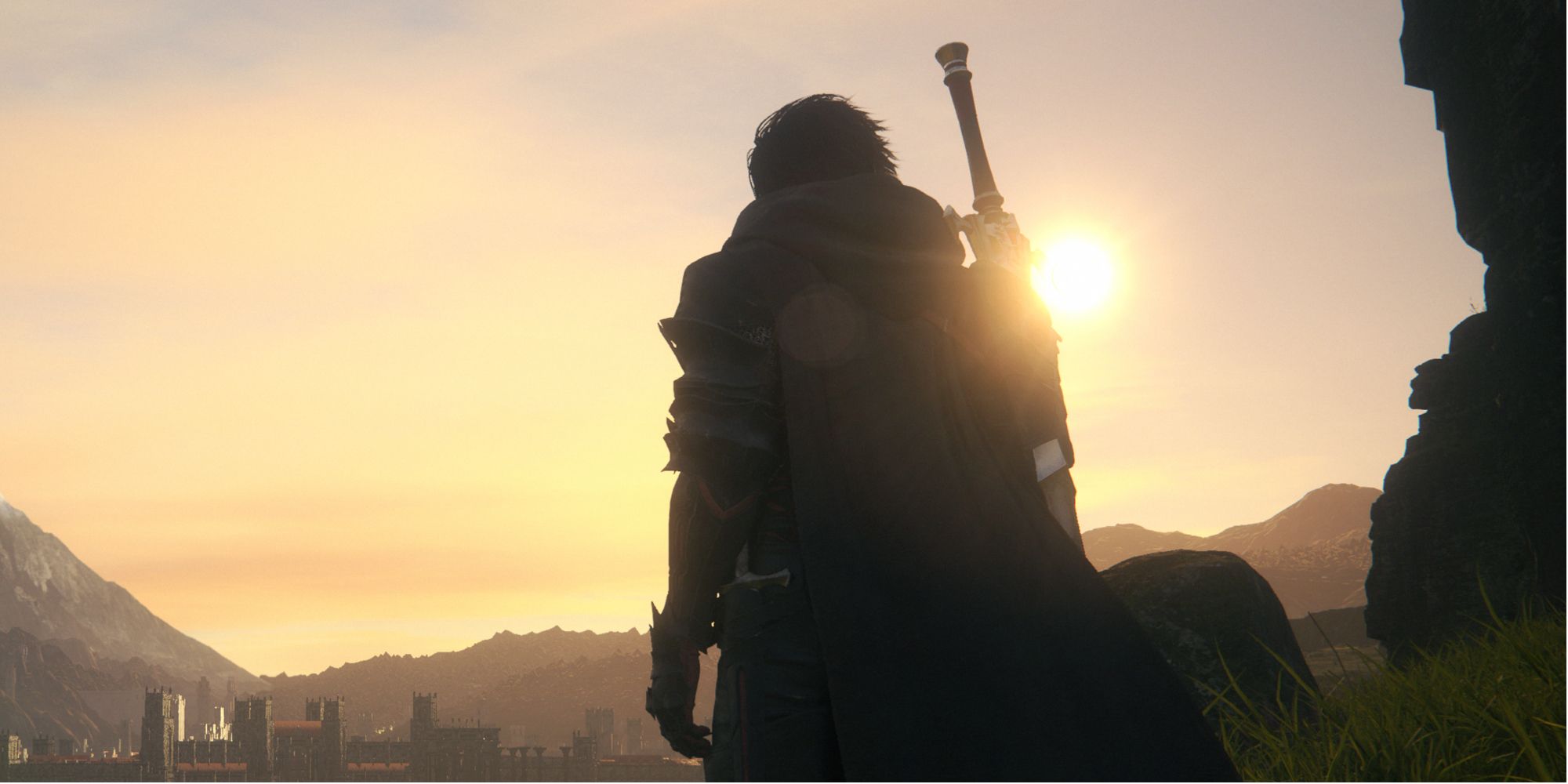 Final Fantasy 16 producer Naoki Yoshida has explained the reasons why the game isn’t open world, even though it appeared to be in its screenshots.

The producer of Final Fantasy 16 has revealed that the game will not be open world, even though the available footage of the game showed large open areas. The reasons for this are linked to many different factors, including story and production reasons, as expanding the size of the world would push the game’s release back even further, as FF16 has a release window of 2023. FF16 is set in the land of Valisthea, which is home to mountain-sized Mothercrystals, and kaiju-style summon monsters, known as Eikons.

The story of Final Fantasy 16 is going to be told on an epic scale. The land of Valisthea is home to different nations, who have access to people known as Dominants. The Dominants are granted the power of the Eikons, allowing them to transform into colossal beasts. The story of FF16 follows Clive Rosfield, the brother of the Phoenix Dominant, who must go on a quest for revenge, bringing him into conflict with the Dominants from other nations. Unlike most of the other Final Fantasy games, Clive will be on his own during his adventure, as the player controls him in action RPG-style battles that resemble the Kingdom Hearts series.

SCREENRANT VIDEO OF THE DAY

The available gameplay screenshots and trailers revealed for FF16 have focused on combat, character interactions, and massive battles between Eikons. Square Enix has released some images of the game world, showing massive fields and distant horizons. The land of Valisthea might not be as expansive as fans originally thought, thanks to a recent interview with Final Fantasy 16 producer Naoki Yoshida in Famitsuwhere he discussed the reasons why the game isn’t actually open world.

According to Yoshida, one of the first acts as a producer was to let the FF16 team know that they did not have to use the Command system (used in many of the turn-based Final Fantasy games) and that it did not have to be open world. Yoshida didn’t believe that an open world was necessary for the story the team was trying to tell, as he wanted something that would span a game world and would involve battles between Final Fantasy 16‘s new massive Eikons that alter the landscape. He thought that trying to do this in an open world would drastically increase the amount of production time needed, as well as increase the development costs for the game.

It makes sense that the FF16 team would want to limit the scope of the game world, in order to keep the focus on the story and make sure the available areas are as interesting as possible. A huge sandbox works for some games, but not all, and the rolling empty fields of Final Fantasy 15 started to lose their luster after a while. Final Fantasy 16 looks like it’s going to be epic, with kaiju-style Eikon battles, and a more traditional Final Fantasy world design might be the best fit for telling that kind of story.

Next: Everything Final Fantasy 16 Loses By Not Having Party Members

Scott has been writing for Screen Rant since 2016 and regularly contributes to The Gamer. He has previously written articles and video scripts for websites like Cracked, Dorkly, Topless Robot, and TopTenz. A graduate of Edge Hill University in the UK, Scott started out as a film student before moving into journalism. It turned out that wasting a childhood playing video games, reading comic books, and watching movies could be used for finding employment, regardless of what any career advisor might tell you. Scott specializes in gaming and has loved the medium since the early ’90s when his first console was a ZX Spectrum that used to take 40 minutes to load a game from a tape cassette player to a black and white TV set. Scott now writes game reviews for Screen Rant and The Gamer, as well as news reports, opinion pieces, and game guides. He can be contacted on LinkedIn.