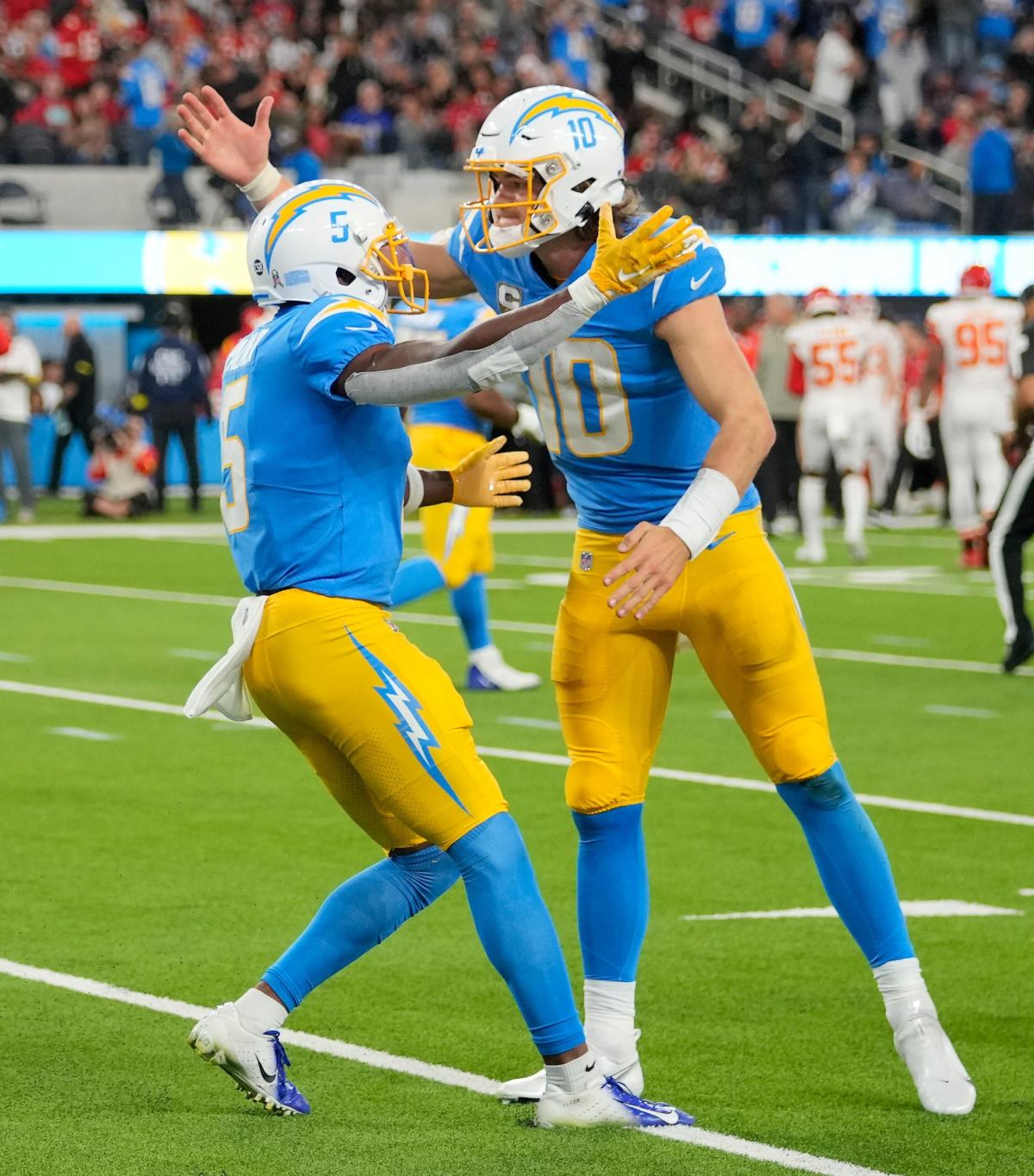 Week 12 of the NFL season got off to a fulfilling start with three games completed on Thanksgiving. A quick look at the standings shows the “Easts,” NFC and AFC, as the only divisions with all four teams sporting winning records, while the NFC South is led by the Tampa Bay Buccaneers, who are 5-5.

But with 17 teams at or below the .500 mark, is the answer about which NFL team is going to get hot and reach the playoffs simply the Bucs because of their current place in the standings? We asked our NFL experts for their predictions.

A REDO? Five things Jets could have done rather than draft QB Zach Wilson

One must worry that, well… “Chargers gonna Charger.” And who knows what illogical analytics play coach Brandon Staley will adhere to next time when common sense might get his team a win. But LA should simply be too good to miss the postseason again. QB Justin Herbert is so good, I’d pay to watch him. And after scuffling along to their current 5-5 mark, the Chargers are getting players like WRs Keenan Allen and Mike Williams back – and hopefully OLB Joey Bosa’s return from groin surgery isn’t too far off. With five of their final seven games except sub-.500 competition, the Bolts should finish with a jolt. — Nate Davis

The Chargers (5-5) lost two consecutive primetime games to the Super Bowl-contending 49ers and Chiefs, but they had leads in both games before falling. Health is a weekly issue for the Chargers. The good news is that the Chargers are getting reinforcements back and have a chance to build off their competitive performances in the past two games. Los Angeles has two winnable road games against Arizona and Las Vegas before big AFC tests against the Dolphins and Titans. If the Chargers can shore up their 30th-ranked run defense and 25th-ranked third-down defense, they have enough talent on offense to earn a playoff berth. However, that is contingent upon if Justin Herbert, Keenan Allen and Mike Williams can stay healthy, plus the defense not sustaining more major injuries. The Chargers have underachieved this year, but I do expect LA to earn an AFC wild-card spot. — Tyler Dragon

Insert Arnold Schwarzenegger voice here: “And now, go Chargers, go!” Remember when the LA Chargers were a sexy Super Bowl pick? Well, they might still be able to dream in January by turning their 5-5 record into a 10-win finish that could be good enough to get into the AFC playoffs. The Bolts certainly have the quarterback in Justin Herbert. And one of the bright spots in the loss to the Chiefs on Sunday night was the return of Keenan Allen, who has played in just three games this season due to hamstring issues. Mike Williams is trending to get up to speed, too (he re-injured his ankle on Sunday, so stay tuned). With the two big-play wideouts complementing versatile RB Austin Ekeler, they won’t lack firepower. Yes, injuries have been a drag, and it’s too bad that left tackle Rashawn Slater and cornerback JC Jackson won’t make it back this season. Joey Bosa, on the other hand, is pegged to return soon from his September surgery to repair a torn groin muscle, meaning the Bolts are poised to field an electric 1-2 pass-rushing tandem with Khalil Mack on the other side.

Although the Chargers have a way of falling short against the best competition (swept by the Chiefs, lost at San Fran), they have the playmakers to fuel hope. And the formula for getting to 10 is pretty simple: Beat the teams they’re supposed to beat. In getting to 5-5, the Chargers beat Las Vegas (3-7), Houston (1-8-1), Cleveland (3-7), Denver (3-7) and Atlanta (5-6). That’s five teams and zero with a winning record. Looking ahead, there are five opponents on the slate — Arizona, Las Vegas, Indianapolis, Denver and the LA Rams — who currently carry losing records. And hey, if the Chargers really want to look hot, they can spring upsets in back-to-back weeks in mid-December against the Dolphins and Titans. Bottom line, the Bolts might wind up being the contender that mimics “The Terminator,” which would make the former California governor quite proud. — Jarrett Bell

I can’t envision any scenario in which the answer is not the Buccaneers (5-5). They have a Super Bowl pedigree, play in the weakest division in football and — while their roster is quickly aging — they still have star talent on both sides of the ball. Five of their remaining seven opponents are under .500.

The best sign for the Bucs came in their last game, Week 10 in London against the Seahawks, before their bye. Tampa Bay, as crazy as this may sound, asked less of Tom Brady, asking him to be more of a point guard and complementary player. The Buccaneers ran the ball a season-high 44 times — 11 more than the next-closest game — for 161 yards, another season high. If Tampa Bay can replicate that formula the rest of the way, it not only appears poised to make the postseason, it might be primed for a run. — Lorenzo Reyes

This article originally appeared on USA TODAY: NFL standings: Which team at .500 or worse will reach the playoffs?