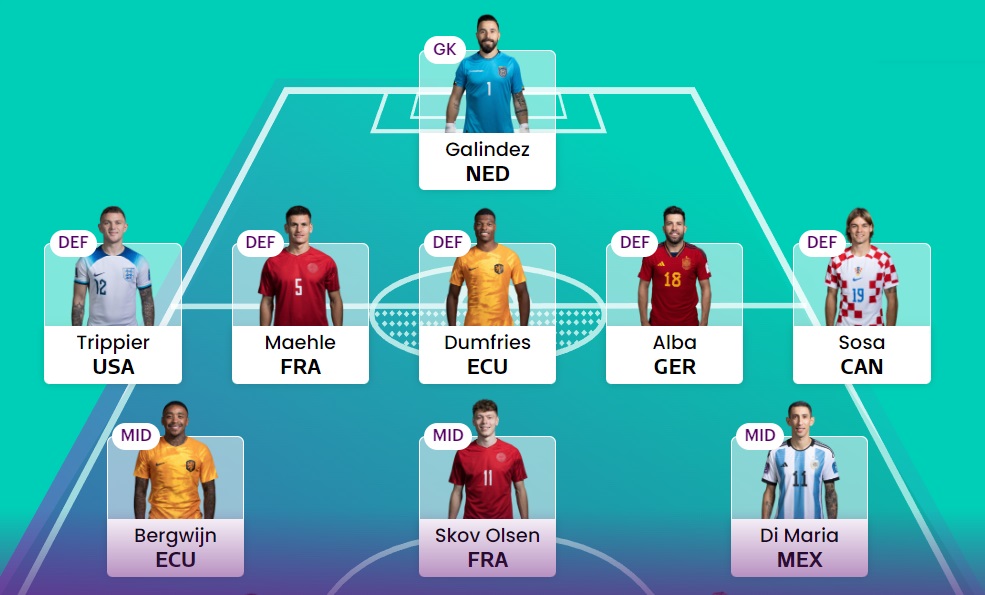 Matchday 2 of FIFA World Cup Fantasy is almost here and Wildcards are being activated left, right and center.

Over two-thirds of the users who voted in Thursday’s poll say they are deploying this ‘booster’ (or chip, in FPL parlance), with the vast majority hoping to take advantage of the so-called ‘Wildcard hack’.

So what is this hack and how do you use the Wildcard in the first place?

We’ll attempt to address the most-asked questions below.

How do I use the Wildcard chip in World Cup Fantasy?

Once Matchday 1 ends and before Matchday 2 begins (ie now!), you can activate your Wildcard and set up your squad for Matchday 2.

You should see a lightning bolt sign on the Matchday 2 tab, and by clicking it you’ll bring up the window that says ‘Apply a Booster’:

You should then be able to transfer in and out as many players as you wish.

Using the Wildcard during Matchday 2

While the ‘booster’ itself has to be activated and a squad of 15 selected before Matchday 2 begins, you should in theory be able to still use unlimited transfers while the second round of matches is underway.

You’ll still only get 11 players scoring points for you in Matchday 2, but you should – and we repeat should given the shambolic nature of the game’s organization and ambiguous rules – be able to belatedly change who they are, providing they haven’t played yet.

For example, if you’ve picked Steven Bergwijn in your Wildcard team and you see he’s benched when the Netherlands v Ecuador teamsheets are released, you’ll be able to move him out for a team-mate or another ‘unlocked’ Fantasy asset before kick-off – as you would with a normal transfer.

This is where it gets interesting, vague and speculative in equal measure.

As we discussed in last week’s rule change update, it may be that by playing your Wildcard ahead of Matchday 2, you’re effectively getting two Free Hit sides for Matchdays 2 and 3.

As it stands, the rules for transferring out ‘locked’ players are as follows:

a. If you do this, the transfer will only become active for the next Matchday

b. If the player you transferred out was locked, you will keep the points they earned this Matchday

Either type of transfer will come out of your current Matchday allocation.

So the consensus in the Fantasy community seems to be that once your player has been in action in Matchday 2 and is ‘locked’, you’ll be able to transfer them out for a player you want in Matchday 3. You could, again in theory, do this 15 times to completely overhaul your side.

For example, if you have Gareth Bale in your Matchday 2 team, then once Wales v Iran is over on Friday morning, Bale becomes locked. Whatever points he scored in that match remain part of your Matchday 2 tally, unless you substitute him.

You could then, at that point, transfer him out for another forward who you do want in Matchday 3.

It’s all a bit complicated, not to mention complete guesswork loosely backed up by an exchange involving Let’s Talk FPL’s Andy and a purported member of the FIFA World Cup Fantasy game-makers.

If the hack works, a Wildcard effectively becomes a Free Hit.

So for this scenario (which we of course won’t know about until it’s too late), we’ll point you in the direction of our Matchday 2 Scout Picks, which aims to pick out the best players for the upcoming Matchday in isolation.

If you’re not planning on trusting the word-of-mouth hack strategy, then some Matchday 3 planning may be in order.

One thing to watch out for regarding three of these sides (all bar Argentina) is that they could already be qualified for the knockout rounds by Matchday 3, so they may choose to rest key players and rotate in their final group-stage games.

Teams who are likely to have something to play for on the final day – such as Senegal, Denmark and Croatia – may also enter Wildcarders’ thinking, then.