‘It’s an experience I wouldn’t wish on anyone, it’s devastating’: Warwick Davis speaks out on the heartbreaking impact the loss of his firstborn baby had on him and his wife Samantha

By Owen Tonks For Mailonline

Warwick Davis has spoken out about the ongoing impact the death of his first child has had on him.

The actor, 52, and his wife Samantha, 51, lost their baby Lloyd just nine days after he was born in 1991 after inheriting dwarfism from both his parents which caused complications.

And Harry Potter star Warwick has now said in a new interview that he would not wish the ‘devastating’ experience on anyone, adding: ‘You never get over it.’

Heartbreaking: Warwick Davis, 52, has spoken out about the ongoing impact the death of his first child has had on him (pictured this month)

He told People: ‘I think it brings you closer together, or something like that. But it’s an experience I wouldn’t wish on anyone. It’s devastating.

‘You do learn to live with it. Eventually, over time, you’re able to better understand why it happened and can come to terms with it a bit more. But you never get over it.

‘I think the losses shaped our family dynamic. We love Annabelle and Harrison all that more because they’re here with us.’ 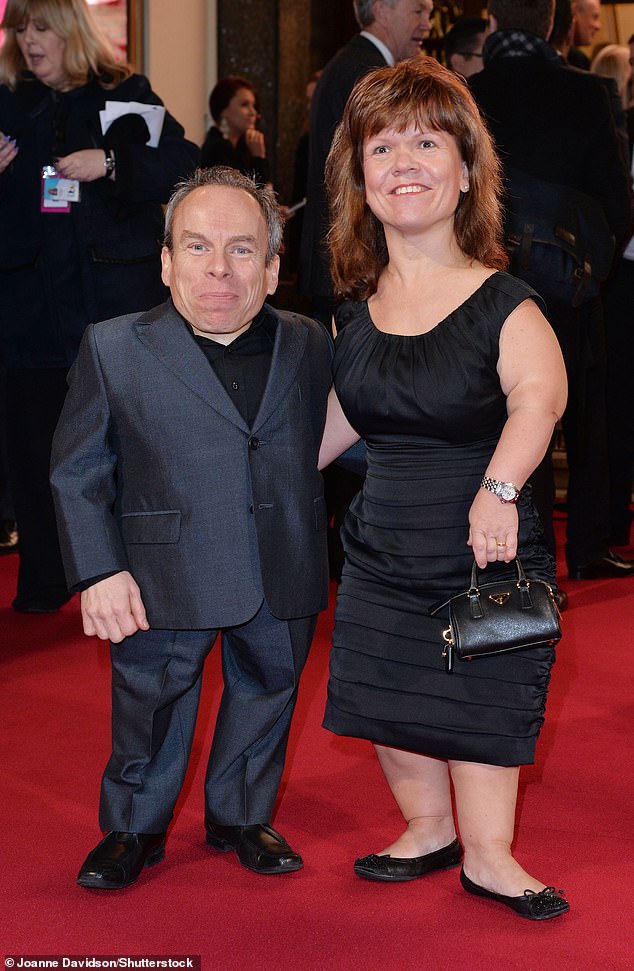 Devastating: The actor and his wife Samantha, 51, lost their baby Lloyd just nine days after he was born in 1991 after inheriting dwarfism from both his parents which caused complications (pictured in 2015)

Warwick and Samantha are parents to their actress daughter Annabelle, 25, and their actor son Harrison, 19.

They lost a second child when Samantha miscarried at 20 weeks in 1993, with the couple naming the baby George.

He added: ‘We’ll always remember what happened with George and Lloyd. We’ll always be grateful that we had them for the short time that we did.’ 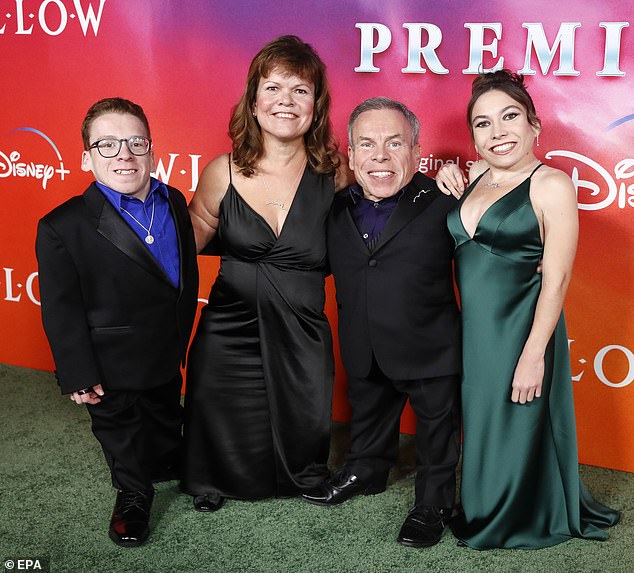 Willow star Warwick previously said the tragedies made him and Samantha stronger as a couple.

Speaking on Bear Grylls’ television show Bear’s Mission in 2018, he said: ‘Prior to Annabelle and Harrison we had a baby boy, Lloyd, who inherited both our conditions… and that is something that proves fatal.

It’s something that a baby won’t survive. But Lloyd he lived for survived for nine days, but yes he was beautiful… but it was a tough time. And yes, we had a stillborn too.’

The star said he and his wife had made it through the painful time together, saying: ‘That kind of stuff it just makes you stronger. [as a couple].’

Warwick was born with an extremely rare condition called spondyloepiphyseal dysplasia congenita (SED), where the bone endings fail to form. It meant he never grew taller than 3ft 6in.

His wife Sam has a different form of dwarfism called achondroplasia.

Their children Annabelle and Harrison have inherited their father’s condition and are both aspiring actors, having appeared in Harry Potter.

Both Lloyd and George were born with achondroplasia and SED, a genetic combination that was always going to be fatal.

Restricted growth, sometimes known as dwarfism, is a condition characterized by short stature.

There are two main types of restricted growth:

As well as having short stature, some people with restricted growth also have other physical problems, such as bowed legs or an unusually curved spine.

However, most people don’t have any other serious problems. They can often live a relatively normal life and have a normal life expectancy.