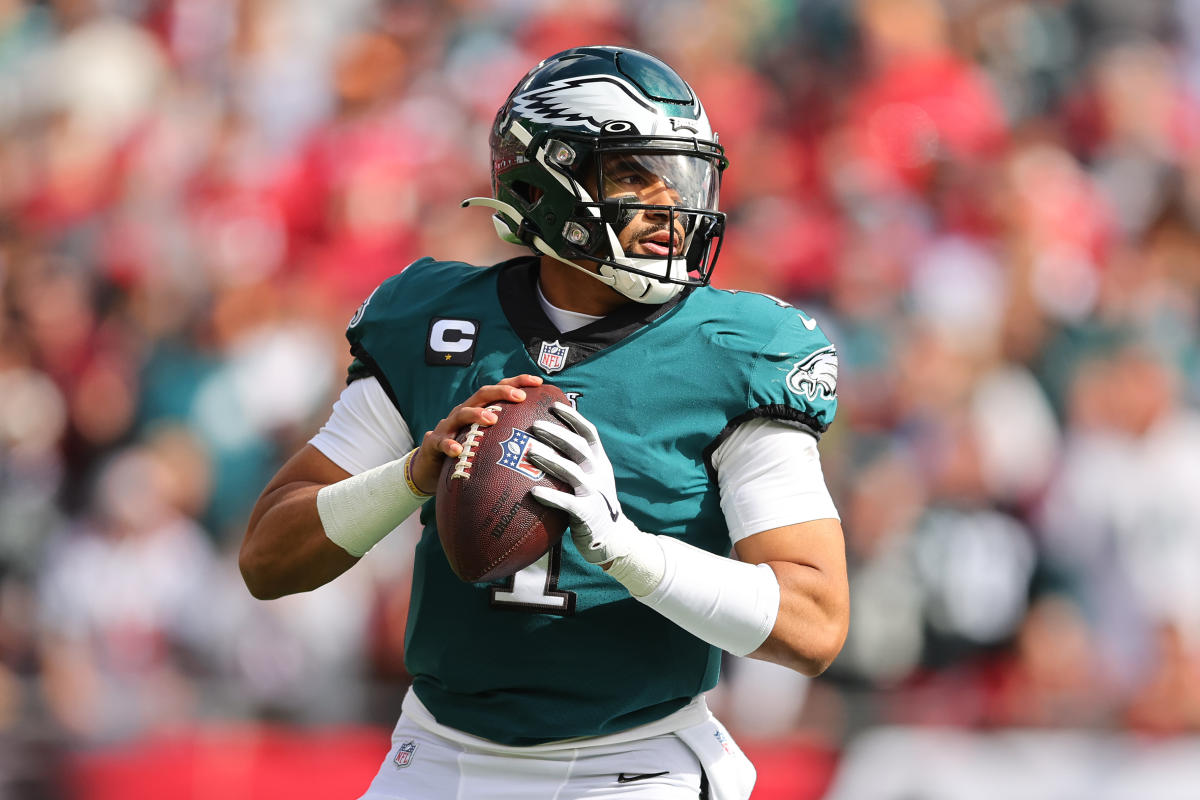 Rookie first-year players aren’t the only fantasy winners (or losers) with the 2022 NFL Draft in the books. Some established veterans also saw their stock rise as a result of the incoming rookie class. Below we’ll highlight the vets we’re most excited to draft for the next fantasy football season.

Is it time to stop underrating Derek Carr?

Derek Carr was the QB13 overall last year. He passed for over 4,800 yards (QB5) and recorded 7.7 YPA (QB7) with Henry Ruggs released in October and Darren Waller sidelined for seven games. Carr willingly flung the ball deep (77 deep-ball attempts on the season, QB5) while managing a top-seven true-completion percentage (73.4%).

If he struggled it was in the TD department (only 23 passing scores in 2021). But with his old Fresno State teammate joining the receiving corps and Waller back to health, Carr should crush in the red area of ​​the field. He’s ranked inside my top-12 … but is the QB15 per ECR. I’m gonna get my guy – and if ADP holds – at value. – Liz Loza

It’s tough to imagine how the 2022 draft could have been better for Jalen Hurts. On the first night, his team added an uncoverable veteran receiver in AJ Brown, a player who should make life easier for every offensive weapon in Philadelphia. Hurts had reportedly lobbied the Eagles to pursue Brown while also recruiting the receiver to join him in Philly. Passes that were directed at Jalen Reagor and Quez Watkins last year will now be going to AJ, an absolutely massive win. Hurts himself still needs work as a passer, no question, but he’s now surrounded by exceptional talent.

It’s also worth noting that the Eagles declined to add a quarterback, which seemed like a possibility leading up to the draft. The team was connected to Ole Miss QB Matt Corral who ultimately landed in Carolina. Hurts now enters 2022 as a locked-in starter behind an excellent O-line and with superior receivers at his disposal. Sounds like a winner. – Andy Behrens

Rashod Bateman poised to step into No. 1 WR role

Rashod Bateman saw a huge jump in fantasy value after Marquise Brown was traded to Arizona, and Baltimore also failed to draft a receiver. Bateman was top-five in the contested-catch rate during his rookie season and should show growth in Year 2, when Lamar Jackson is also primed for a major bounce back. The Ravens quietly ranked top-10 in pass attempts last season, and Bateman is about to see a big jump in targets. I moved him into top-20 WR territory. – Dalton Del Don

I was excited that Buffalo didn’t draft over Gabriel Davis. And although backfield help is arriving, I still think Devin Singletary makes sense as a pick in the dreaded running back dead zone. I believe Buffalo when they say they would prefer Josh Allen run less, opening up a likely career year for Singletary. – Scott Pianowski

I was shaking the Ravens were going to land a running back who could further muddy up their backfield the whole time the team was drafting. Not only do they somehow always seem to draft the perfect player at the perfect time, but considering they went all defense or offensive line with their first six picks, I knew that an offensive player might be coming soon. I’m a huge Dobbins fan, and I’ve been waiting to draft him for his next healthy season. Of course, I couldn’t blame the Ravens if they took a high-profile rookie runner with a mid-round pick. After all, both Dobbins and Gus Edwards tore their ACLs last year before a regular-season snap.

Ultimately, the Ravens took over Tyler Badie out of Missouri with their final pick in the draft (a sixth-rounder). Badie has upside but he’s undersized and projects more as a pass-catching, third-down savant than a complete every-down back. The electric Dobbins already has enough to worry about with Edwards and Lamar Jackson vulturing goal-line touches from him, so I’m glad the Ravens decided not to invest massively at a position that they suffered so much attrition in last season. (Of course, just as I finished typing this, the Ravens signed Mike Davis – but we’ve been through the Mike Davis show before, so I’m relatively unbothered). – Mo Castillo