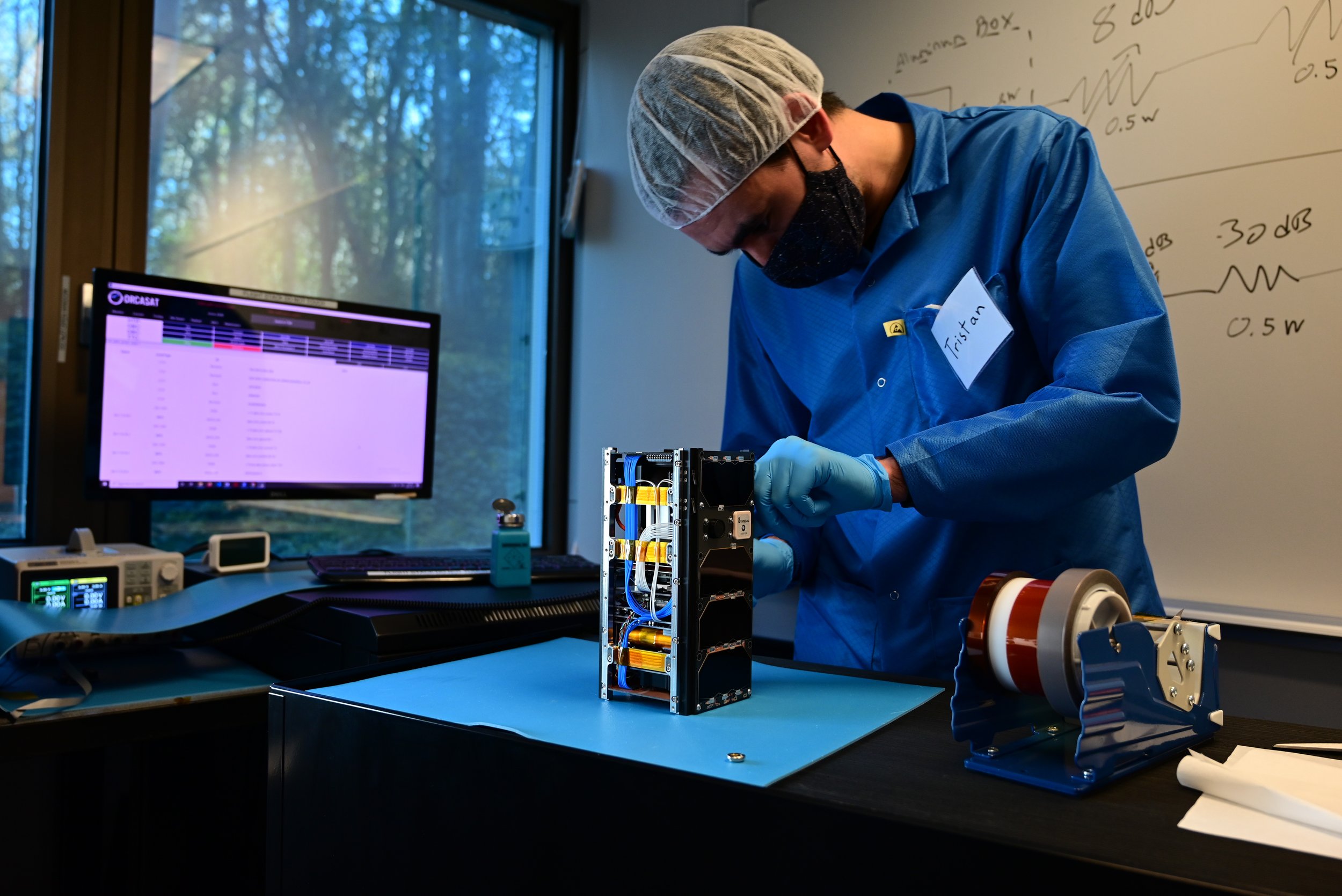 It’ll be the launch of a lifetime.

A miniature satellite, built by University of Victoria students, will blast off from the Kennedy Space Center in Florida and venture through the stars this week.

UVic’s satellite, dubbed ORCASatis scheduled for launch alongside NASA’s SpaceX Falcon 9 rocket on Tuesday at 12:54 pm, when it will rendezvous with the International Space Station before collecting data for 18 months.

“We will continue to launch satellite’s here out of UVic, so we’re just going to keep doing it. Our launch tomorrow we’re really excited about. We have two students on the ground, so the idea is to live stream them in.”

One of those students is Alex Doknjas, ORCASat tech lead and a recent graduate of UVic’s engineering program, explains Lusk, who is over the moon about the upcoming launch.

“We do have some high-profile guests, and we do have a large group and it will be a celebration when that rocket launches,” he said.

“It will be exciting, for sure.”

The launch is instantaneous, meaning “it flies at 12:45 Pacific time, or it doesn’t. It either goes or it’s a no-go. Hopefully the weather is good for us and it goes,” added Lusk.

Working with ORCASat engineering students, the satellite also came to fruition thanks to scientists led by the Canada Research Chair and UVic aerospace systems engineer, Afzal Suleman, the university noted in a release.

“The UVic satellite won a national competition, the Canadian CubeSat Project by the Canadian Space Agency and, as a result, is one of two post-secondary projects from Canada chosen to be part of this week’s launch,” it said.

While 10 grants were given, Lusk says only two satellites are going up in “batch one,” which, in addition to ORCASat, includes LORIS built at Dalhousie University in Halifax, NS.

“Once set in orbit around our planet, ORCASat will provide a unique artificial star reference for ground-based telescopes, helping contribute to the precise calibration of space instrumentation that measures the brightness of stars and supernovae,” UVic said.

Live coverage of the launch will air on NASA Live.