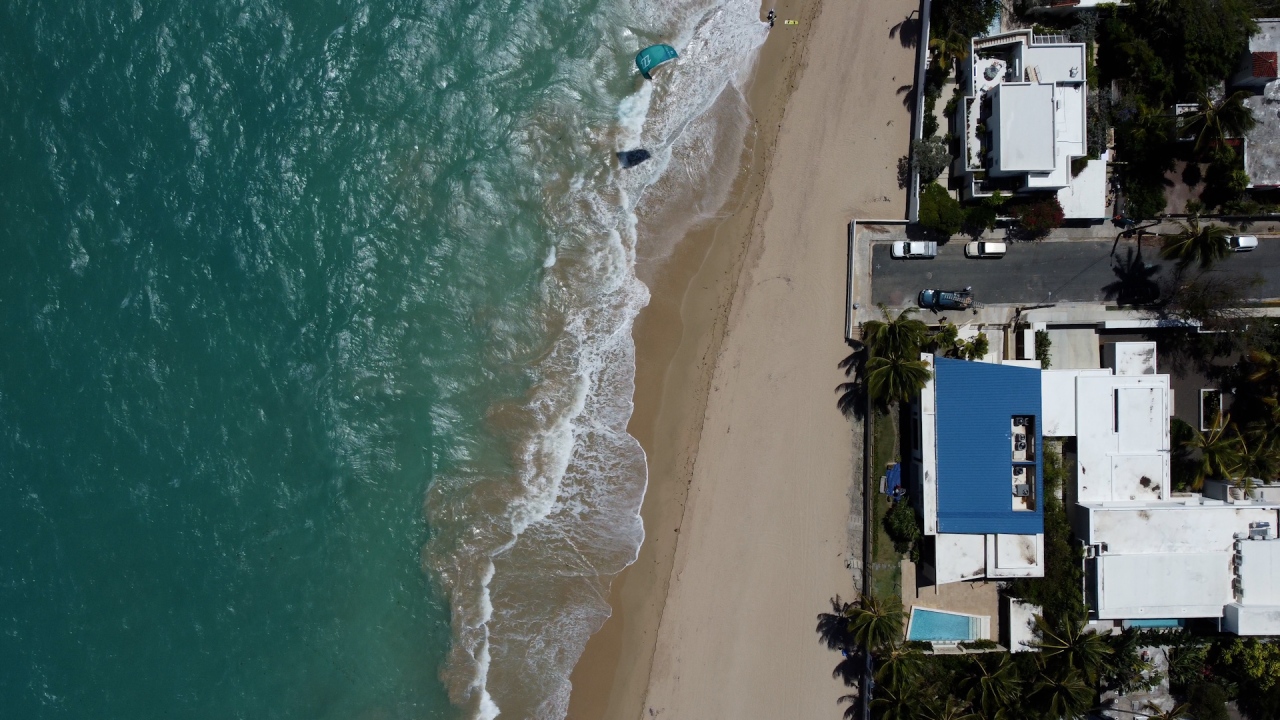 The Puerto Rican coastline has been receding for many decades due to rising sea levels. And as water levels rise, causing severe erosion, many coastal dwelling Puerto Ricans are left watching their homes fall into the sea.

“The problem right now with environmental assessment is that the data is scattered across multiple federal data sets,” Mieses said. “There’s not a database that’s meant to unify them. So Terra Firma’s first mission is to actually unify that data in a way that is usable. “

And with an almost video game style interface, the software allows users to easily forecast up to 30 years of potential damage and erosion just by toggling a few settings. These kinds of forecasts were previously available exclusively to projects with a budget big enough to hire a team of engineers to gather and digest the data. Now that power is returned to the hands of the people and communities interested in protecting their own land.

Since the devastating fallout of Hurricane Maria in 2017, Puerto Rico has scrambled to rebuild a stronger and more fortified island. And with data that can predict precise instances of flooding and erosion, Puerto Rican city planners are able to better prepare for intense weather events similar to Hurricane Maria.

One example of an organization that has teamed up with Terra Firma in an effort to better protect the island from erosion and flooding is Blue Tide Puerto Rico.

Blue Tide Puerto Rico is a non-governmental organization focused on oceanic scientific investigation and research, as well as promoting and preserving the Blue Economy of Puerto Rico. After Hurricane Maria destroyed many of the coral reefs that act as a natural barrier protecting the coastline from erosion and flooding, Blue Tide contracted Terra Firma to design 3D-printed tiles to be installed and serve as an erosion mitigation strategy to fight future storm surges and protect the coast.

“We identified Terra Firma as an asset because it’s a startup company with young guys capable of working with our request with a fresh new design and with the concept of keeping the environmental impacts of construction to the minimum,” said Wilbert De La Paz, executive. director of Blue Tide Puerto Rico.

Thousands of coral tiles are slated to be 3D-printed and installed along the coast of Puerto Rican cities that experienced coral reef loss during Hurricane Maria. The coral tiles are made of clay and form a cylinder that acts as a nest for organic, baby coral plugs. Mieses believes that within 10 years, the clay cylinder will dissolve, leaving a fully fused organic coral reef in its wake.

This coral reef replacement will hopefully act as the first of many successful erosion mitigation strategies that Terra Firma can help build to better protect the island from the increasingly more powerful weather events.

“The way Terra Firma brings hope to a hurricane-prone Puerto Rico is offering the insights to be better prepared for future incoming ones,” said Mieses, “to understand who is at risk, what part of our critical natural infrastructure and gray infrastructure is.” at risk and how to better protect it. ”

Terra Firma is currently operating exclusively in Puerto Rico, but they aim to expand to the southern United States in the coming years.