The satellite industry is in the midst of major innovations, with over 17,000 satellite launches planned for the next decade. This will add some 200 Tbps of capacity to the current global connectivity grid. Against this background of growth in digital connectivity, we explore demand metrics and market dynamics impacting satellite services in Africa.

Data from the World Bank, analyzed by Statista, shows that African internet penetration by country over the past decade has grown from an average of 9.3% to 31.7%, with only seven countries remaining at under 10%. According to the GSMA 2021 Mobile Internet Connectivity Report, Africa has seen internet subscriber numbers grow from 120 million to 300 million, which accounts for the majority of the internet penetration success.

With overall internet penetration still less than 32%, this growth in satellite capacity is excellent news both for African end users and investors. With so much of Africa’s population still not connected to the internet, there is a temptation to subscribe to a “build it and they will come” view, with no constraint on the satellite service go-to-market models.

However, the GSMA Mobile Internet Connectivity for Sub-Saharan Africa Report for 2021 highlighted the fact that more than half a billion people live in areas with mobile broadband network services but do not use mobile internet, despite substantial increases in mobile broadband coverage since 2014. This sobering statistic seems to nullify the “build-it and they will come” model, showing that network availability does not guarantee subscriber sign up. Instead, it motivates a need for more careful consideration, and for crafting a more specific go-to-market model for the planned satellite broadband services taking into account the risks, time-to-market pressures, and the unfolding competitive scenarios.

Even with the projected 17,000 launches over the next decade, satellite connectivity remains a niche service compared to existing and planned fiber and mobile connectivity networks across Africa. The question is — how can the service providers of this very niche satellite service, with maybe a 5% target market footprint, access the untapped Africa market?

GSMA reports that the coverage gap for sub-Saharan Africa is 19% of the population, about 210 million people living in areas not yet covered by mobile networks. This would indicate the maximum available market share for new fixed satellite services is 19%.

The report also highlights that despite the cost of data coming down year on year, the current cost of a 1 GB bundle is still 4% of monthly GDP per capita and that a typical smartphone costs some 26.5% of monthly GDP per capita. When affordability criteria is factored in, only 8.9% of the African population could sign up for satellite services if rates and charges were to be similar to those currently charged by mobile networks.

We already know that the expected satellite service bundle rates and equipment charges are not yet comparable with mobile network data rates. This disparity could further reduce the addressable market to a mere 5% of the population or less.

A 5% addressable market shows the need for a completely new paradigm in defining the target market for the delivery of fixed-terminal satellite services in Africa. No longer should we talk about “connecting the unconnected” or “delivering consumer services” because that strategy will lead us to a 5% population footprint, many of whom may not be able to afford the service at this point in time. Fixed satellite services should rather be defined as a “5% niche service,” with an approach to business development and go-to-market options from this perspective.

The addressable target market for this “5% niche” or specialized service will typically include the following subscriber groups: High-availability applications: User applications that are in mobile network coverage areas yet require the high-uptime and high-reliability of satellite services. This would typically include primary services for financial transaction points such as ATMs and point-of-sale merchant trading, as well as for business continuity services as back-up circuits to fiber or other terrestrial links.

Off the grid business services: Business applications and users who are off the grid and not connected on mobile or other telecom networks. Based on the expected service and equipment charges, these will be business users such as retail, hospitality, commercial farming, and industrial sites.

Considering the options for the go-to-market model and service delivery in Africa, the mobile network telcos cover 81% of the population and enjoy dominant brand positioning. This makes them a logical first port of call as possible service providers and facilitators of the go-to-market channel for the planned new fixed satellite services. This scenario refers to the reselling and distribution of broadband satellite services by the telcos as a product rather than the use of satellite services for cellular backhaul or as a solution to network connectivity requirements.

To evaluate the MNOs as resellers option, we can model the business case of a potential large-scale fixed satellite services project from the mobile telco’s perspective. Working on a possible deployment of 100,000 terminals with a $100 average revenue per unit (ARPU), total monthly revenue would be $10 million with an annual turnover of some $120 million. With a conceivable 40% reselling mark-up, gross profit in this scenario could be $48 million.

Generally, this makes good business sense, yet to put this in context, the annual turnover of Vodacom South Africa was $6.5 billion in 2021 at a 41% gross margin. Using the assumptions made above, gross profit would be around 1.8% of Vodacom’s current gross profit. Suddenly, these numbers are not so compelling!

Considering that the service delivery of fixed-terminal satellite services will require the telco to possess additional product-specific capabilities (such as terminal equipment supply and logistics, possible field engineering services for terminal implementation and most significantly, the set-up and provision of specific billing and service provisioning), financially this is not such an attractive business proposition for a mobile telco such as Vodacom.

In addition to these product-specific requirements, the required investments and the fact that fixed-satellite terminal services could be seen as competing with mobile data and LTE services, the business case becomes less attractive.

This explains why no mobile operator is currently actively promoting or selling a broadband satellite service in the African market. (In terms of reselling a satellite broadband service, rather than using satellite as part of the network infrastructure for cellular backhaul or other core links.)

So, if the mobile and other first-tier telcos are not interested in reselling the service, what other options can be considered for selling a 5%-niche service in the African connectivity landscape?

A new product paradigm and innovative “5%-niche” service perspective could be most valuable in mapping the emerging large-scale satellite projects to the most suited market segments in Africa, rather than following the “connecting the unconnected” mantra. Also, it would help to really understand this 5%-niche service, its specific feature sets and more importantly, the detailed user requirements in each different African country, and for each market sector. Added to this must be an appreciation that neither classic distribution models nor “give it to the mobile Telco” strategies will work.

Such an approach needs to follow delivery to Africa, for Africa. Africa is not Europe or America; Mozambique is not Nigeria. While this may seem obvious, it is also a necessary lesson for many international operators that plan to service Africa and then approach the challenge as though Africa is similar to the international markets with which they are more familiar, and also as though it were a single homogeneous market.

The end-to-end product and service delivery must be aligned to each specific African country, and the correct go-to-market channel is key in getting this right. This includes product features such as local termination, adding local voice interconnect services, billing and revenue collection in local currencies, equipment delivery, implementation and onsite support services.

A niche service is very much a high-touch environment. For example, providing smart satellite services to a regional financial bank comes with a host of security and compliance requirements, plus stringent on-site SLA service requirements. It is most certainly not a best-effort service delivered when possible and supported when you can.

Large-scale projects and hyperscale business naturally start approaching service delivery in Africa and go-to-market options from a distribution model framework perspective. Yet delivering large-scale fixed satellite services to the market is something of an anomaly. It is not a standalone product that can follow the operator/distributor/reseller/user model, because there is an ongoing service component that must be supported by the operator, and which ties the operator directly to the user – forever. Also, it is not a telco service because the network operator is not resident in the country and therefore not the service delivery agent.

So, the go-to-market model needs to be defined by a new paradigm that can accommodate the required elements of a distribution channel, while also offering the advantages and necessary service elements of a network operator delivering an end-to-end service. 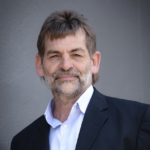