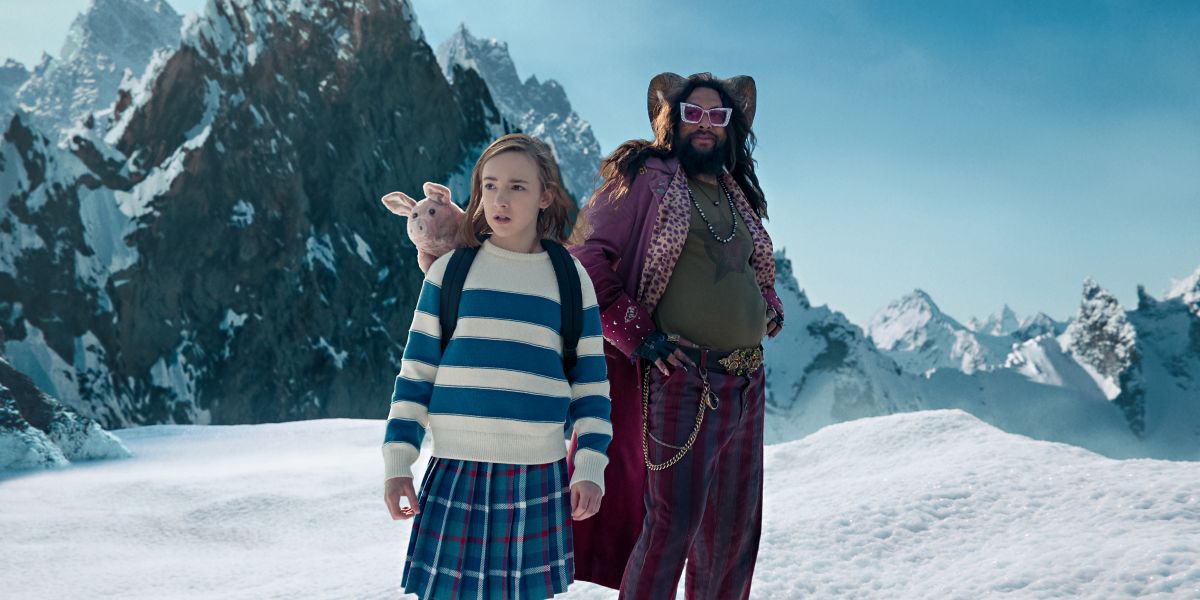 Slumberland is a Netflix fantasy movie based on the comic strip Little Nemo in Slumberland by Winsor McCay, which tells the story of Nemo (Marlow Barkley) who discovers a secret map to the magical dreamworld of Slumberland.

Along with her new companion, the lovable outlaw Flip (Jason Momoa), the pair go on an epic adventure as they traverse dreams in a bid to be reunited with her late father Peter (Kyle Chandler).

Who’s who in the Slumberland cast?

Jason Momoa plays eccentric outlaw Flip — although he may look scary with his half man and half monster appearance, he is a lovable creature who becomes friends with Nemo and guides her through dreams to help her see her late father again.

Jason has become one of the biggest stars in the industry and is best known for his role as Drogo, the Dothraki warlord in Game of Thrones and DC superhero Aquaman. He has also appeared in Dune as Duncan Idaho and is set to star as a villain in the upcoming Fast & Furious 10 movie, Fast X.

Marlow Barkley stars as Nemo, an 11 year old girl who is grieving the loss of her father. Even though her once perfect world has now imploded, this does not stop her from hoping to reunite with her father through her dreams along with her new pal Flip.

Slumberland is Marlow’s first movie, with the young actress also recently starring in Apple TV’s Spirited alongside Will Ferrell and Ryan Reynolds. Her other acting credits include Single Parents and she has voiced characters in South Park, The Loud House and Amphibia.

Kyle Chandler portrays Peter, Nemo’s father. The father and daughter live in a lighthouse and are extremely close. He often tells Nemo bedtime stories about his fantastical adventures in the magical kingdom of Slumberland with Flip, until he disappears at sea.

Kyle is an Emmy-award winning actor, which he won for his role as Eric Taylor in Friday Night Lights and he has since gone on to star in major award-winning movies such as The Wolf of Wall StreetManchester by the Sea and King Kong. He has also appeared in Grey’s AnatomyBloodline, Godzilla, and The Spectacular Now to name a few.

Chris O’Dowd is Philip, Nemo’s uncle and now guardian after the death of his brother. He is nothing like his brother, Peter and he tries his best to forge a relationship with Nemo, but his deeply awkward attitude often hinders their bond.

The Irish actor won an Emmy for his role of Tom in the comedy series State of the Union and shot to stardom after appearing as Roy Trenneman in the British comedy The IT Crowd. He has also appeared in Bridesmaids, This Is 40, Molly’s Game, Moone Boy and many more.

Weruche Opia plays Agent Green, a 160 year old dream agent for the Bureau of Subconscious Activities. She’s speedy and will go to desperate lengths to get her hands on the secret map that’s guiding Nemo and Flip through Slumberland.

Weruche’s previous acting credits include I May Destroy YouBad Education, Sliced and When Love Happens.

India de Beaufort is Ms. Arya, a teacher who goes to great lengths to make sure Nemo settles into her new school. However, her cheerful and positive personality can sometimes be overbearing for Nemo, who is mourning the loss of her father.

India has previously starred in Run Fatboy Run, One Tree Hill and Kimi.

Humberly González stars as Graciela, a magical dancer who knows how to have fun. Her hypnotizing dance moves make Flip swoon — much to Nemo’s dismay.

Humberly is known for her roles in Ginny & Georgia, Workin’ Moms, In the Dark and Utopia Falls.

Who else stars in Slumberland?

Also starring in Slumberland are…

Slumberland is available to watch on Netflix now.