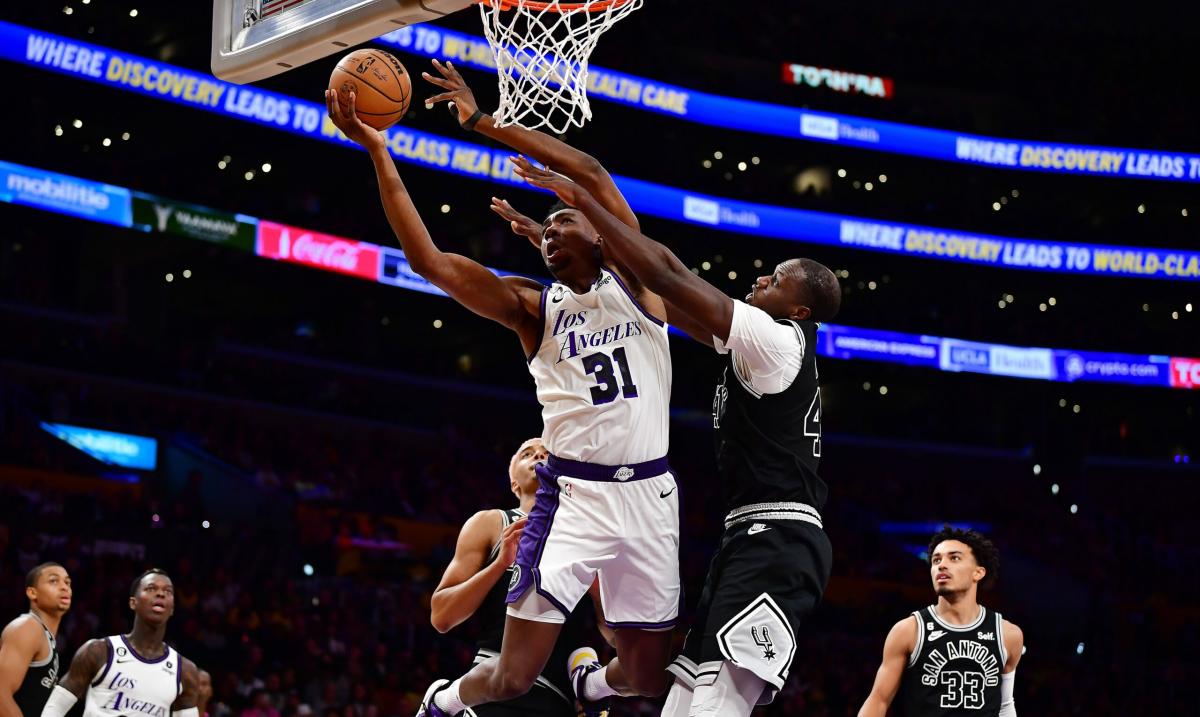 Center Thomas Bryant has been in the lineup for the Los Angeles Lakers for three games since returning from a thumb injury, and his impact has been noticeable.

He has been playing chiefly as a backup center so far, although he has played a few minutes each game alongside Anthony Davis. He has held down the fort to buy some valuable rest for LA’s superstar big man.

In his first game back from his thumb injury, Bryant had eight points on 4-of-6 shooting and five rebounds in 13 minutes, and he put up 15 points while making all five of his shot attempts, plus nine rebounds in 23 minutes in his next game.

A good number of his baskets so far have come off assists from Russell Westbrook. It’s no wonder, as the two played together on the Washington Wizards two seasons ago.

Thomas talked about the chemistry he built with Westbrook, and how the two have built on it since the center was signed by LA as a free agent in July.

“The chemistry that we had there just for that short amount of time was really great and I tried to keep that chemistry throughout the summertime, when I was injured still tried to communicate with him and learn as much as I can from him.”

Bryant was then asked how Westbrook likes to let him know that he likes to play with pace.

Relatively speaking, the Lakers are still a small team, as they lack viable frontcourt depth, but Bryant’s presence has greatly helped in that department, as there is no longer any need to play 6-foot-9, 205-pound Wenyen Gabriel at the 5.

Westbrook’s comments on playing with Bryant

Since he was moved to the bench, Westbrook has been playing better, and he has been racking up assists while helping to increase the pace of the game whenever he has gotten onto the floor.

The former league MVP talked about how he likes to make the game easier for big men such as Bryant.

“Just running. Any time I see my bigs and guys running, I like to reward them. I can make the game easy for them, especially guys like Thomas, Wenyen, whoever is on the floor. I take pride in making guys better around me and I’m happy to be able to see him come back and help him catch his rhythm and play well.”

The Lakers’ ability to get easy baskets in transition will be a big key in their effort to improve and get into the playoff picture in the Western Conference.