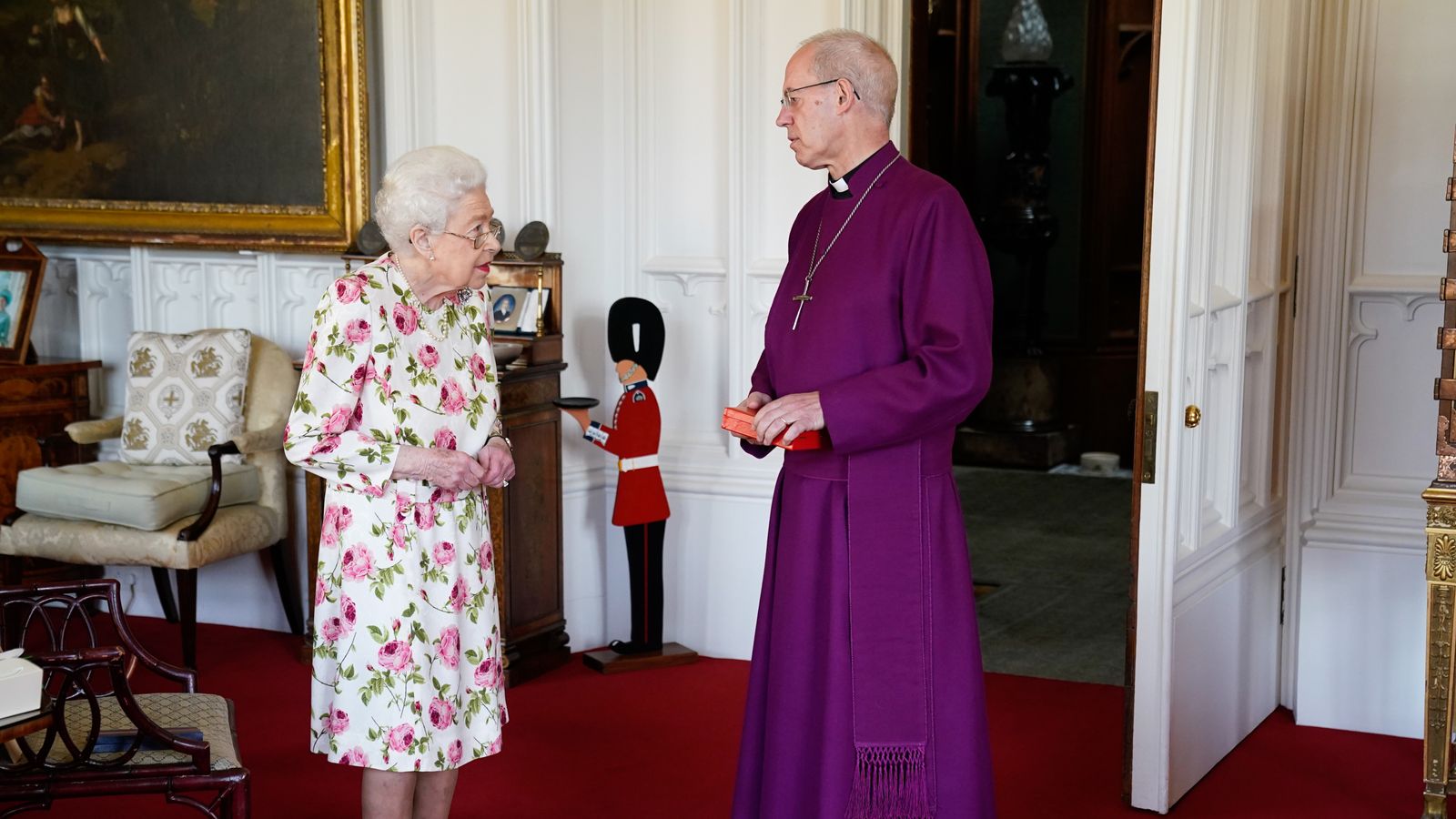 The Queen was seen without her walking stick as she held a meeting with the Archbishop of Canterbury.

During the audience at Windsor Castle, the 96-year-old was presented with a special Canterbury Cross for her “unstinting service” to the Church of England over the last 70 years.

The small silver cross, which was inspired by a ninth century Saxon brooch and included a triquetra pattern, was given as a “heartfelt symbol” of the church’s “love, loyalty and affection”.

The monarch has been facing ongoing mobility issues and has been seen with a stick or sat down during recent public appearances.

However, she managed to go without a walking aid as she shook hands with the Archbishop as he entered the Oak Room sitting room at Windsor.

“Whether in the formality of opening sessions of General Synod or the more intimate context of her personal addresses to the nation and Commonwealth at Christmas, Her Majesty has made manifest her own deep faith and its relevance to all that she undertakes.

“Her subtle understanding of the changing position of the Established Church in England has sustained and encouraged laity and clergy alike.

“Her care for the unity of her people and the welfare of the least fortunate have been a constant inspiration to the whole Church. Hers is an example of the Christian life well led.

“This presentation of the Canterbury Cross is a heartfelt symbol of the love, loyalty and affection in which the Church of England holds Her Majesty and it represents the recognition and gratitude of her whole Church for her seventy years of unstinting service. God Save The Queen ! “

The Canterbury Cross is presented each year as part of the annual Lambeth Awards to a small number of recipients who have shown outstanding service to the church.

The Queen had a busy start to June as the nation celebrated her Platinum Jubilee during a four-day weekend of festivities.