The Prince and Princess of Wales have ‘it all worked out’ when it comes to navigating Charlotte’s position as ‘spare’, a royal expert has claimed.

Speaking to The Telegraph earlier this month, Prince Harry voiced concerns about the future of the other ‘spares’ in the royal family to his brother Prince William – who ‘made it very clear that the children are not his responsibility’.

However Vanity Fair’s Katie Nicholl has said she is sure Prince William and Kate Middleton have it ‘all worked out’ when it comes to Princess Charlotte and her future role in The Firm.

Speaking on the Dynasty podcast, she said: ‘George, Charlotte and Louis are enjoying a childhood Harry and William didn’t get to enjoy and I think that is why William and Kate are channeling everything they can into raising their children with an understanding of who they are as royals but as ordinary children too.’

The Prince and Princess of Wales have ‘it all worked out’ when it comes to navigating Charlotte’s position as ‘spare’, royal expert Katie Nicholl has claimed

She explained: ‘No one wants the next generation to suffer as Harry has suffered…it’s not a pretty picture.’

The royal expert said the family were enjoying a childhood which the brothers did not, adding: ‘I think when you look at the Cambridges and how they are raising their children, away from the spotlight, in pretty ordinary schools, in a regular cottage on the grounds of Windsor, having bucket and spade holidays and teaching them to sail on the broads in Norfolk….’

‘It does open up the question of the next spare, of Princess Charlotte.

I’m sure William and Kate have got that all worked out. 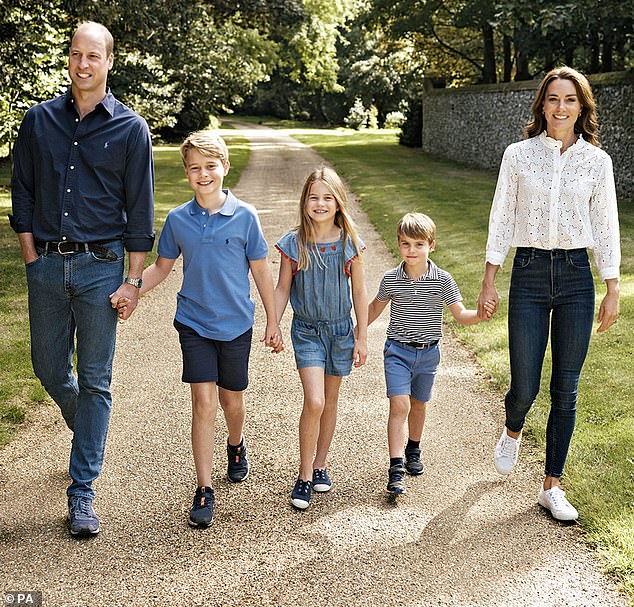 The royal expert said the family were enjoying a life which Prince William and Prince Harry didn’t get to have while growing up.

‘Reading Spare, if they do, I think at points it will be deeply uncomfortable for them.’

Earlier this month, the Duke of Sussex spoke candidly about his worries for Princess Charlotte and Prince Louis in an interview, noting that he hopes his efforts to highlight his own pain will pay dividends for the next generation.

‘Although William and I have talked about it once or twice, and he has made it very clear to me that his children are not my responsibility, I still feel a responsibility,’ he said.

‘Out of those three children, at least one will end up like me, the spare. And that hurts, that worries me.’ 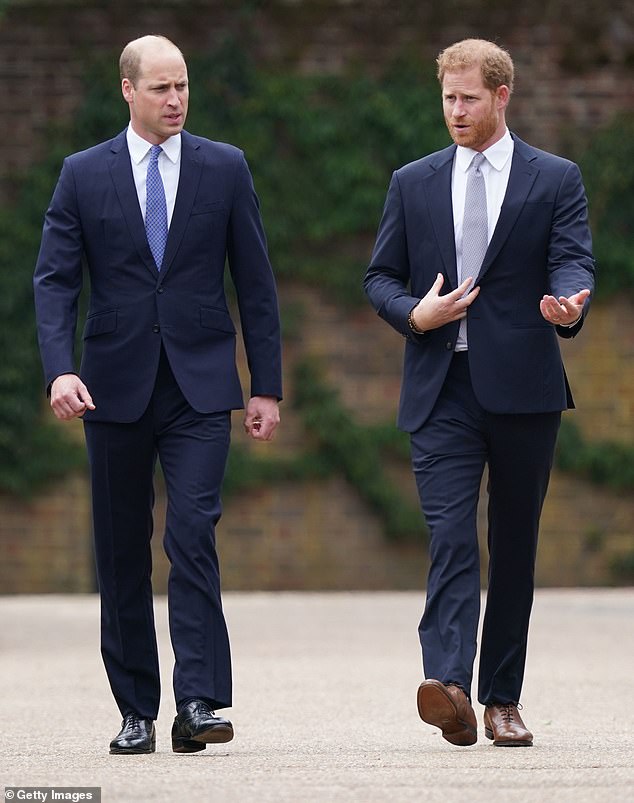 Earlier this month, the Duke of Sussex spoke candidly about his worries for Princess Charlotte and Prince Louis in an interview, noting that he hopes his efforts to highlight his own pain will pay dividends for the next generation.

William’s first-born Prince George is second in line to the throne behind his father, while younger siblings Princess Charlotte and Prince Louis are third and fourth.

It comes as it emerged the Duke and Duchess of Sussex and the Duke of York are ‘unlikely’ to join the King and Queen Consort on the balcony during the Coronation.

As with the late Queen’s Platinum Jubilee last year, the line-up of Royals alongside them will be restricted to working members of the family. That will exclude Prince Harry, Meghan and Prince Andrew, who no longer carry out official duties.

Prince Andrew stepped down from his official role after allegations of sexual abuse in November 2019. He has always denied the accusations.

Harry and Meghan quit their roles three years ago when they left Britain to start a new life in California.

Earlier this month, Harry released a tell-all book revealing past and present grievances against his family. In a television interview to promote his memoirs, he refused to confirm whether he would attend the Coronation even if he was invited.