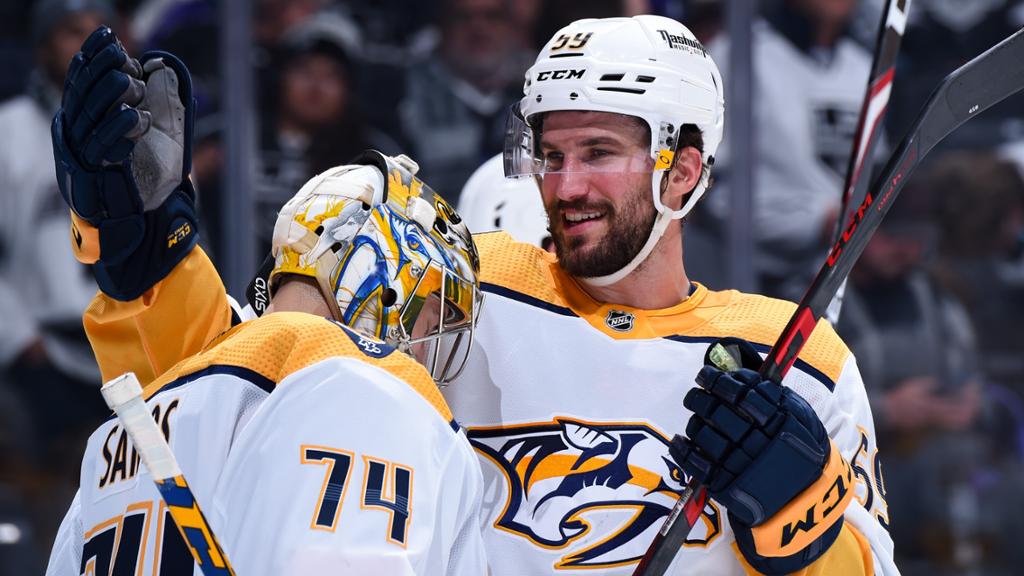 While Tuesday’s NHL Awards didn’t go the way many in Nashville had probably hoped – or possibly even expected – the Predators organization had plenty to hang their hat on by the end of the evening.

Tweet from @PR_NHL: Presenting the 2021-22 First All-Star Team.Auston Matthews, who captured multiple #NHLAwards tonight with the Hart Trophy as NHL MVP & Ted Lindsay Award for most outstanding player, heads the list of players as voted by @ ThePHWA.#NHLStats: https://t.co/R1Enw3ReAv pic.twitter.com/uAJ9MXV5uM

Though he didn’t return home with any additional hardware, Josi’s historic 96-point performance during the 2021-22 campaign did earn him a spot on the NHL’s First All-Star Team for the second time in his career.

There were plenty of reasons to be optimistic about Nashville’s defensive future too, as a rookie blueliner Alexandre Carrier earned a spot on the NHL’s 2021-22 All-Rookie Team with 95 votes. Carrier had a record-setting season with Nashville as well, tallying 27 assists and 30 points, both the most by a rookie defenseman in Predators history. He also led the Predators and placed third among NHL rookies with a +26 rating, the franchise record for any rookie skater.

On the subject of Preds rookies, winger Tanner Jeannot once again found his name in Calder Trophy discussion, finishing seventh in voting for the award after a rookie-leading 24-goal performance during the regular season.

Finally, there was much to be proud of in Juuse Saros, a Vezina Trophy finalist in his first season as starting goaltender. Saros finished third in Vezina Trophy voting after finishing sixth the season prior, a sign that perhaps the best is yet to come for the young netminder. In a regular season performance that saw Saros record 38 wins, a 2.54 goals-against average and a .920 save percentage, that prospect should be enough to excite any Smashvillian for the years to come.