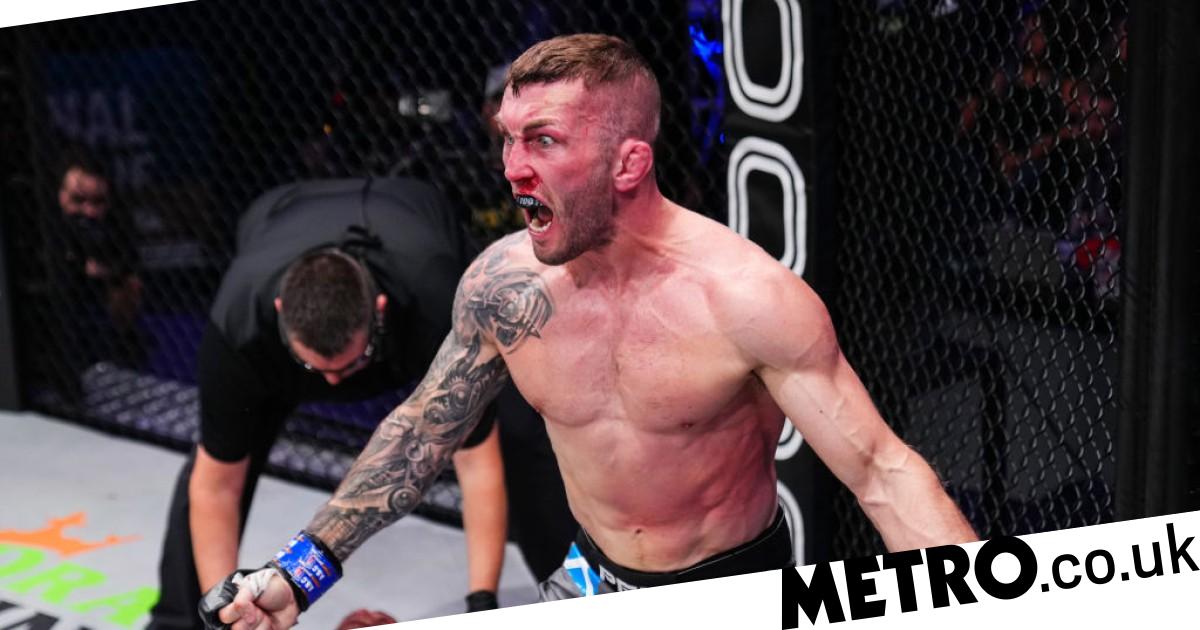 Two years on from leaving the UFC, Stevie Ray stands on the brink of becoming Scotland’s first MMA world champion.

‘Braveheart’ walked away from the sport in September 2020, less than a year on from a career-best win over Michael Johnson having just signed a new contract with Dana White’s promotion.

A chronic knee issue refused to go away and at the time, the Scot felt there was no way back. Having been told by doctors he would not fight again, it signaled a premature end to his story with UFC but a comeback with the Professional Fighters’ League this year offered him a route back to the top.

Back-to-back wins over former UFC lightweight champion Anthony Pettis in the summer saw him book a place in Friday’s PFL final title showdown against Olivier-Aubin Mercier, with the world title belt and a check for a cool $1 million awaiting for the winner .

It is a remarkable turnaround for the 32-year-old who now stands on the brink of joining Liam McGeary, Michael Bisping and Leon Edwards as MMA’s British world champions from major promotions and the first north of the border.

‘For a little while I did think I might be done,’ Ray told Metro.co.uk. ‘There were no offers coming through, the offers that were coming through were not even worth me until the PFL came along. When I got the offer, we got to work and it is paying off now.’

Recalling his UFC exit, which was compounded by a private dispute with the promotion, he added: ‘It was a bit upsetting when it happened but s**t happens, it is what it is.

‘I can feel sorry for myself and I did for a while, I felt it was unfair. I had just won the biggest fight of my career but I have just proved them wrong and a lot of other people as well.

A lot of people retire and then come back and can’t do it well, but what I have done proves I wasn’t ready to retire. It was an emotional decision. I have just won two of the biggest fights of my life on paper and in general, and now I feel like I am in the prime of my career. It feels good.’

Ray’s first fight in two-and-a-half years ended in disappointment in April, on the wrong end of a unanimous decision defeat to Alexander Martinez on his PFL debut.

‘I went in trying to win and was forgetting silly things,’ he recalled. ‘At the end of the fight, I knew I had lost the decision.’

What followed were two victories over Pettis, the PFL’s marquee signing in 2021, in the space of six weeks, both career-best wins in their own right having superbly submitted the American in June and sealing a unanimous decision win the second time out.

‘I came out both fights uninjured, my body was healthy after both fights,’ he said. ‘I knew I could compete at this level, I had already beaten guys like Michael Johnson, Joe Lauzon, Ross Pearson, I have been in there and beaten big names before and he was just another one. It just solidified the fact I knew I could still do it.’

After two years out of the game, it has been a whirlwind 2022 for Ray, months away from his home and away from his family in pursuit of the prize at the end of the road.

The journey began 12 years ago when Ray made his debut on a local Scottish show, picking up ‘maybe a hundred quid’ for his trouble that night. On Friday, the stakes will be far greater with a million on the line against Mercier, unbeaten this year and never stopped in the cage.

While a seven-figure check will of course be a welcome bonus, Ray heads into the biggest fight of his life content with whatever the outcome may be, ready to enjoy the most important things in life whether it’s as a world champion or not.

‘But I’ve got everything I need in life and that’s my family. Times like this, being away from my family in fight camp, it makes me realize what really is important in life. I wouldn’t trade that for any money.

‘You can get really stressed out with the pressure, thinking this is do or die for this million dollars but realistically that’s all just in your head.

‘The worst case scenario is I lose, I get paid for losing, I still get to go on holiday with my family and enjoy Christmas and those are the most important things in the world to me, that helps mentally. The million is just a bonus. I won’t lie, it will feel amazing but it is the cherry on top, my life is going to be good regardless if I win or lose.’

MORE : ‘I have a legacy to live up to’ – Biaggio Ali Walsh, grandson of legendary boxer Muhammad Ali, signs contract with MMA promotion PFL

MORE : ‘Americans will be coming over here soon!’ – Brendan Loughnane proud to be part of the UK’s MMA boom as he chases PFL glory

For more stories like this, check our sports page.