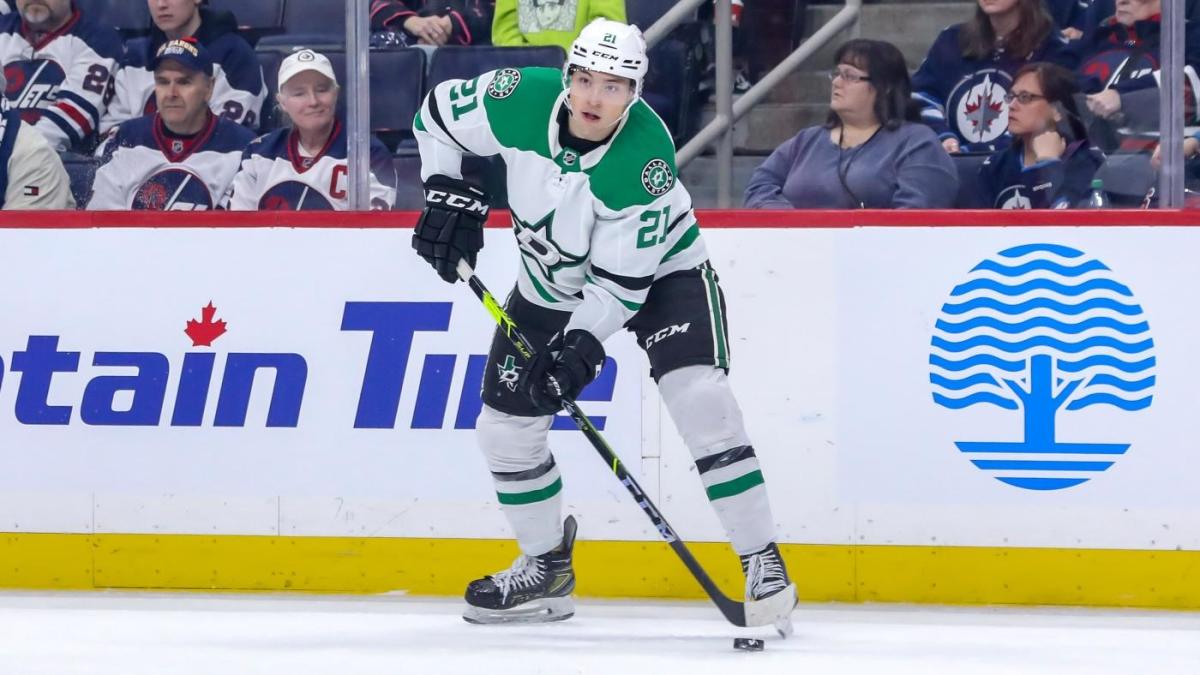 Welcome to the NHL Star Power Index: A weekly gauge of the players who are controlling substantial buzz around the league. When a player is included on this list it may not be a good thing — it means that they are capturing a large amount of the hockey world’s attention.

These players are in no particular order when it comes to the amount of buzz that they’re creating. We’ll revisit the Star Power Index every week throughout the regular season.

Jason Robertson may be starting just his third full NHL season, but that hasn’t stopped him from placing himself among the league’s most dangerous players.

Entering Thursday, Robertson ranks third in both points (31) and goals (16). The Dallas Stars standout is tied with Edmonton Oilers star Connor McDavid and Vancouver Canucks star Bo Horvat for the league lead in that department.

In four games over the past week, Robertson has tallied five goals and an assist, including a pair of two-goal performances against the Colorado Avalanche and Chicago Blackhawks.

As crazy as it sounds, Robertson’s two-goal outing against Chicago on Wednesday was only his third multi-goal game of the season. Still, consistency has been a constant theme for the Stars winger as he has scored in 13 of his 20 games during the 2022-23 campaign.

Robertson even had a flair for the dramatic against the Avalanche as he scored his second goal to tie the game at 2-2 with just 25.8 seconds remaining in regulation. The 23-year old parked himself down low, received a pass from teammate Roope Hintz, and ripped the puck past Avalanche goaltender Alexandar Georgiev.

It’s no secret why the Stars locked up Robertson with a four-year, $31 million contract rather than risk moving on from the 2017 second round pick. Robertson is clearly the face of the franchise in Dallas and is one of the main reasons why the Stars have been off to a terrific start this season.

Even at 35 years old, Sidney Crosby is still one of the elite players in the NHL. In recent weeks, he’s certainly been putting that fact on full display.

Over his last four games, the Pittsburgh Penguins captain has tallied three goals and seven assists in a sensational offensive stretch. Crosby has registered multiple points in three of those four games while recording four points in two of those contests.

On Sunday, Crosby had a tremendous game in which he racked up a goal and three assists in a 5-3 win over the Chicago Blackhawks. Crosby registered the primary assists on goals from teammates Rickard Rakell and Jeff Carter.

Crosby’s assist on Rakell’s goal was an example of Crosby’s incredible vision on the ice. Early in the second period of Sunday’s game, Crosby received the puck from Marcus Pettersson at the face-off circle and whipped a cross-ice pass over onto the tape of Rakell’s stick. Rakell certainly didn’t miss the one-timer opportunity as he ripped one past Blackhawks goaltender Arvid Soderblom.

During last Thursday’s 6-4 win over the Minnesota Wild, Crosby also had a tremendous game with two goals and two assists. Crosby scored or assisted on four of Pittsburgh’s six goals on the night.

It’s downright impressive that Crosby is still playing at such an incredibly high level at this stage of his career. After losing seven consecutive games earlier this season, Crosby has been a huge part of the Penguins’ turnaround as they are currently on a three-game winning streak.

The Winnipeg Jets were expected to be among the league’s worst teams and even be in the running for top prospect Connor Bedard in the 2023 NHL Draft. However, the Jets have gotten off to a surprising 11-5-1 start and goaltender Connor Hellebuyck is one of the biggest reasons for the team’s early season success.

Hellebuyck currently ranks fourth in the NHL in save percentage (.928) and ranks seventh in goals-against-average (2.35) in 14 starts this season. The 29-year old also has a pair of shutouts to his name, which is tied for first in the league along with Detroit’s Ville Husso and Vegas’ Logan Thompson.

The Jets goalie has yielded two or fewer goals in eight of his 14 starts while also surrendering a goal or less in four of those outings. Hellebuyck is in the midst of having a strong month of November in which he’s accumulated a 4-3-0 record to go along with a solid 2.29 goals-against-average and .924 save percentage.

Aside from a forgettable six-goal outing against the Minnesota Wild on Wednesday, Hellebuyck allowed just seven total goals in three starts over the past week, and stopped at least 29 shots in each contest. He turned aside 29 of the 31 shots that he faced in a tough 3-0 loss against the Penguins on Saturday.

Since the Jets only average 2.94 goals-per-game, Winnipeg has leaned on Hellebuyck to keep the team in the majority of games this season. His 424 saves are good for second in the entire NHL and he’s turned away 40-plus shots on three occasions throughout the 2022-23 season thus far.

If Hellebuyck continues to play at an elite level, it’s hard to imagine the Jets not at least hanging around in the playoff race the majority of the regular season.

Looking at the opposite end of the goalie spectrum, Sergei Bobrovsky is not having a banner year for a Florida Panthers team that captured the Presidents’ Trophy last season.

Bobrovsky has had five games in which he’s yielded at least four goals, including surrendering five goals in two of those contests. After posting a 3.06 goals-against average over the first month of the season, November has been even worse for the 34-year old as he’s recorded a brutal 4.38 goals-against average and .877 save percentage.

It’s quite possible that Father Time is simply catching up with Bobrovsky. In each of his last three seasons prior to the 2022-23 campaign, Bobrovsky has registered goals-against-averages of 3.23, 2.91, and 2.67. That’s certainly not what the Panthers envisioned when they signed the veteran goalie to a seven-year, $70 million contract back in 2019.

At this point, Bobrovsky is splitting time with 21-year old Spencer Knight in net for the Panthers. Bobrovsky has started 11 games compared to Knight’s 10 contests.

Considering Bobrovsky’s recent struggles, it may be time to hand the starting job over to Knight. After all, Knight has a 6-3-1 record, a 2.39 goals-against-average, and a .922 save percentage on the year thus far. Giving Knight more time in the crease may be a necessary change for a team that currently has just a 10-8-2 record (22 points) and sits in fifth place in the Atlantic Division.