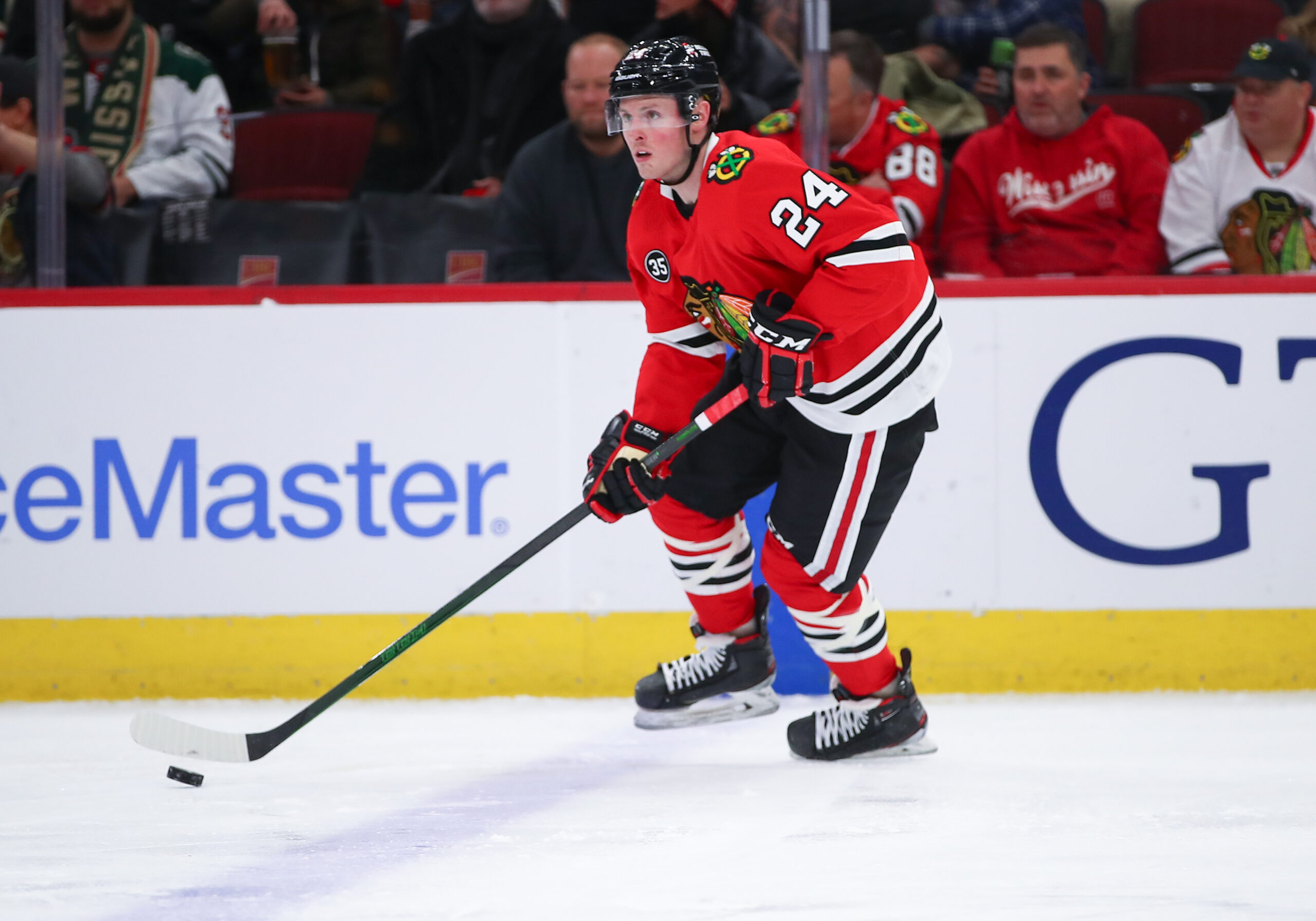 In today’s NHL rumors rundown, Nikolaj Ehlers underwent surgery and will be out six-to-eight weeks. Can or will the Jets do anything to replace his production? Meanwhile, the New Jersey Devils have started negotiating with Jesper Bratt and the Edmonton Oilers are eyeing the kinds of players as possible trade options that don’t currently exist on their roster. And, how aggressive is Ryan Reynolds getting when it comes to trying to buy the Ottawa Senators?

According to Sean Reynolds of SportsnetNikolaj Ehlers had successful surgery but team reporter Sarah Orlesky tweets that the expected recovery period is between six and eight weeks. Sports hernia surgeries are well-known for taking longer than expected and it could be something that hinders Ehlers for some time, even after he returns. The question in Winnipeg now is what do the Jets do with the cap space freed up by Ehlers’ eventual LTIR situation?

If he’s expected to be back in January, the Jets may elect to do nothing. If they think this could last a lot longer than that, Winnipeg may consider adding a piece now, trying to move a body if they need to clear cap space later, and potentially holding Ehlers out of the lineup until closer to the postseason (even into it if he suffers any kind of setback). The Jets will have to closely watch the progress of his rehab while getting feelers out there on the market.

Speaking with The Fourth Period, Devils’ general manager Tom Fitzgerald confirmed that talks between him and Jesper Bratt’s agents have begun. Fitzgerald noted:

Discussions conveniently have started. You know, with a hello to his agent, actually it was (Monday) night we sat together just to go through some things and what we’ll get going. I just don’t want this to be a distraction to the player. You know, as we go along, we know how we feel about him. And we want to tie him up long-term. We hope the feeling is mutual.

The GM hinted that he’s looking for Bratt to consider the overall team structure when negotiating his salary and alluded to the fact that the organization needs to sign players around him if they want to build a winning team. The suggestion here is that Bratt doesn’t ask for full market value.

Bruce Garrioch notes that actor Ryan Reynolds wants to produce a “Welcome to Wrexham”-style documentary if he’s part of the ownership group that purchases the Ottawa Senators. Reynolds has been meeting with potential buyers to form an ownership team that would include himself as he does not have the funds alone to purchase the franchise.

NHL sources say Vancouver-born actor Ryan Reynolds has been aggressive in his pursuit of the Senators since attending a game in Ottawa 10 days ago… We’ve also been led to believe the 46-year-old Reynolds held talks with NHL commissioner Gary Bettman to express formal interest. The league would love to see Reynolds as part of a group.

source – ‘GARRIOCH: Bidding for Senators about to get serious as Ryan Reynolds steps up efforts to be part of a group’ – Bruce Garrioch – Ottawa Sun – 11/19/2022

In the meantime, the Senators are being aggressively asking around the league for news on available defensemen. They know how badly they need one and they also know that other teams are in the market now and could be competing for the same players. Elliotte Friedman of Sportsnet notes they may consider adding a sweetener to move Nikita Zaitsev but have a limit on what they would do. Timing will be key for them.

Kurt Leavins of the Edmonton Journal points out that both Friedman and Frank Seravalli have brought up forward Sam Lafferty with respect to the Edmonton Oilers. He carries a $1.15 million salary cap through next season and there is some thought that the team might be prepared to move one of the unproductive forwards out to make room.

He is a 27-year-old, 6’1 200LB right-shot Center, 50% on draws so far this season. He is physical, can skate, and can PK. He brings an overall dimension that does not currently exist in the Oilers Bottom-6. It would have to be money-in, money-out to make it work cap-wise. But it is something worth watching as Ken Holland continues to assess the roster and muse over which buttons to push to take this team over the top.

source – ‘As the Edmonton Oilers try to shuffle amid cap constraints who is not covering the bet?: 9 Things’ – Kurt Leavins – Edmonton Journal – 11/20.2022

There have also been some rumblings that the Oilers are looking to increase their level of team toughness and might be inquiring into the availability of Ryan Reaves. It sounds like they might be too little, too late, as Kevin Weekes is reporting that the Rangers have traded Reaves to the Minnesota Wild. The deal is Reaves to Minnesota for a 2025 fifth-round pick. No salary retained.

Jim Parsons is a senior THW freelance writer, part-time journalist and audio/video host who lives, eats, sleeps and breathes NHL news and rumors, while also writing features on the Edmonton Oilers. He’s been a trusted source for five-plus years at The Hockey Writers, but more than that, he’s on a mission to keep readers up to date with the latest NHL rumors and trade talk. Jim is a daily must for readers who want to be “in the know.”

Other content contributions include: NHLtradetalk.com, The Sportster and hosting weekly video casts, THW News and Rumors Rundown, plus Oilers Overtime.