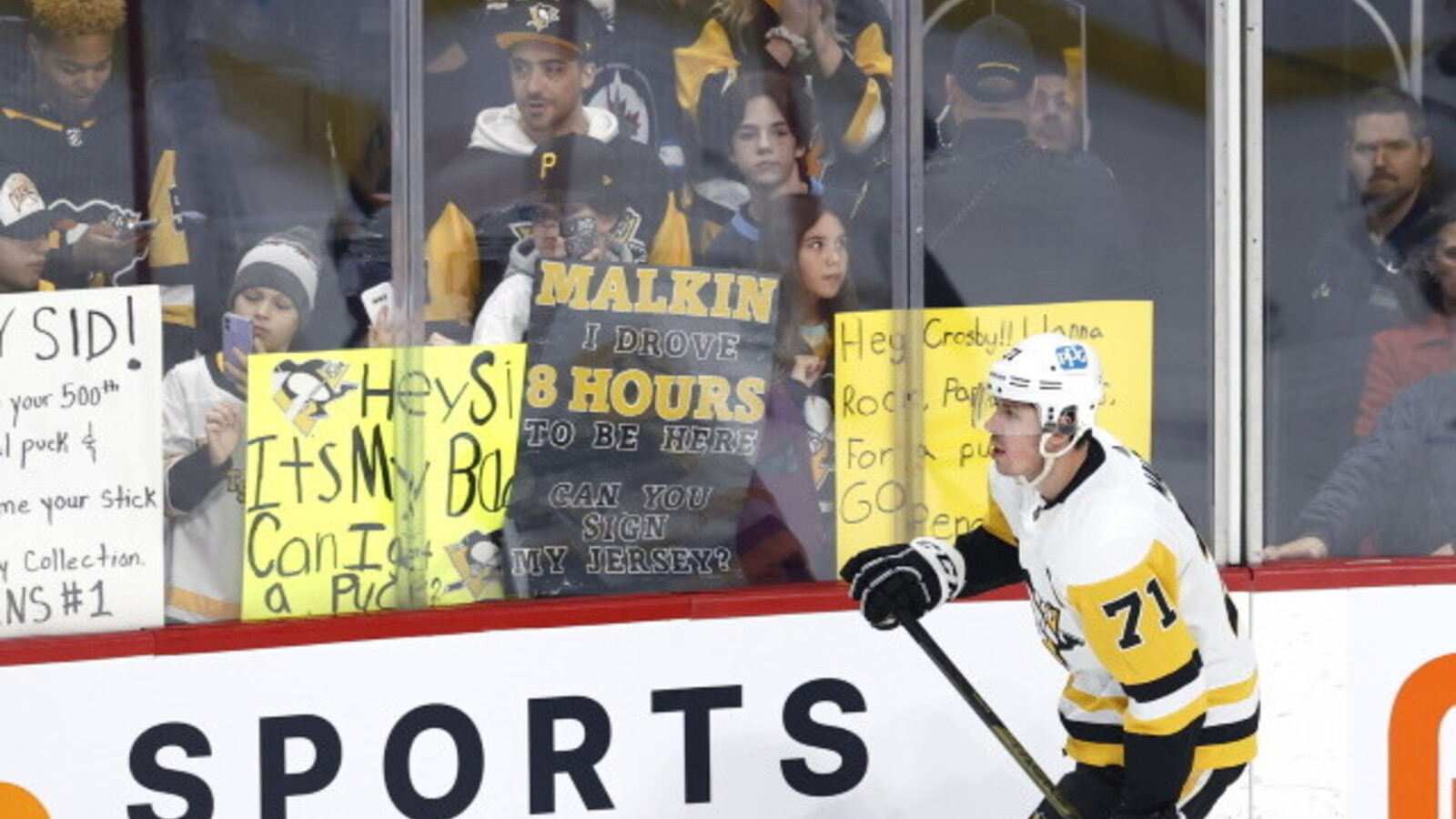 Bob Grove: Most assists from Evgeni Malkin on goals by:

Shane Wright to the AHL on a conditioning stint

Seattle Kraken: Forward Shane Wright has been sent to the Coachella Valley Firebirds of the AHL on a conditioning loan.

Chris Johnston: Wright can stay with Coachella for 14 days and he could be released to play in the World Junior Championships when he’s done his conditioning stint.

Sammi Silber: The Washington Capitals have loaned forward Connor McMichael to Hershey of the AHL.

Forward Nick Schmaltz is also expected to return to the lineup.

Charlie O’Connor: Philadelphia Flyers forward Travis Konecny ​​returned to Philadelphia over the weekend to have his upper-body injury re-evaluated.

Charlie O’Connor: Flyers forward Scott Laughton was walking around Saturday night after the game and head coach John Tortorella did not have an update. Laughton does have a concussion history so there should be some concern.

Scott Billeck: Winnipeg Jets forward Nikolaj Ehlers will be having sports hernia surgery this week and there is no timeline yet for his return.