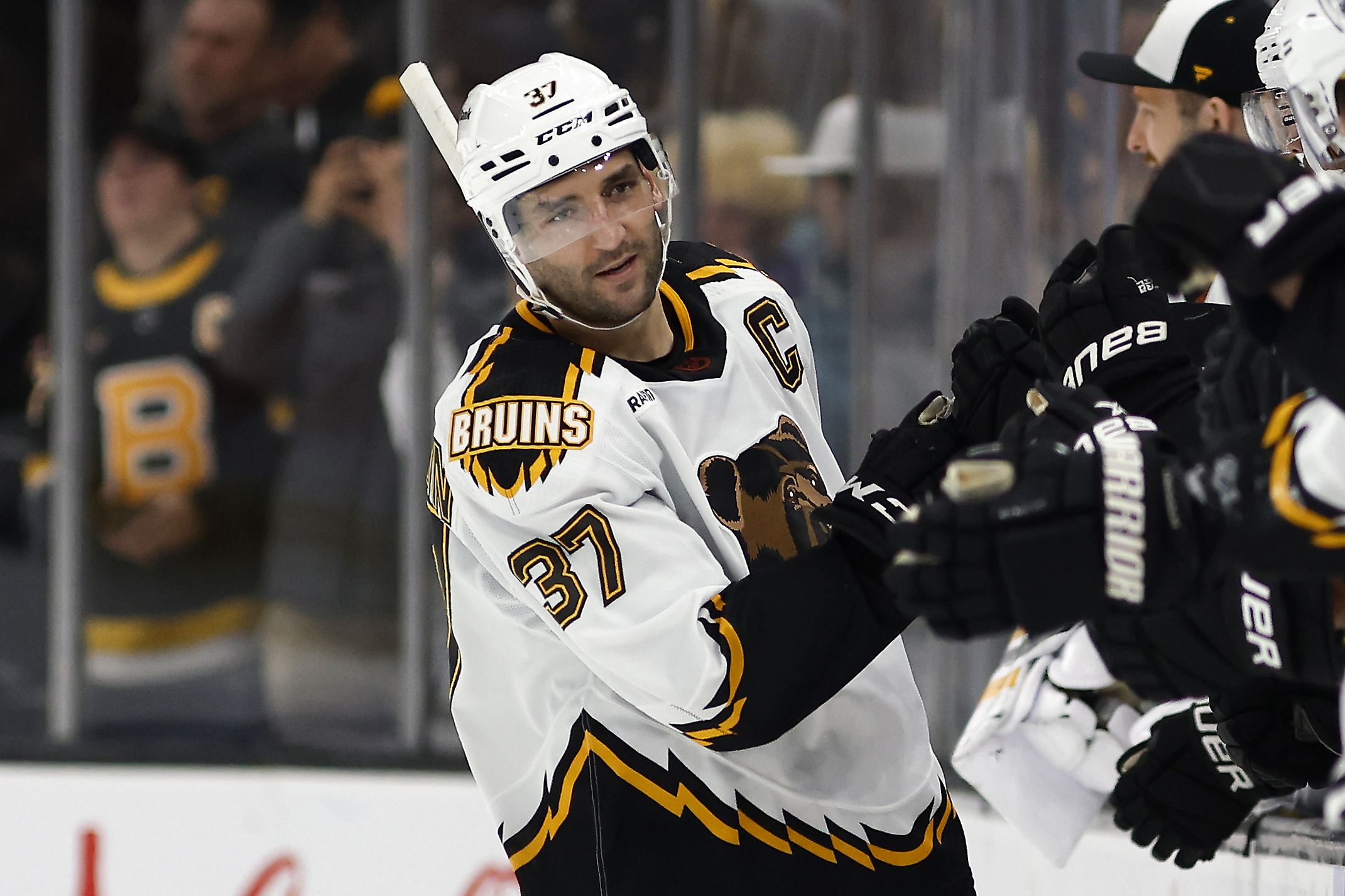 Recap: Tuesday’s best bet on the Los Angeles Kings got off to a great start, with the Kings jumping out to a 2-0 lead just five minutes into the game, but despite being outplayed, the Rangers scored three unanswered goals in the second period went on to win the game.

I’m tracking all my plays on Betstamp: a third party bet tracking app. The bets reveal themselves after the games start. I keep my own personal records as well and they may differ slightly from Betstamp due to several factors, but for the most part, it should line up closely.

All game lines via DraftKings Sportsbook and BetMGM Sportsbook, but I will sometimes use the consensus odds from the VSiN NHL Odds page if it is a better price and widely available. All recommended bets will be accompanied by recommended stake size. All stats via Evolving Hockey and Natural Stat Trick.

Spencer Knight hasn’t been great this season, but he’s been good, and he seems to be better than Sergei Bobrovsky. Knight hasn’t really been tested all that much, though, and Wednesday’s game against the Bruins will be his biggest challenge to date. No team scores goals at a higher rate than Boston. In fact, they’re the only team that’s scoring four-plus goals per 60 minutes. It doesn’t hurt that Linus Ullmark has been one of the best goaltenders in the league, either. Last season, the Panthers were able to outscore their defensive deficiencies, but offense has not come as easy to the team this season. Florida ranks 21St in goals. The Panthers’ offense has been better than of late, but they’re only scoring as many goals as their defense gives up. There’s no guarantee that Ullmark will play this game, as backup Jeremey Swayman needs to get some more work in, but the Bruins should be the favorite regardless. According to my NHL betting model, the Bruins will win the game approximately 54.5 percent of the time.

After scoring at least three goals in each of their first seven games, the Wild ranked fifth on offense through the first few weeks of the season. Winnipeg is a middle-of-the-pack offensive team, but since October 29thMinnesota ranks 31St on offense. The Wild are one of two teams that have scored fewer than two goals per 60 minutes over the last 11 games. They’ve been unlucky, but they’re sort of right where they should be, as only four teams have generated fewer expected goals in November. The Jets are the superior team, and no goaltender is playing as good as Connor Hellebuyck (+13.9 goals saved above expected) is right now. My NHL betting model suggests the Jets should be a value bet because they should be priced closer to +115.

Notes: Minnesota forward Ryan Hartman and starting goaltender Marc-Andre Fleury are not expected to be back in the lineup until later this week. Winnipeg is missing forwards Nikolaj Ehlers and Mason Appleton, but it is unclear if defenseman Dylan Demelo will return to action.

This bet feels incredibly square because my model has been slow to catch up to the market when it comes to the Devils. These two teams played last week, and I didn’t bet on the Devils at plus money, so laying -140 on them on Wednesday just feels wrong. However, New Jersey didn’t just beat Toronto, they dominated them like they have just about every team they’ve played so far this season, and now, the Maple Leafs’ blueline is in rough shape due to injuries. The team’s been without Jake Muzzin for a while, and will be for the foreseeable future, and now Morgan Reilly and TJ Brodie are expected to miss time. Toronto did not score an even strength goal versus New Jersey in the first game and their share of expected goals was around 34 percent. Both teams are among the top-10 in expected goals, but it’s not close. New Jersey’s expected goals percentage sits roughly 10 points higher than Toronto’s and so does their goal share. The Devils are everything the Maple Leafs should be, and my NHL betting model estimates that they will win the game about 60 percent of the time.

It’s not surprising to see Edmonton struggle defensively, or to see them brought down by poor goaltending, but it is shocking to see how bad they’ve been offensively at even strength. The Oilers rank among the top-10 teams on offense in all situations, but they sit 24th in goals at even strength. New York, on the other hand, ranks as the seventh-best team in goals at even strength. The Islanders have one of, if not, the best goaltenders in the league in Ilya Sorokin (+13.9 goals saved above expected) and, unlike the Oilers, they’re a good defensive team. New York has been good at home so far this season (6-2 straight up) and as good as Sorokin has been, a lot of their success can be attributed to their offense, which ranks 10th overall and has produced 3.75 goals per game at home. According to my NHL betting model, the Islanders should be priced around -135 if Jack Campbell (-7.8 goals saved above expected) and Ilya Sorokin are the starting goaltenders. But, even if Semyon Varlamov (+3.7 goals saved above expected) gets the nod, the Islanders will win the game more often than the Oilers. I just need to know who is starting in goal for both teams before I can decide whether I want to bet on the home team or not.

If you jumped on Seattle’s opening odds, which were as low as -155 at some shops, you did well for yourself. However, there’s a chance that Philipp Grubauer could make his first start since October 21St, and that could be trouble for the Kraken. Grubauer was one of the worst goaltenders in the league last season and he posted an .880 save percentage before being injured and that’s enough to scare me away from laying -170 on Seattle. The Sharks are a bad hockey team, and the Kraken are their opposite in many ways, but I can’t discount the impact that goaltender Martin Jones has had on the team. Jones has saved Seattle about five goals above expected in 15 games and I’m concerned that Grubauer could undo a lot of the good work that the team has done in his absence. Seattle is a value bet if Jones starts in goal, as the odds my model generated imply that they will win the game about 65.5 percent (-190) of the time, but I’m not backing them at -170 unless the team confirms that Grubauer will be sitting this one out. San Jose ranks seventh in goals over their last 12 games, which must be taken into consideration.

Philadelphia is probably the one team that’s in worse shape than Washington right now, and the Capitals might get reinforcements back on Wednesday. The Flyers were already without Sean Couturier, Cam Atkinson, James van Riemsdyk and Scott Laughton. Now, Travis Konecny ​​has been put on the shelf. Meanwhile, both Dmitry Orlov and TJ Oshie returned to practice with the Capitals on Monday. Washington hasn’t been good this season, which is a sore spot for me thanks to some futures bets that aren’t looking too hot, but they’re still capable of beating up on the Flyers. Goaltender Carter Hart looks like he’s finally figuring it all out, but the team in front of him is nowhere close to that point. If Orlov and Oshie both return to action, my NHL betting model’s odds imply that they will win the game more than 65 percent (-240) of the time.

Both Pittsburgh and Calgary seem to be trending upward, and therefore, this game projects to be evenly matched, but I continue to wonder when Flames’ head coach Daryll Sutter is going to give his starting goaltender a rest. Jacob Markstrom has started the last five games, including the first three games of this road trip, and that means backup Dan Vladar has been sitting since November 10th. My model suggests this game should be priced around -120 in favor of the Penguins IF they must face off against Markstrom. Clearly, their chances of winning will increase significantly if Sutter ends up going back to Vladar. Markstrom hasn’t been good this season, but neither has Vladar, and the former’s ceiling is higher. Vladar is still a bit of an unknown, but right now, the Flames seem to be downgrading in goal whenever he starts. Vladar’s last game came against the Boston Bruins, so it wouldn’t surprise me if Sutter decoded to go with him on Wednesday in Pittsburgh.

Notes: Penguins’ goaltender Casey DeSmith is listed as day-to-day with an upper body injury. Therefore, Tristan Jarry is the expected starter for this game.