When the NBA Academy was launched in 2016, one of the main goals was to identify and develop the top basketball prospects from around the world.

Josh Giddey became the first NBA Academy graduate selected in the NBA Draft after being picked sixth overall by the Oklahoma City Thunder in 2021. When the 2022 NBA Draft is held on Thursday, three more former academy graduates are expected to have their names called.

“In just the first few years of the program, to see these young NBA Academy graduates achieve their lifelong dreams of being drafted into the NBA is a tremendously rewarding feeling for all our coaches and staff,” said Chris Ebersole, the NBA senior director who oversees the elite development of the NBA Global Academy. “We are so proud of these players for representing themselves, their home countries, and the NBA Academy program so well, on and off the court. We are excited to watch their continued success at the NBA level. “

Daniels could be the latest Australian to make a meaningful impact in the NBA.

Daniels, who is from Australia, had a good season with the G League Ignite. He is projected to be a lottery selection. The 6-6 point guard has great size and is an above-average defender and playmaker. He averaged 11.9 points, 7.4 rebounds, 5.1 assists and 2.1 steals in 15 games with the Ignite, and his play improved as the season went along.

“Dyson’s pathway – from the NBA Global Academy to G League Ignite to the NBA – is illustrative of the NBA’s commitment to developing young athletes and preparing them for the highest levels of the sport,” Ebersole said. “The leaps that Dyson has made with his game speak to his professional approach and his desire to get better every day. We’re so proud of Dyson and excited to see his hard work paying off. “

Daniels was teammates with Giddey at the NBA Global Academy in Canberra, Australia. 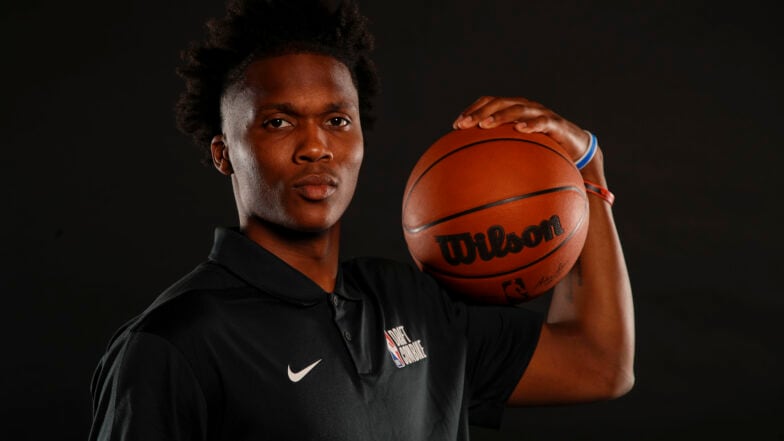 Mathurin’s athleticism could be his ticket to a lottery selection and NBA minutes.

Mathurin, a Canadian native, enjoyed a highly successful college career at Arizona. He is 6-foot-6, and what separates him from a lot of players is his athleticism. The 19-year-old wing is explosive and made several highlight-reel plays with the Wildcats. He competes and has a good enough jumper to play the two. He is predicted to be a lottery pick.

BENNEDICT MATHURIN WITH THE DUNK OF THE TOURNAMENT 😱 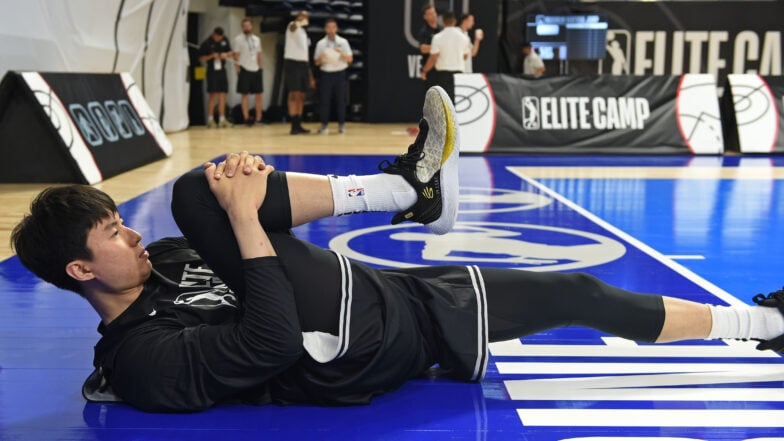 Hyunjung Lee’s shooting stroke has garnered interest ahead of the 2022 Draft.

The 6-foot-7 Lee, who is from South Korea, averaged 15.8 points, 6.0 rebounds and 1.9 assists per game at Davidson. He is expected to be picked in the second round, and if selected, he would be just the second Korean player in the NBA.

His 50-40-90 shooting splits are what have teams buzzing. Just like Stephen Curry, another former Davidson player who used to fill up the nets, Lee wasn’t highly recruited out of high school.

“From his first day with the NBA Global Academy, Lee has been an exceptional shooter, one of the best I’ve seen at any level of basketball, and he’ll continue to hang his hat on that elite skill,” Ebersole said. “At the NBA Global Academy and then at Davidson, Lee put in the work to develop his entire game, including his defense, his ball-handling, and his off-ball movement, and his well-rounded game enabled him to achieve historic success in the college ranks. We’re proud of Lee and excited for him as he embarks on his NBA journey. “