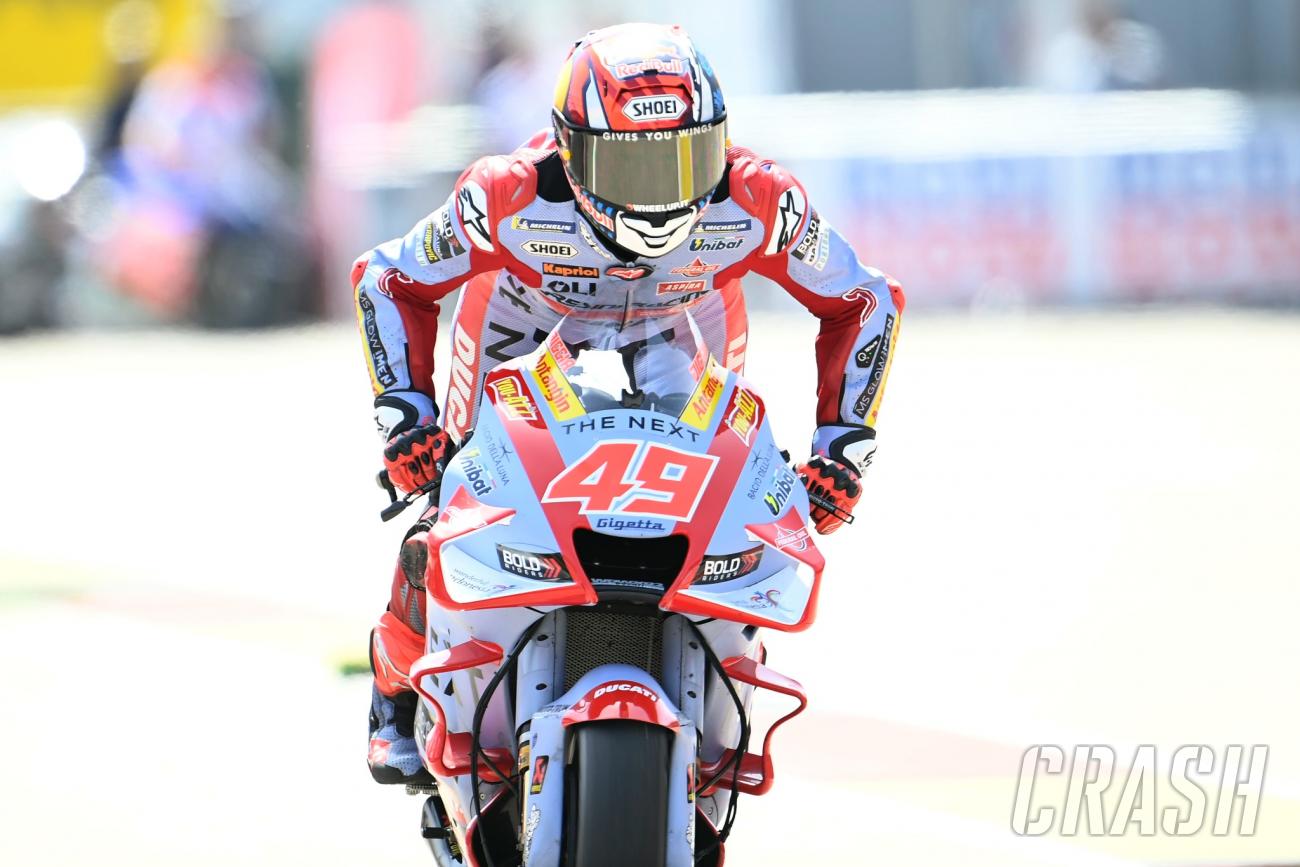 But the first satellite place could be announced this weekend at Assen, with Gresini rookie Fabio di Giannantonio strongly hinting that he will head for the upcoming summer break ‘relaxed, calm and with a big smile’ over his future.

After failing to score in the opening six rounds, the young Italian has claimed 16 points in the past four rounds, including a shock home pole at Mugello and best-yet eighth place last Sunday in Germany.

Those performances have also moved ‘digia’ up to second in the rookie standings, behind only VR46’s Marco Bezzecchi, justifying the faith shown by the late Fausto Gresini, who signed the 23-year-old on a Moto2-to-MotoGP contract for the 2021 and 2022 seasons.

“I expect to be in MotoGP next year!” said Giannantonio, who like team-mate Enea Bastianini races a 2021 spec Ducati. “I think this weekend you will know something more and I hope to arrive at the beach more relaxed, more calm and with a big smile!”

di Giannantonio would be Gresini’s first signing for next year, with triple race winner Bastianini currently locked in a duel with Pramac’s Jorge Martin for Jack Miller’s factory seat.

A final decision on which of the young guys will be chosen as Francesco Bagnaia’s team-mate is not expected until late-August.

Looking back on the opening half of his first MotoGP season, di Giannantonio said he would give himself a score of 7-7.5 out of 10.

“That was also my average at school,” he joked. “Hopefully in the last part of the season I could reach 8.5 maybe 9.

“As a rider, I’ve learned a lot of things, how to use the electronics during the race, how to manage the weekend with the tires, how and when to push and also now I can ride the bike with more technique than power .

“On the technical side we also changed the bike, not hugely, but a few things on the set-up that allowed me to go faster. So from where we were at the beginning. I think we have done a great step. “