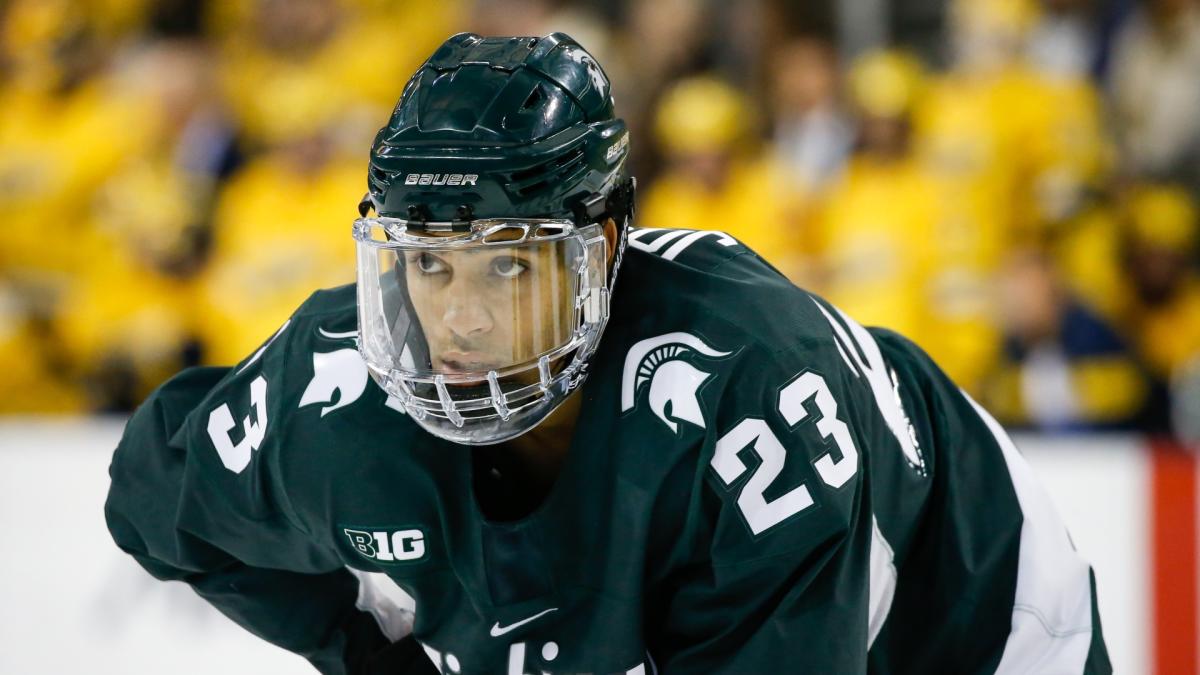 Michigan State hockey player Jagger Joshua is calling on the NCAA to take action after he alleged that he was taunted with racial slurs by an opponent.

The 23-year-old forward said in a statement Monday that an Ohio State player repeatedly called him a racial slur during a game on Nov. 11. The player, who is unnamed in the statement, received a misconduct during the game after a referee overheard the taunting.

Joshua, however, expressed his displeasure with the handling of the incident in the immediate aftermath, explaining that no further public action has been taken by the Big 10 or Ohio State.

“The inaction has left me feeling confused and pessimistic about the movement of diversity within hockey culture,” he said. “The ignorance of racism does not belong in our game, and I feel that I need to make people aware that this incident occurred, because without acknowledgment, the problem gets worse.”

In addition to Joshua’s statement, the Michigan State Spartans also released a statement, reiterating their support for the senior.

“As a department, we are committed to providing opportunities for all student athletes to compete in a space free from discrimination, racism, or hate.” Alan Haller, the university’s VP and Director of Athletics said.

While no Ohio State player was named, Buckeyes center Kamil Sadlocha did receive a game misconduct during the game in question. Sadlocha notably played in Ohio State’s following two games against Notre Dame.

Joshua received widespread support from across Twitter following his public statement, including some kind words from several prominent voices in the hockey community.

On the season, the Michigan native leads all Spartans with six goals, to go along with 11 points through 14 games. His Spartans currently sit at 5-2-1-0 within the Big 10, good for second in the conference.

Jagger’s older brother Dakota is a forward for the Vancouver Canucks.