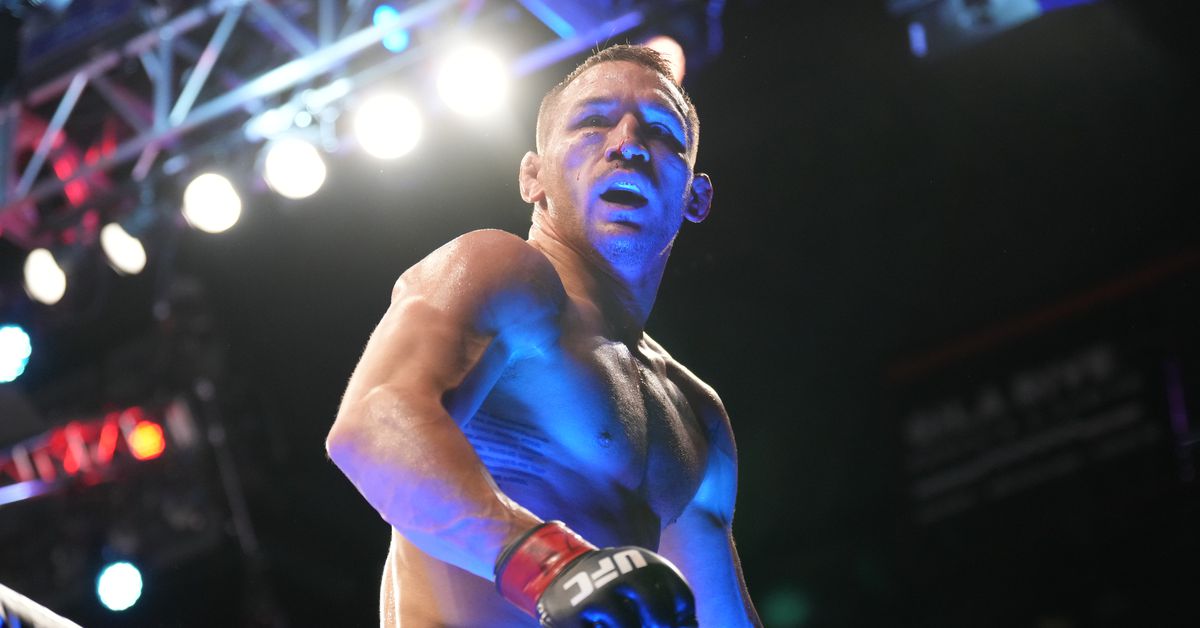 Michael Chandler has responded to Dustin Poirier’s recent tweet about him, and also explained why he didn’t call Poirier out following his UFC 274 win – it was solely a case of out of sight, out of mind.

After Chandler viciously knocked out Tony Ferguson in the featured bout this past Saturday in Phoenix, he cut a great promo calling out names such as Charles Oliveira and Conor McGregor, but didn’t mention Poirier – which is something the former interim champion noticed in the event’s aftermath.

A lot of names being said by Iron Michelangelo but I’m not hearing mine. Respectfully

With Nate Diaz also expressing interest in fighting the former Bellator champ, Chandler was asked if he had a choice between Diaz and Poirier to face next, it would be the former by a long shot.

“It would be Diaz. I have no interest in fighting Dustin, honestly, ”Chandler said on The MMA Hour. “To be quite honest, I think he’s a great dude. I think I like him for the sport, but I also think I was completely disregarded and pushed aside whenever I came into the organization. He completely disregarded me, he acted as though I didn’t deserve to be where I was.

“Maybe it’s a bit more of a personal issue, but I also don’t think … is Dustin a draw? I guess he’s the No. 2 guy [in the UFC rankings] now, but he’s just kind of stayed at No. 2 and I don’t know how active he’s going to be. I did see him tweet that I was saying everyone else’s name but his as if I didn’t want to fight him for technical reasons or what not, but it’s more like I forgot about him. ”

The No. 6 ranked lightweight in MMA Fighting’s Global Rankings is now 2-2 in his four octagon appearances, with all four contests being incredibly entertaining bouts. Poirier has been known to find himself in a wild battle or two in his own right.

Although it would be an incredibly exciting 155-pound matchup on paper, Chandler is sticking with a “thanks, but no thanks” approach to the fantasy matchmaking.

“Hat’s off for what he’s done in his career and I respect the heck out of him, he makes some great hot sauce,” Chandler explained. “But as of right now, I don’t really have any desire to fight him.”