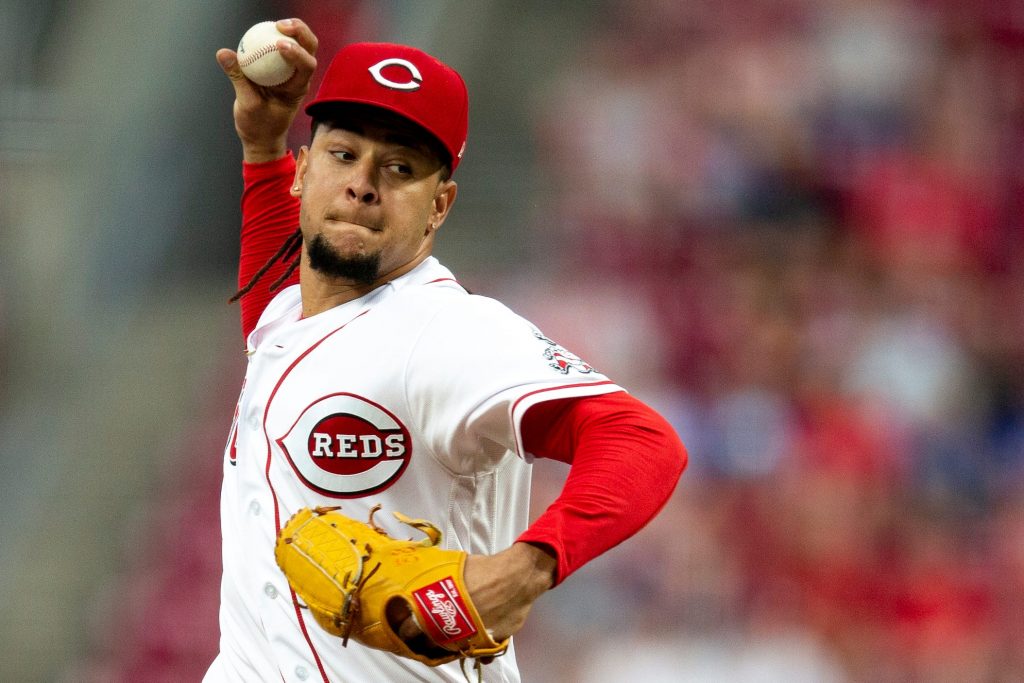 The Reds have a pair of top trade candidates on this summer’s market, with starting pitchers Luis Castillo and Tyler Mahle each midway through their penultimate seasons of club control. Rotation-needy teams will be in discussion with Cincinnati general manager Nick Krall and his staff over the next six weeks, and a few have already expressed early interest in Castillo.

Jon Heyman of the New York Post lists the Twins, Mets and Padres among the clubs in the market. That surely won’t be an exhaustive list, as virtually every contender could find room in their starting five for a pitcher of that caliber. Castillo is playing this season on an affordable $ 7.35MM salary (a bit more than half of which is still owed), so most clubs shouldn’t have an issue fitting him in the picture financially.

Castillo has been one of the sport’s more consistently productive arms over the past few years. Despite spending his entire MLB career with a team that plays in one of the most hitter-friendly home ballparks, the righty has an ERA below 4.00 in five of his six seasons. That includes this year’s 3.71 mark through nine starts and 51 innings.

The 29-year-old’s underlying numbers haven’t been quite as strong in 2022 as they’d been in prior years. His 22.9% strikeout rate and 10.5% swinging strike percentage are right around this season’s respective league averages for starters. Castillo’s 49.6% ground-ball rate is strong but down from the 55-58% range in which he sat every year from 2019-21. He’s also lost a tick on the average velocity of his four-seam and sinking fastballs, perhaps related to a bout of shoulder soreness that cost him the first month of the year.

While Castillo’s first couple months might be a bit underwhelming relative to his lofty standards, there’ll still be no shortage of demand. Even his slightly diminished fastball checks in north of 96 MPH on average. His performance this season has remained solid – his 3.71 ERA and 3.88 SIERA are below the respective 4.10 and 4.09 league marks for starters – and the native of the Dominican Republic has shown impact potential in the past. Between 2019-21, Castillo ranked among the top 25 qualified pitchers in the ERA and strikeout rate and posted the sport’s second-highest grounder percentage.

With that kind of resume, it’s no surprise rival teams are in contact with the Reds already. The Twins are among the most straightforward candidates for a rotation pickup, and they also figure to explore the market for other high-end arms like Mahle and the A’s Frankie Montas. Minnesota enters play Thursday percentage points back of the Guardians in the AL Central, with the White Sox looming as a divisional threat four games behind them. Minnesota’s rotation started strong but has been tagged for a 4.80 ERA over the past month, a stretch that’s coincided with injured list stints for Bailey Ober and Chris Paddack (the latter of whom is done for the season after undergoing Tommy John surgery).

The Mets, on the other hand, have a star-studded rotation when healthy. Jacob deGrom, Max Scherzer and Tylor Megill are all currently on the injured list, and they’ve been on the periphery of the market for most available stars over the past twelve months. Scherzer is expected back imminently (perhaps as soon as this weekend), while deGrom continues to progress from the scapula stress reaction he suffered during Spring Training. The club is hopeful he’ll be back before the August 2 deadline, but Megill is likely to be on the shelf beyond that point.

One could argue that New York should prioritize areas beyond rotation help, but the Padres’ presence in the Castillo market illustrates that even teams without a clear need figure to at least perform due diligence. San Diego already has an excellent six-man staff of Joe Musgrove, Sean Manaea, Yu Darvish, MacKenzie Gore, Mike Clevinger and Blake Snell. That’s forced offseason signee Nick Martinez into a swing role, and prevailing opinion is they’re likelier to deal from that surplus than add another impact starter. Between their rotation depth and the fact they’re right up against the $ 230MM base competitive balance tax threshold, the Friars feel like a longshot to land an arm of Castillo’s caliber. That was perhaps true of Manaea as well, however, and president of baseball operations AJ Preller has shown time and again he’s willing to act boldly to land players the organization desires.

No Castillo deal is imminent, of course, and there’ll be plenty more teams in the bidding over the coming weeks. The Reds do not have to move either he or Mahle with an additional season of control, but their trade value will probably never again be as high as it’ll be this summer. At 23-46, Cincinnati has no chance of contending this year. Moving Castillo and / or Mahle would deal a key blow to the 2023 roster, but this year’s struggles may hint at a broader overhaul being necessary. The Reds did not go into this season intending to rebuild, but their efforts to remain competitive while subtracting some key players to pare back payroll were dashed out of the gate by a 3-18 showing in April.