A 14-YEAR-OLD has put Leigh on the map in the mixed martial arts world after winning gold in a World Championships.

Bradley McDonough, from Lowton, was selected into the England MMA team two years after winning his round of trials.

After his opportunity to represent his country was put on hold due to the pandemic, Bradley flew to his first IMMAF Youth World Championships in Abu Dhabi last month.

With 42 countries competing in the youth MMA competition, the Lowton High pupil fought in the 14-16 age category and breezed through his two preliminary fights to reach the semi-final.

After a tough bout with a young American fighter, Bradley sailed into the final and subsequently beat a youngster from Tajikistan to take the title.

The gold medal was Bradley’s first in mixed martial arts after previously winning medals in local and international Jiu-Jitsu competitions.

Training around six days a week at the Titanium Combat Academy in Liverpool and Leigh ABC gym, Bradley’s father Martin said he is “so proud” to see his son’s hard work pay off. 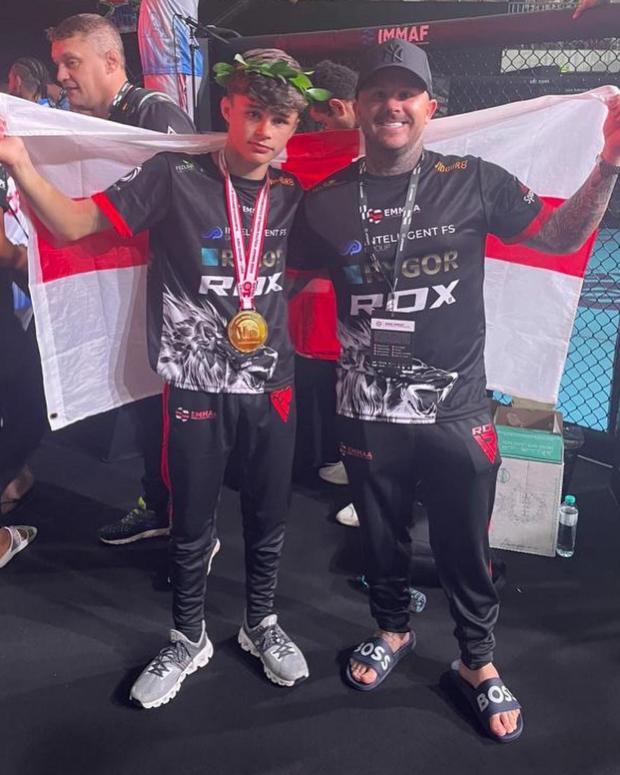 Bradley and his father Martin

Martin said: “It has been a bit of a delay for Bradley as he was initially supposed to compete in Rome, but the Championships could not go ahead because of covid.

“About 17 competitors flew out with England and it was a brilliant trip out to Abu Dhabi. To see him win just topped it off.

“He absolutely loves it and it was such a good feeling to see him win gold, I’m so proud of him.”

After winning the gold medal in Abu Dhabi, Bradley was back to school this week to start Year 10 at Lowton High.

With a “lifelong goal” to get into the UFC, Martin said his son will continue to train and compete until he achieves his dream. 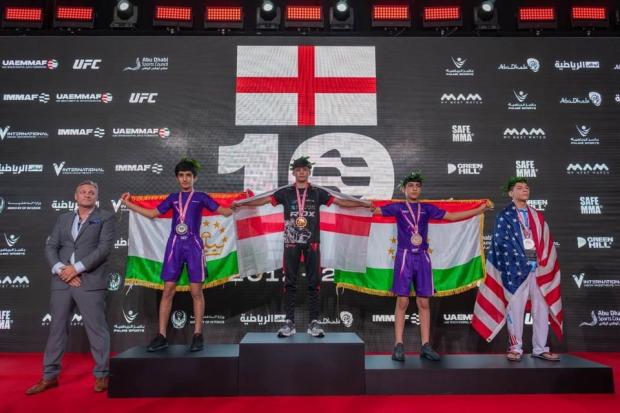 Bradley on the podium