By Sharon Mai For Dailymail.Com

North West got down with Lizzo at the songstress’ concert in Los Angeles on Saturday night.

The eldest daughter of Kim Kardashian and Kanye West posted a TikTok video to the joint account she shares with her mother on Sunday.

In the video, North and her best friend Ryan — daughter of Kardashian’s friend and business partner Tracy Romulus — were dancing energetically with Lizzo to a fast-paced song.

The SKIMS founder, 42, took her nine-year-old daughter and her best friend for a fun night out to see Lizzo’s final show in the North American leg of her ‘Special Tour’.

At the end of the fun video, all three were laughing and smiling vibrantly. 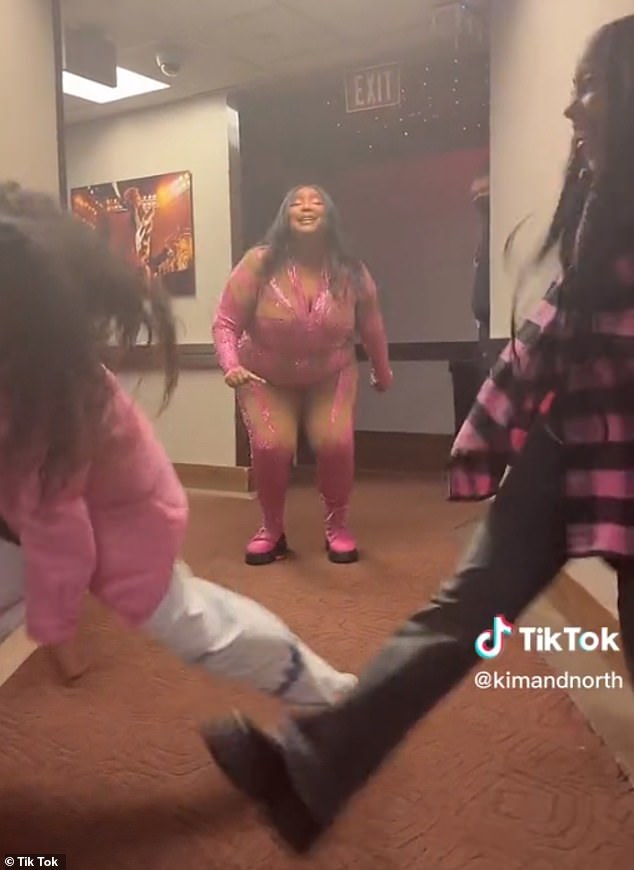 Backstage pass: North and her best friend Ryan — daughter of Kim’s friend and business partner — filmed a TikTok of themselves dancing backstage with Lizzo ahead of her concert

In another TikTok posted on Sunday, the reality TV star was recording and enjoying the concert with the girls.

The mother-daughter duo frequently post fun videos on their joint account of themselves dancing and playing around.

Earlier this year, Kanye West told Hollywood Unlocked that he disapproved of his children on TikTok. 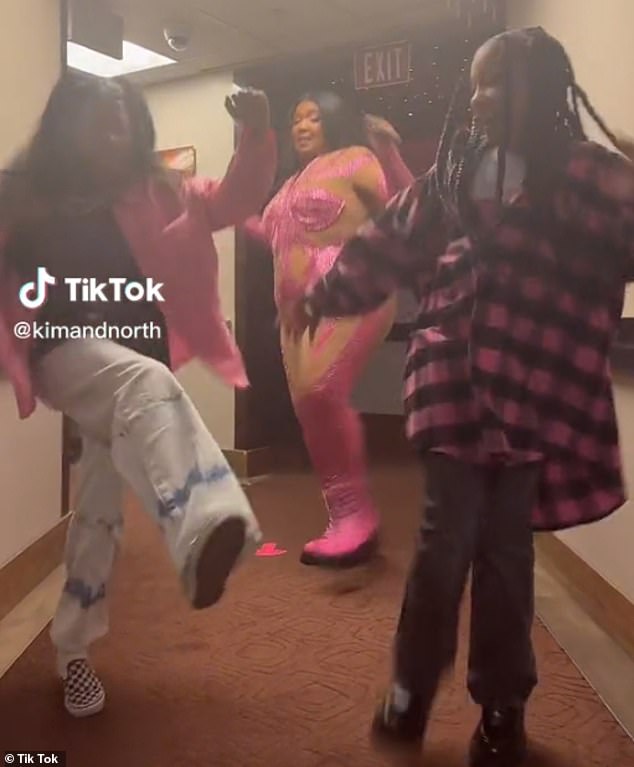 Having fun: The girls were seen dancing energetically to a fast-paced song while Lizzo was trying to keep up with their dance moves

‘My children are not going to be on TikTok without my permission,’ he said, according to Entertainment Tonight.

In an interview with journalist Bari Weiss, however, Kardashian stated North does have rules and boundaries to follow when it comes to the social media platform.

The reality star said that ‘in [her] house, there are rules.’ 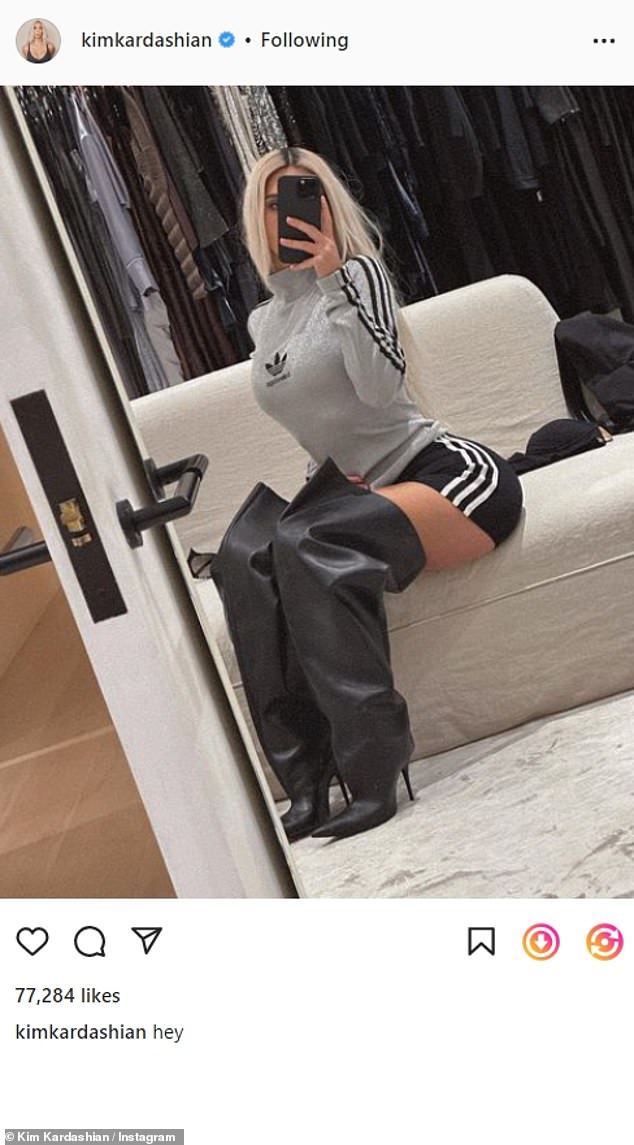 Mommy at home: Kim shared this image to Instagram on Monday afternoon; she is wearing adidas, a company her ex-husband has had issues with

And just like that, the award-winning musician, 34, concluded her final tour date in North America.

After taking a well-deserved break, the Truth Hurts singer will resume her tour with the European leg starting on February 17 in Oslo, Norway.

At the beginning of February 2023, Lizzo is set to attend the Grammys after multiple nominations.

Her hit song About D*mn Time is nominated for Record of the Year and Song of the Year.

The album of which is her tour’s namesake — Special — is nominated for Album of the Year.