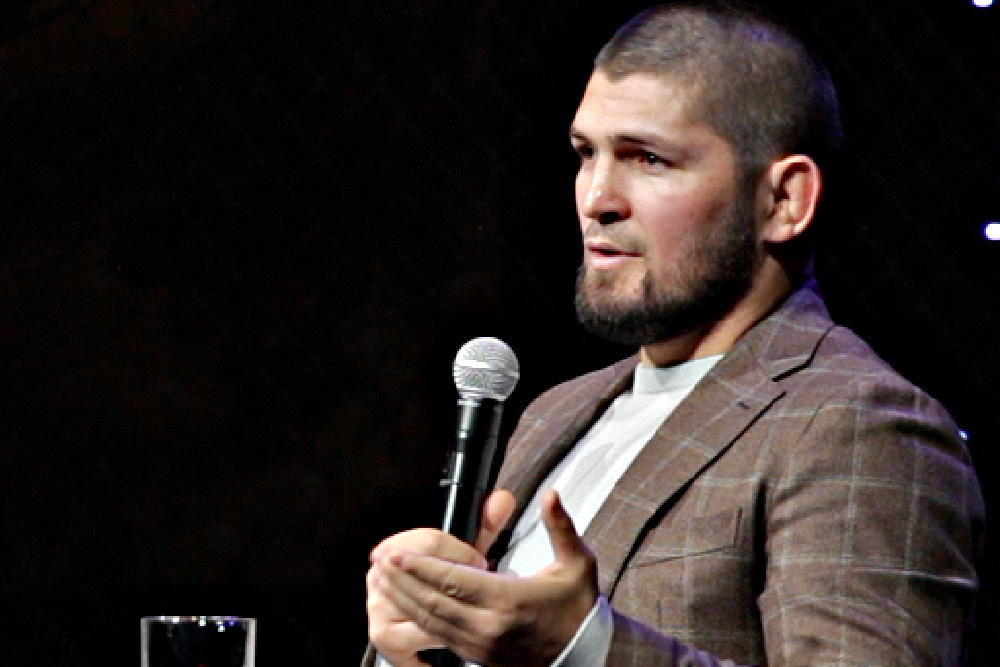 TORONTO – Khabib Nurmagomedov thinks Alexander Volkanovski will present a threat to Islam Makhachev at UFC 284, but it won’t be enough.

Volkanovski (25-1 MMA, 12-0 UFC), the UFC featherweight titleholder, will move up a weight class when he challenges UFC Hall of Famer Nurmagomedov’s star pupil Makhachev (23-1 MMA, 12-1 UFC) for lightweight gold in the Feb. 11 headliner at RAC Arena in Perth, Australia. The event airs on pay-per-view following prelims expected on ESPN and ESPN+.

The fight will mark the first opportunity for Makhachev to defend the belt he claimed with a second-round submission of Charles Oliveira at UFC 280 in October. Makhachev won the fight in a largely one-sided fashion, and although his coach Nurmagomedov predicts Volkanovski will provide more resistance, he said it won’t matter in the end.

“I told Islam like even before the last fight with Charles Oliveira, I told him, ‘Volkanovski is gonna be tougher than Charles Oliveira,'” Nurmagomedov said during a speaking appearance on Sunday for Class A Events/Penny Appeal Canada. “Like, before the fight because it was like if Charles doesn’t make weight, it’s going to be Volkanovski who is supposed to fight with him. I think he has good experience. Of course experience – Charles and Volkanovski, they have the same.

“They both have good experience. But if you talk about fighting IQ and big heart, I think Volkanovski’s better than him. I think Volkanovski is gonna be a tougher opponent for Islam than Charles Oliveira. But, anyways, who cares? We’re gonna finish this guy.”

Makhachev vs. Volkanovski will mark the first time in UFC history a pair of fighters on a winning streak of 11 fights or more meets inside the octagon. It’s also just the seventh champion-vs-champion fight the promotion has ever put together.

It’s a crucial fight between Volkanovski, the No. 1 pound-for-pound fighter in the UFC’s official rankings, and No. 2-ranked Makhachev, and there’s plenty at stake on both sides.

For more on the card, visit MMA Junkie’s event hub for UFC 284.