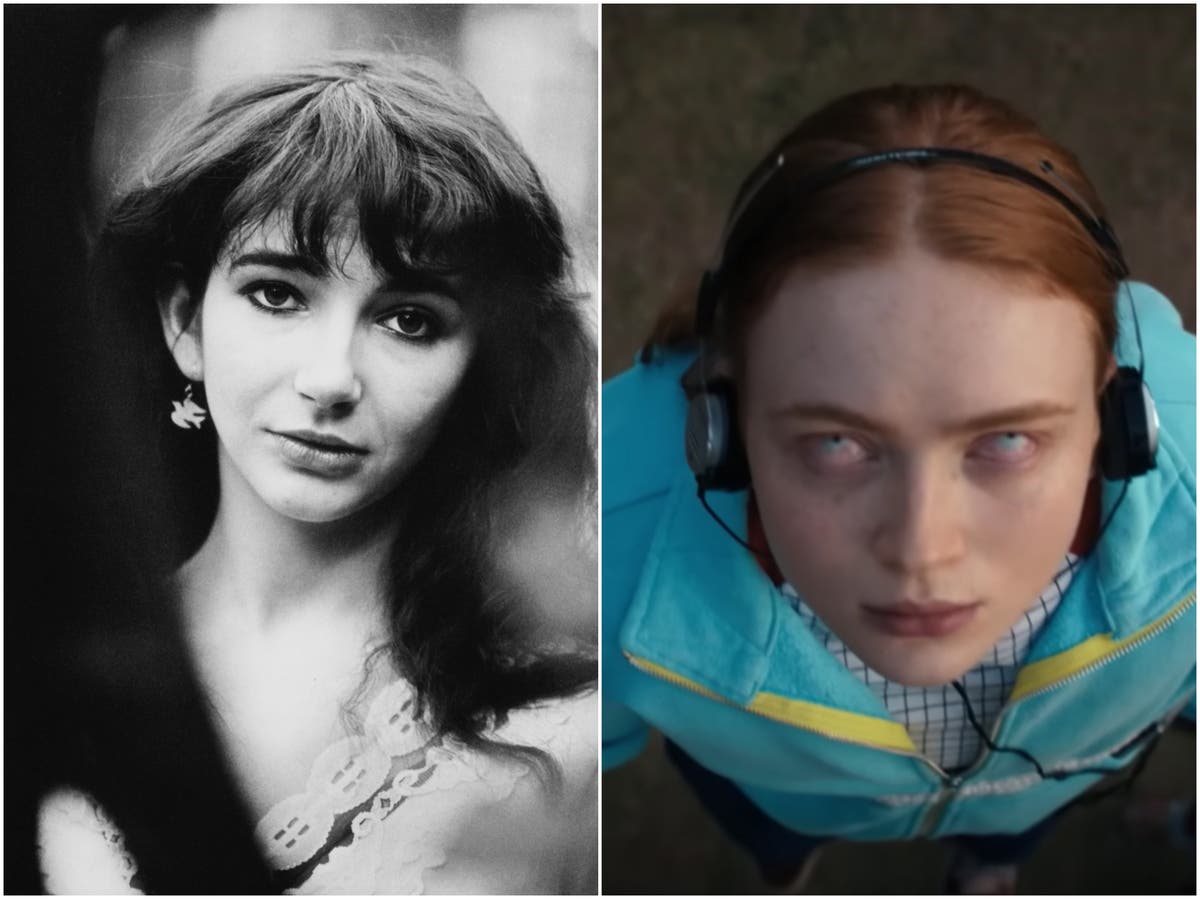 Kate Bush explained the meaning behind “Running Up That Hill” to her new fans, as the song topped the UK charts 37 years after it was first released.

The Eighties anthem has experienced a resurgence of interest after it was featured in a pivotal scene from the new season of Netflix’s Stranger Things.

It is the longest time a song has ever taken to reach UK No 1 and has also become Bush’s first ever song to reach the Top 10 in the US.

Speaking at length for the first time about the song’s newfound popularity with BBC Radio 4’s Woman’s Hour, Bush said “I thought the track would get some attention. But I just never imagined that it would be anything like this. It’s so exciting.

“But it’s quite shocking really, isn’t it? I mean, the whole world gone mad. ”

Touching on the song’s new, younger audience, host Emma Barnett asked the singer how she would describe its meaning.

“I really like people to hear a song and take from it what they want. But originally it was written as the idea of ​​a man and a woman swapping with each other. Just to feel what it was like, from the other side, ”Bush explained.

Bush also spoke about the song’s title, which was originally set to be something different.

“It was called ‘A Deal With God’. I think they were just worried, the record company, that it wouldn’t get played on the radio, ”she said. “That people would feel it was a sensitive title.”

“Running Up That Hill” is heard in the first episode of the Netflix series on Max Mayfield’s (Sadie Sink) Walkman and continues to be an important song for the character in subsequent episodes.

On Friday 17 June, it was announced that “Running Up That Hill” had reached the No 1 spot in the Official Singles Chart, a feat it never achieved when the song was first released in 1985 and peaked at No 3.

Woman’s Hour is on Radio 4 weekdays at 10am and on BBC Sounds.