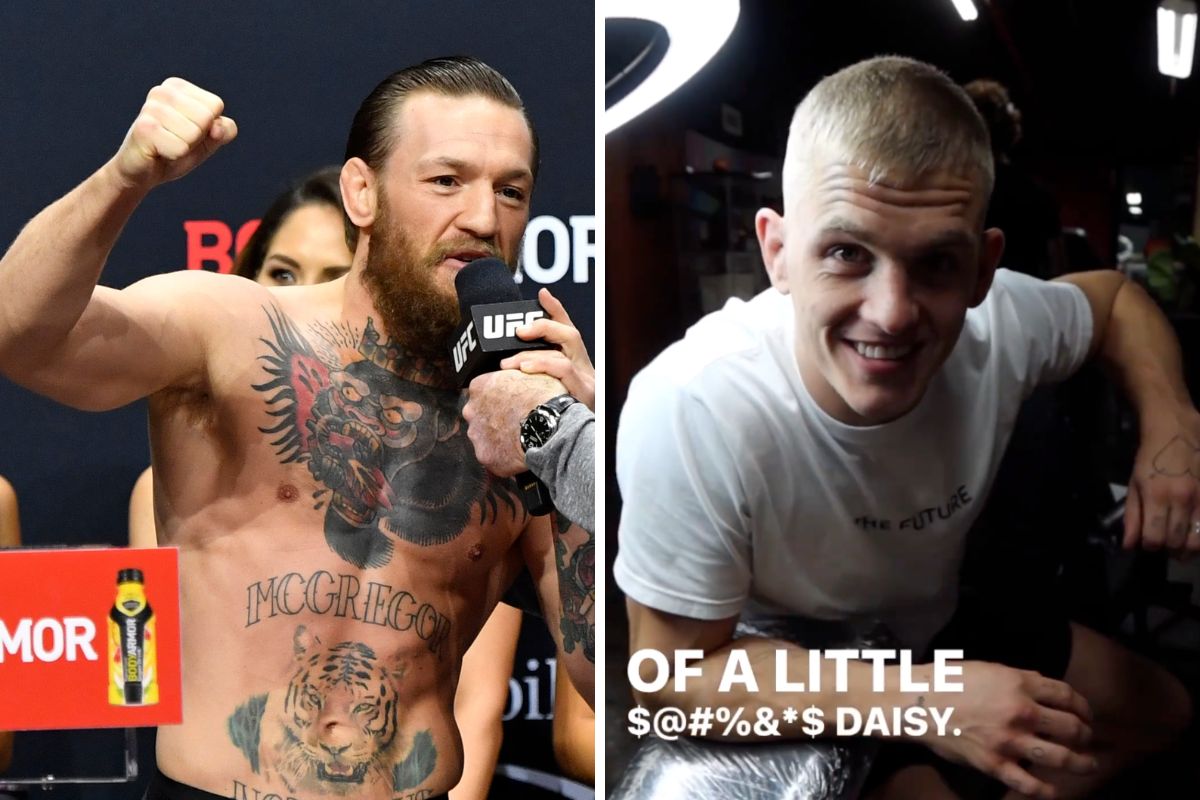 DUBLIN ‘s Ian Garry has revealed his next tattoo will be in homage to his MMA hero Conor McGregor.

The UFC welterweight standout took to social media as he posted a video that revealed the reason behind his latest work of art.

The Dubliner said it was in homage to ‘The Notorious’ after the former UFC double champion tweeted the unbeaten star after his victorious UFC debut at UFC 268 against Jordan Williams.

24-year-old Garry knocked out the American fighter in the final second of the first round as McGregor took to twitter to congratulate him.

“You little f ***** daisy Ian! The step back, back paw an all ahahahaja just absolutely incredible! Congrats @iangarryMMA

Ian ‘The Future’ Garry reveals the new design in the video as he shows a picture of the daisy, which is just above his right wrist.

He says in the Instagram video: “Today I’m getting a tattoo of a little f ***** daisy. I’m throwing it back to the MSG debut – knocking someone out with the right hand – and then the big man McGregor me af ****** daisy.

The Dubliner is set to fight make his third UFC appearance next week at UFC 274.

SUNSPORT exclusively revealed confirmation of the fight against Gabe Green which is set for the promotions’ International fight week card in Las Vegas.

The 170lbs bout will take place on the undercard of the UFC 276 card which is headlined by middleweight champion Israel Adesanya, who defends his title against Jared Cannonier.

Alexander Volkanovski will also defend his featherweight title on the card against Max Holloway in a trilogy bout on the stacked event.

The much hyped and recently married 23-year-old requested a prominent spot on the card, and the promotion obliged.

It will be the Malahide natives third UFC outing as he looks to make it 10 unbeaten in his pro MMA career.