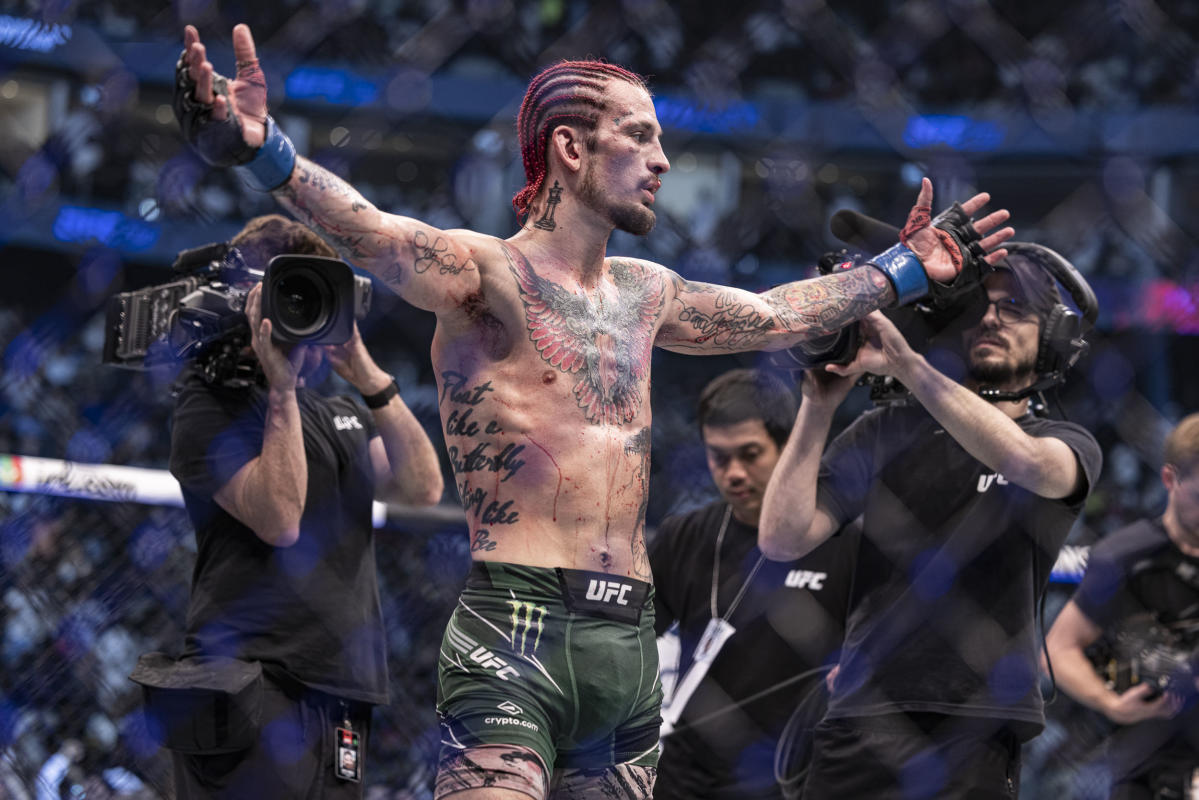 Sean O’Malley says his next fight will be for a title, but isn’t sure if he’ll get it right away.

O’Malley (16-1 MMA, 8-1 UFC) jumped to the No. 1 spot in the bantamweight rankings when he edged out former champion Petr Yan at UFC 280. On the same night, reigning champ Aljamain Sterling dominated TJ Dillashaw en route to a second-round TKO.

But with the returning Henry Cejudo (16-2 MMA, 10-2 UFC) looking to reclaim the bantamweight title he never lost, O’Malley thinks that’s the direction the UFC will go. “The Suga Show” is targeting a July 2023 return and says he’s got next.

“I think Henry vs. Aljo in March makes sense,” O’Malley told ESPN. “If Henry really is serious about coming back, which kind of seems like he is, then I’d like to fight the winner of that. It’s hard to say exactly what’s going to happen next, I’m just kind of waiting to see how that goes.

“I know my next fight is for the title.”

“I’m the biggest fight, obviously,” O’Malley said. “It doesn’t take a genius to figure that out. Anybody I fight is going to be the biggest fight in the division. I don’t know what to tell him.”

But on the contrary, O’Malley prefers a fight with former UFC dual-champion Cejudo over Sterling – not because of potential pay-per-view buys, but because of their personal accolades.