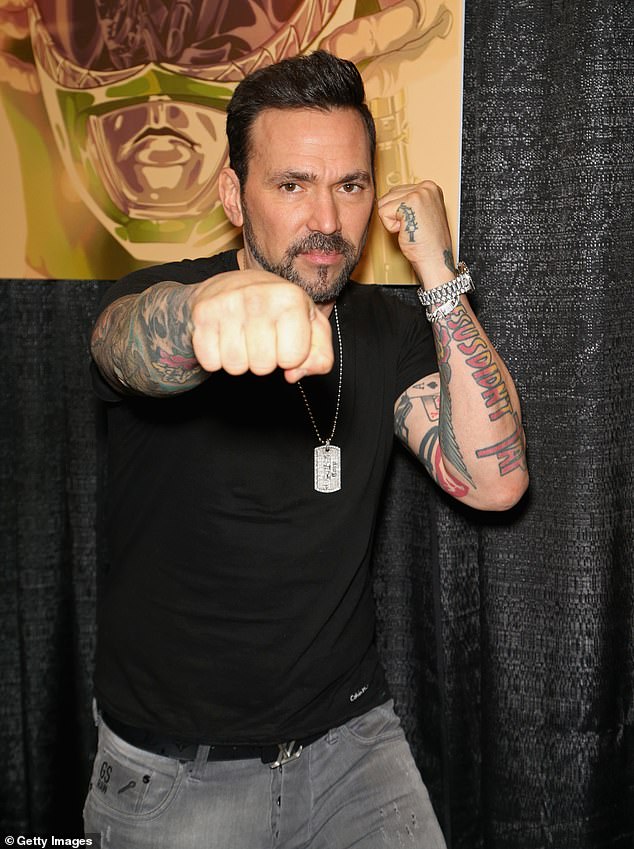 Jason David Frank, who played the Green Power Ranger in the 1990s, is believed to have taken his own life over the weekend – but before he died the 49-year-old proved he was far more than just an actor by putting his fighting skills to the test in MMA.

Justine Hunt, Frank’s manager, confirmed Frank had passed away on Sunday but did not name a cause of death.

Jason David Frank (pictured), who played the Green Power Ranger in the 1990s, proved he could also fight when the TV cameras weren’t rolling as he forged a career in mixed martial arts 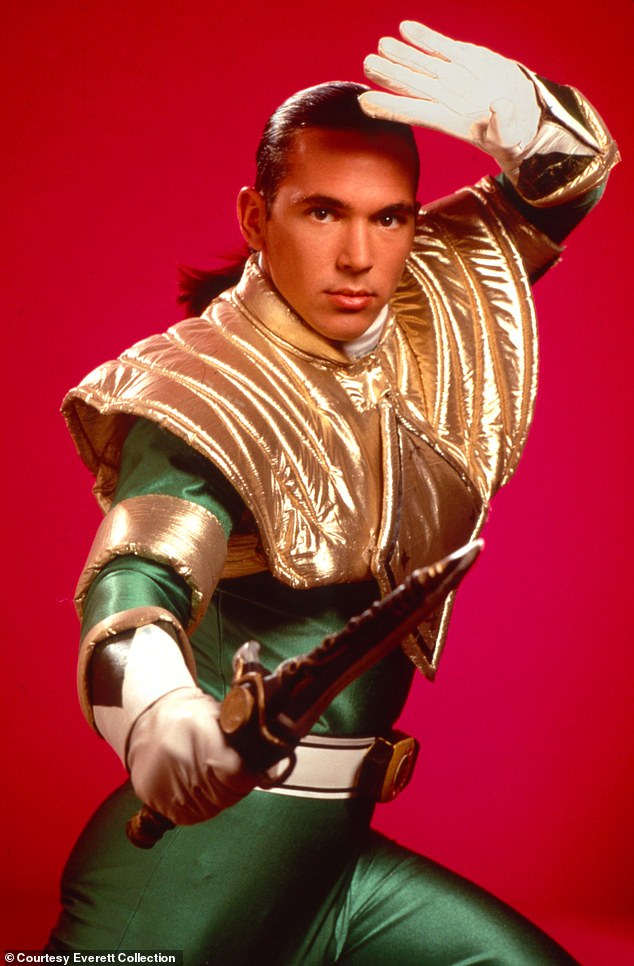 Born in California, Frank (pictured) achieved fame with his role as Tommy Oliver in the Power Rangers franchise in the 1990s – ultimately appearing in 123 episodes in the series

Born in California, Frank achieved fame with his role as Tommy Oliver in the Power Rangers franchise in the 1990s – ultimately appearing in 123 episodes in the series.

What isn’t as widely known is Frank’s lifelong obsession with martial arts and foray into MMA competition.

A black belt in karate, judo and taekwondo, Frank put together an undefeated (4-0) amateur career – and made his professional debut in 2010, which he also won.

‘Just to go out there and do my best, and prove that I’m a real fighter,’ Frank said when asked to explain his plans to fight professionally.

I’m not looking for any titles specifically. Ultimately, I want to give my fans something to watch and be proud of.’

As a former Power Ranger, many fans thought Frank would have extra pressure on him to be successful. However, he explained it was just the opposite.

‘Everyone is saying, “Dude, you got a lot of pressure man, you’re a Power Ranger,” and I take that back because I don’t have pressure,’ Frank said.

‘The guy on the other side of the cage has pressure because if I kick his butt, he got his butt kicked by a Power Ranger. 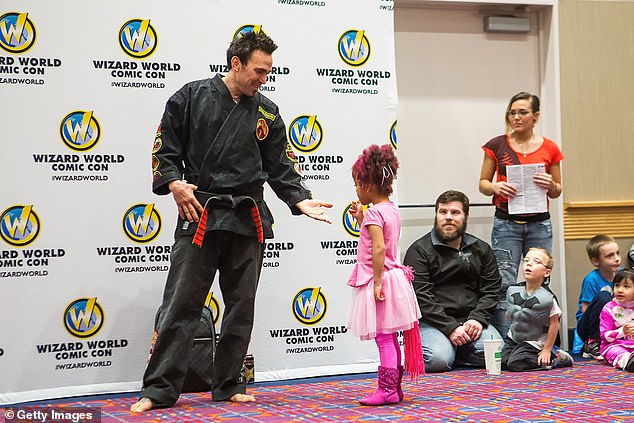 A black belt in karate, judo and taekwondo Frank (pictured leading a karate workshop in 2015) put together an undefeated (4-0) amateur career – and made his professional debut in 2010, which he also won

‘So you tell me, who’s got more pressure, me or him? Would you want to get knocked out by a Power Ranger?’

Frank also had notable moments outside of the cage – like the time he almost got in a fist fight with Jean-Claude Van Damme at Comic Con in 2017.

When they met face to face at Comic Con, the sparks flew and the two actors had to be separated by bystanders.

The former Power Ranger also tried to arrange fights between himself and athlete-turned-politician Herschel Walker and professional wrestler CM Punk.

He opened a training studio in Houston, Texas called Rising Sun Karate, where he taught Toso Kune Do, which translates to Way of the Fighting Fist.

The studio taught a style of martial arts created by Frank, who had spent years studying various methods of self-defense.

Frank’s final film, Legend of the White Dragon, is due out in 2023. He revealed earlier this year that he was retiring from the Power Rangers franchise.