“This weekend was anything but forgettable,” said Rian Shah, a sophomore studying microbiology and immunology & public health, as he packed his car to leave the island back to UM Sunday morning.

Unforgettable was what this year’s Fantasy Fest in Key West was for college students and vacationers alike.

The 10-day Halloween festival celebrated its first official year back since 2019 with “Cult Classics and Cartoon Chaos,” the theme of Saturday evening’s parade on the city’s Duval Street.

Parade watchers lined Duval Street barricades as early as noon to save themselves a good seat for the parade. These same people were also first in line in catching the beaded necklaces thrown from the famous “New Orleans House” above or from the marchers on floats parading down the street.

The parade’s highlights included an “Alice in Wonderland” float with marchers wearing everything from extravagant Mad Hatter and Queen of Hearts costumes to glittery playing card outfits, as well as a lighthearted “Sesame Street” group with costumes full of yellow feathers and bird cages as accessories. 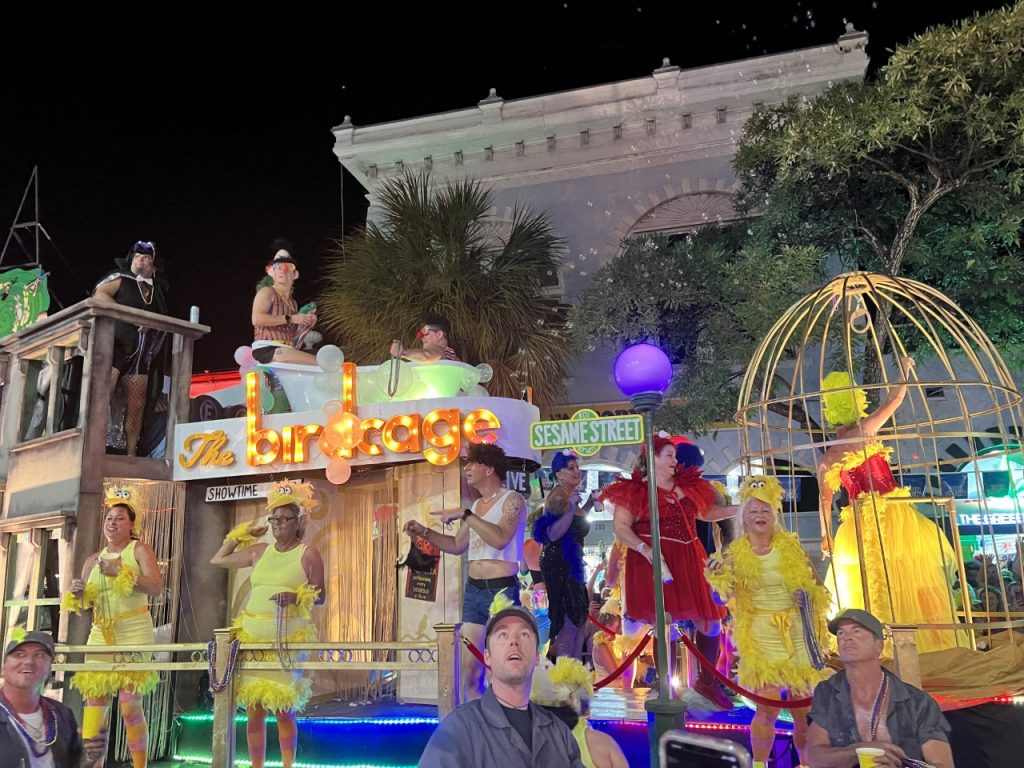 “It was honestly the best parade I’ve ever been to,” said Katie Pavlik, a sophomore ecosystem science major. “The costumes [were] incredible. I couldn’t take my eyes off of them.”

As for Duval Street later into the night, people of all ages walked in and out of bars decked in costumes of all kinds, some donning nudity as the spookiest part of their costume.

UM students who knew of the lack of attire worn by Key West’s older population voiced their excitement to see the costumes in action.

“I’m most excited to see the costumes made from body paint,” said Amanda Albanese, a sophomore marine affairs major. “It’s something you only get to see in a Key West Halloween.”

After spending just a few minutes on Duval Street past 8 pm, it is clear that body paint is the city’s biggest attraction during Fantasy Fest. Body paint shops line the streets and even sit inside restaurants, with lines out the door with customers waiting for their turn to turn their costume a bit more permanent. 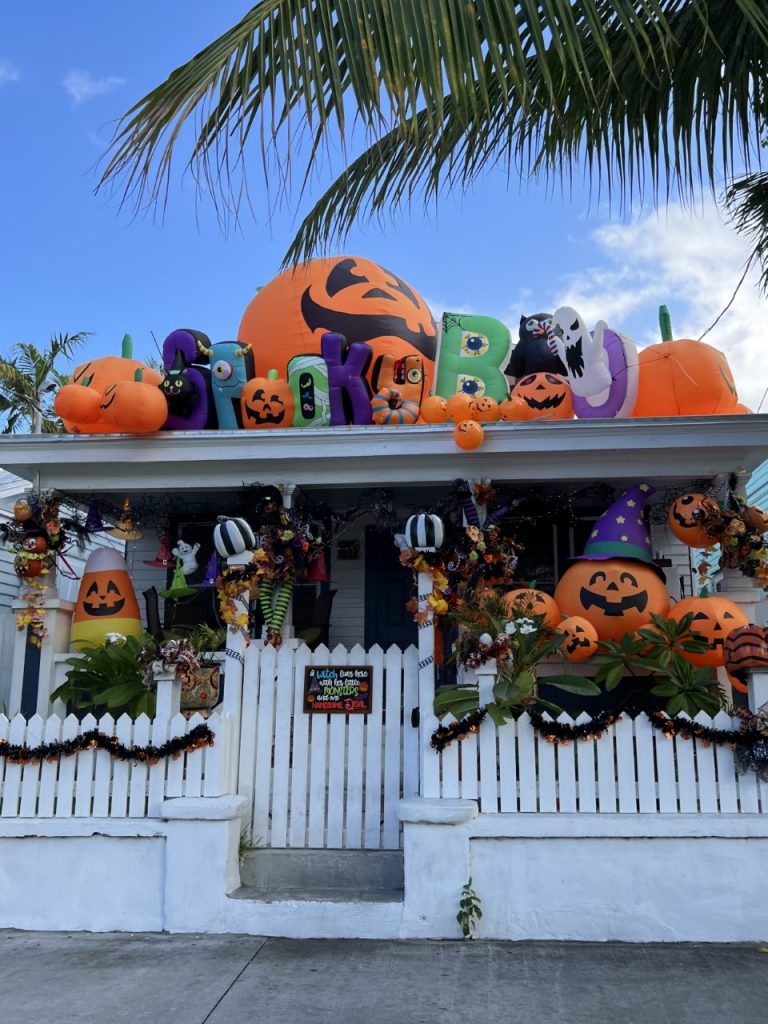 Layla Gravelle, a sophomore business major, says she’s seen everything from detailed body paint covering every inch of a person’s body, humorous artwork like a “Spongebob” mural across a woman’s chest and realistic work imitating swimsuits and tops.

“It’s so versatile. It reminds me of face paint but for adults,” Gravelle said. “I’m definitely incorporating body paint into next year’s Halloween costume.”

Into the night, people of all ages weaved in and out of packed bars, some featuring live music and Key West’s famous frozen alcoholic drinks. Others spent time on the busy Duval Street, showing off their once-a-year costumes.

“It’s a type of going out you don’t see in Miami and I liked the change of scene,” said Steve Jackson, a sophomore studying business and film. “It almost reminds me of Bourbon Street in New Orleans.”

As the 10-day long festival came to a close on Sunday with more PG activities for a Children’s Day at a local Key West park, students began their 4-hour drives back to campus. The slight traffic along the Overseas Highway was decorated with UM license plates and car stickers, ending what some may call “the Halloween migration” to Key West.