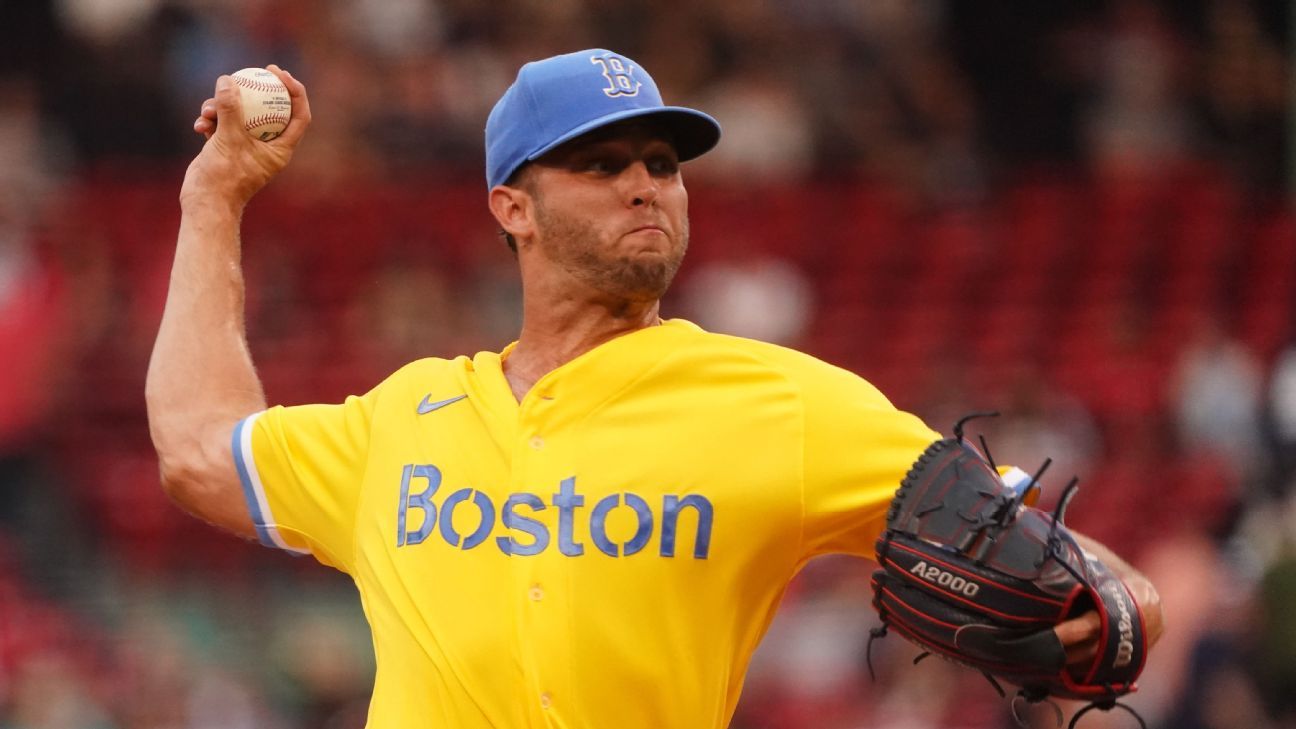 Note: This file will be updated with any overnight pitching changes or weather-related game postponements, along with the addition of the latest MLB game odds as of the indicated time of publication.

What you need to know for Sunday’s MLB Games

Angels lefty Reid Detmers remains available in more than 70% of ESPN leagues despite dominating in July and piling on the strikeouts, and fantasy managers should add him for Sunday at Seattle and beyond. Video by Eric Karabell

Best and worst hitters from the day are generated by THE BAT X, a projection system created by Derek Carty using advanced methods like those used in MLB front offices, accounting for a variety of factors including player talent, ballparks, bullpens, weather, umpires, defense, catcher pitch-framing, and lots more.

Worst Over-50% Rostered Hitters for Sunday

Guardians rookie outfielder Steven Kwan continues to get base hits, score runs, steal the occasional base and rise up the Player Rater, and even though he lacks power, fantasy managers should not overlook him. Video by Eric Karabell