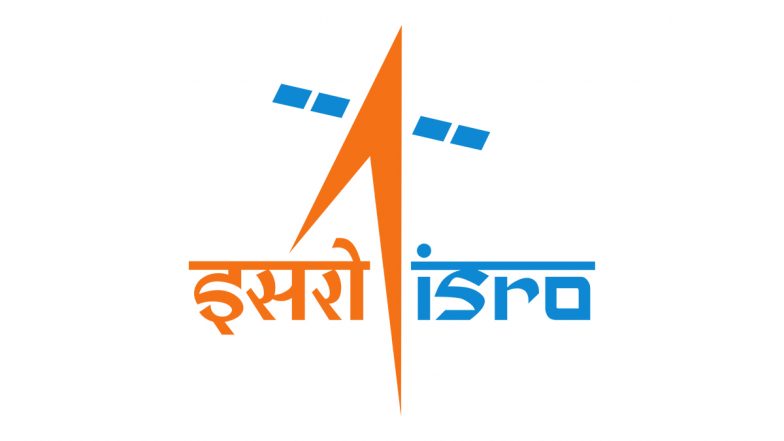 Chennai, November 25: The Indian space agency is gearing up to orbit Earth Observation Satellite-6 (EOS-6) with a French payload, a third generation satellite in the Oceansat series, and eight other nano satellites on Saturday morning.

Out of the nine satellites that will be carried by the Indian Space Research Organization’s (ISRO) rocket Polar Satellite Launch Vehicle (PSLV-C54), EOS-6 will be the primary passenger while the others are piggybacks. GSLV-F10 Launch: ISRO Launches GISAT-1 Satellite, Says Mission Not Accomplished As Cryogenic Upper Stage Ignition Fails Due To ‘Technical Anomaly’.

Other than EOS-6 and INS-2B, all other satellites will be carried for a fee. The commercial transaction was structured by NewSpace India Ltd (NSIL), a senior ISRO official told IANS.

According to France, ARGOS will reinforce the existing fleet of Indo-French satellites working on weather surveillance that are already in orbit (MEGHA-TROPIQUES and SARAL-ALTIKA), thus enhancing contributions related to the objectives of the Paris Agreement.

The ISRO said the satellite will ensure data continuity of ocean color and wind vector data to sustain the operational applications. It will also improve the applications, some additional datasets such as Sea Surface Temperature and more bands in Optical region for fluorescence and in Infrared region for atmospheric corrections are accommodated.

The satellite will also develop/improve related algorithms and data products to serve in well established application areas and to enhance the mission utility. The INS-2B is ISRO’s second nano satellite for Bhutan with two payloads viz., NanoMx and APRS-Digipeater.

According to ISRO, NanoMx is a multispectral optical imaging payload developed by its Space Applications Center (SAC). The APRS-Digipeater payload is jointly developed by DITTBhutan and ISRO’s UR Rao Satellite Center (URSC).

The Anand nano satellite is a technology demonstrator to demonstrate the capabilities and commercial applications of miniaturized earth-observation camera for earth observation using a microsatellite in Low Earth Orbit. This is a three-axis stabilized satellite consisting of a satbus, accommodating all subsystems like telemetry, tele-command, electrical power system, Attitude Determination and Control System (ADCS), on-board computers and others and a payload unit, ISRO said.

The Thybolt has a communication payload to enable rapid technology demonstration and constellation development for multiple users. It also demonstrates Store-and-Forward functionality for authorized users in the amateur frequency band.

The satellites shall be deployed by using Dhruva Space Orbital Deployer to perform the specific mission operations for a minimum lifetime of one year. Astrocast, a 3U spacecraft, is a technology demonstrator satellite for the Internet of Things (IoT) as the payload.

The Indian space agency will use its XL variant of its four staged PSLV rocket that stands 44.4 meters tall and weighs 321 tonnes. The rocket will fly away from the first launch pad in the Sriharikota rocket port in Andhra Pradesh.

According to ISRO, the PSLV-C54 will orbit the EOS-6 and the eight small satellites in two different sun synchronous polar orbits (SSPO). The rocket is expected to lift off at 11.56 am on Saturday.

About 17 minutes into the flight the rocket will first eject EOS-6. Then the orbit will be changed by using two Orbit Change Thrusters introduced in the rocket’s propulsion bay ring. The piggyback passengers will be separated in Orbit-2.

(The above story first appeared on LatestLY on Nov 25, 2022 10:07 PM IST. For more news and updates on politics, world, sports, entertainment and lifestyle, log on to our website latestly.com).