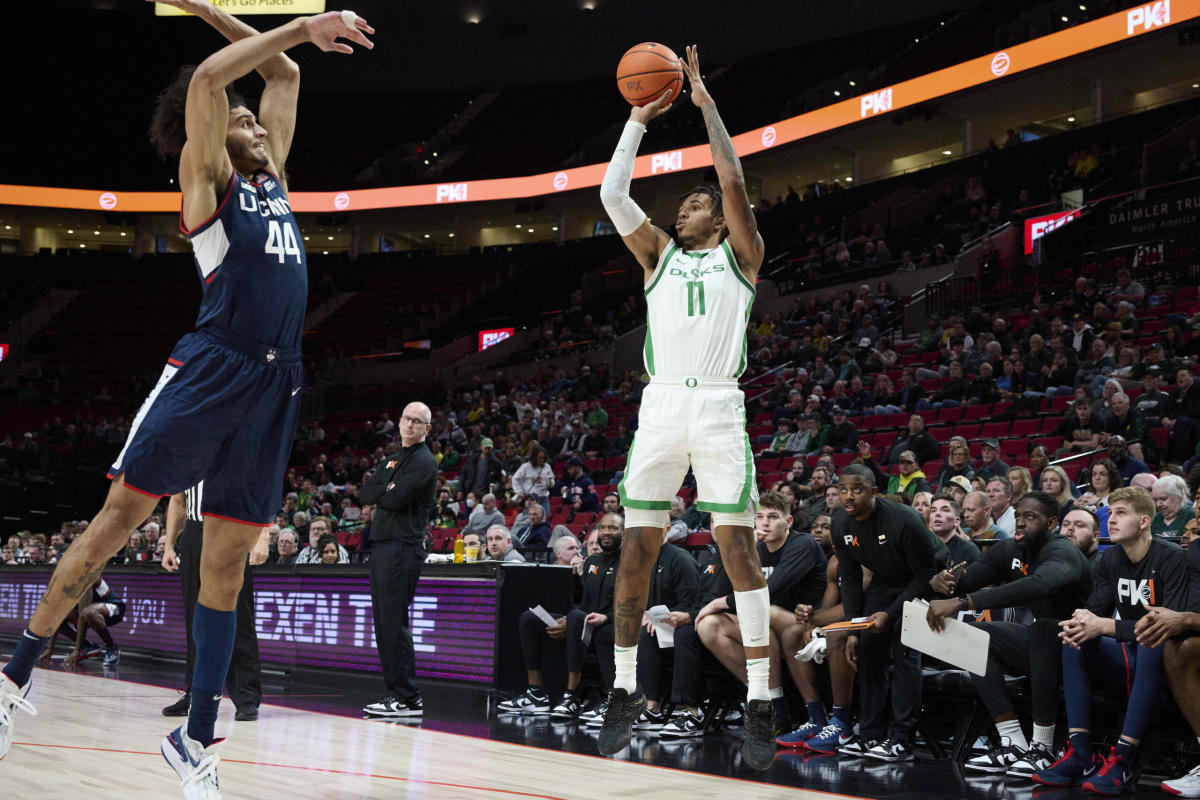 It was forgivable – understandable even – that the Oregon Ducks dropped a game to the Houston Cougars last week to move to 2-2 on the season. Houston looks like perhaps the best team in all of college basketball, and Oregon held them to 66 points and hung tough throughout.

However – Thursday’s performance against the UConn Huskies in the Phil Knight Invitational didn’t give Duck fans anything to be thankful for.

Dana Altman’s squad shot an abysmal 20-for-47 from the field, good for just 42.6%, while turning the ball over a whopping 17 times. Factor in a horrific 14-25 showing at the free throw line and you have all the makings of a world class beatdown, suffered on Nike founder Phil Knight’s birthday in Portland, just a few hours north of Matthew Knight Arena. Yikes.

Here is some more info on Thursday’s tough outing for the Ducks, and what is coming up for Altman’s team this weekend:

Keys to the Game

Oregon will play the loser between the No. 12 Michigan State Spartans and No. 18 Alabama Crimson Tide, taking place on Thursday, Nov. 24 at 7:30 PM PT.