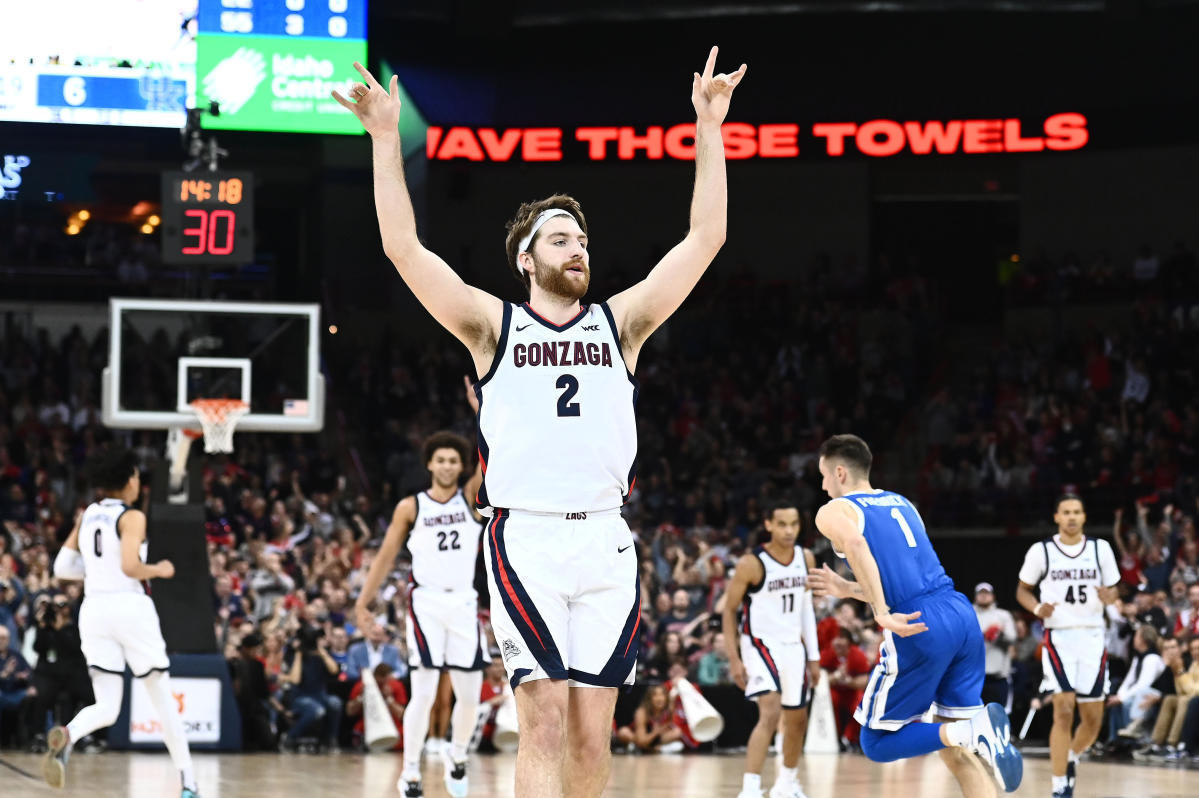 The Bulldogs, days after they were blown out by No. 11 Texas in an upset on the road, flew past No. 4 Kentucky for a dominant 88-72 win in Spokane.

Gonzaga didn’t waste any time, either, in what is the first of a home-and-home series with Kentucky. The Bulldogs opened the game on a 19-6 run, which ballooned into a 16-point lead at the break. They shut down Kentucky offensively, holding it to 25% from the field in the first half and 0-for-10 from the 3-point line. It was only thanks to Oscar Tshiebwe, who dropped 14 points and had seven rebounds in the first half, that Kentucky stayed remotely in the game.

“You don’t have to make them all, you just can’t miss them all … Gonzaga played well.”

Although Kentucky cut the lead to five points early in the second half, its run didn’t last long. Drew Timme sparked another Bulldogs response to push their lead back to double digits before Rasir Bolton went on a solo 7-0 run while holding the Wildcats scoreless in the final three minutes to seal the 16-point win.

Sunday’s win for Gonzaga was even more impressive considering how bad the Bulldogs looked Wednesday night. Texas shut them down in Austin en route to a 93-74 win behind 26 points from Tyrese Hunter. The Bulldogs had 20 turnovers in that contest.

Timme finished with 22 points and seven rebounds while shooting 9-of-13 from the field in the win for Gonzaga on Sunday night, which improves to 3-1. Bolton added 24 points, 10 of which came in the final stretch, and shot 4-of-8 from behind the arc, and Julian Strawther added 20 points for the Bulldogs.

Tshiebwe led Kentucky with 20 points and 15 rebounds, and Cason Wallace added 14 points. Antonio Reeves was the only other Wildcat to score in double figures, putting up 10 points off the bench. Kentucky shot just 39.1% from the field as a team, while Gonzaga shot 56.4%.

Kentucky has lost twice in three games, following a double-overtime defeat to Michigan State last week in the Champions Classic.