The Los Angeles Dodgers take on the Chicago White Sox. Check out our MLB odds series for our Dodgers White Sox prediction and pick.
Tony Gonsolin gets the start for the Dodgers, while Johnny Cueto gets the call for the White Sox.

Tony Gonsolin is the Dodgers’ most consistent and reliable starting pitcher. That’s no joke. That’s no embellishment. It’s the plain truth two months into this season. Gonsolin has a 1.59 ERA. Walker Buehler’s ERA is more than twice as fat as Gonsolin’s mark. Julio Urias hasn’t pitched as well as Gonsolin, either. It’s true that when Buehler or Urias are locked in and pitching well, they can give manager Dave Roberts seven or eight innings, whereas Gonsolin regularly pitches no more than six innings. However, Gonsolin is the steady Eddie of this staff. In 10 starts, he has allowed more than two runs only once, and he has not allowed more than three runs in any of his appearances in 2022. That level of reliability, combined with the Dodgers’ hitting prowess, translates into wins when Gonsolin takes the mound. The pitcher win might be an overrated and irrelevant statistic in modern baseball, but Gonsolin’s 6-0 record in terms of official decisions this year is a reflection of the fact that he always gives his offense a chance to win games. He hasn’t yet had a horrible start – a mediocre one, yes, but not a horrible one – through two months. He is a reason to take Los Angeles when you formulate a Dodgers White Sox prediction based on the current MLB odds.

Johnny Cueto has made four starts this season for Chicago. In his first two starts, he pitched 12 scoreless innings. In his last two starts, he gave up nine runs in 12 2/3 innings. It is anyone’s guess as to whether Cueto will be great or average. This is simply not an easy pitcher to evaluate when making a Dodgers White Sox pick, and that’s the reality of the situation, like it or not.

Why The Dodgers Could Cover the Spread

The Dodgers got shut out on Tuesday in the first game of this series. When a team this talented and explosive gets shut out one day, it figures to bounce back the next day. The Dodgers have one of the best records in baseball because they have gone through some slumps and have responded by playing good ball in their next several games. Their slumps never get too extended; the Dodgers know how to contain and minimize damage. That’s an essential component of any winning baseball team, and it’s an obvious point to make in light of the Los Angeles Angels’ 13-game losing streak. That kind of collapse is precisely what the Dodgers are great at avoiding.

Why The White Sox Could Cover The Spread

The White Sox have had a bad season up to this point, but no one denies the talent and potential of this team. Shutting out the Dodgers reminded everyone what this White Sox team is capable of. Everyone is expecting this team to play better and make a move at the Minnesota Twins in the American League Central. The Sox celebrated their win over the Dodgers with gusto, as though they know they are about to turn the corner and reshape their season for the better.

If the good version of Johnny Cueto shows up, the White Sox will win, but we don’t know which version will emerge. We do know that Tony Gonsolin always pitches a solid game, if not better. Take the Dodgers. 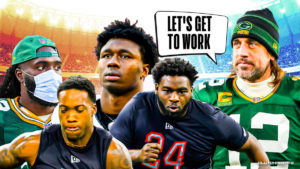