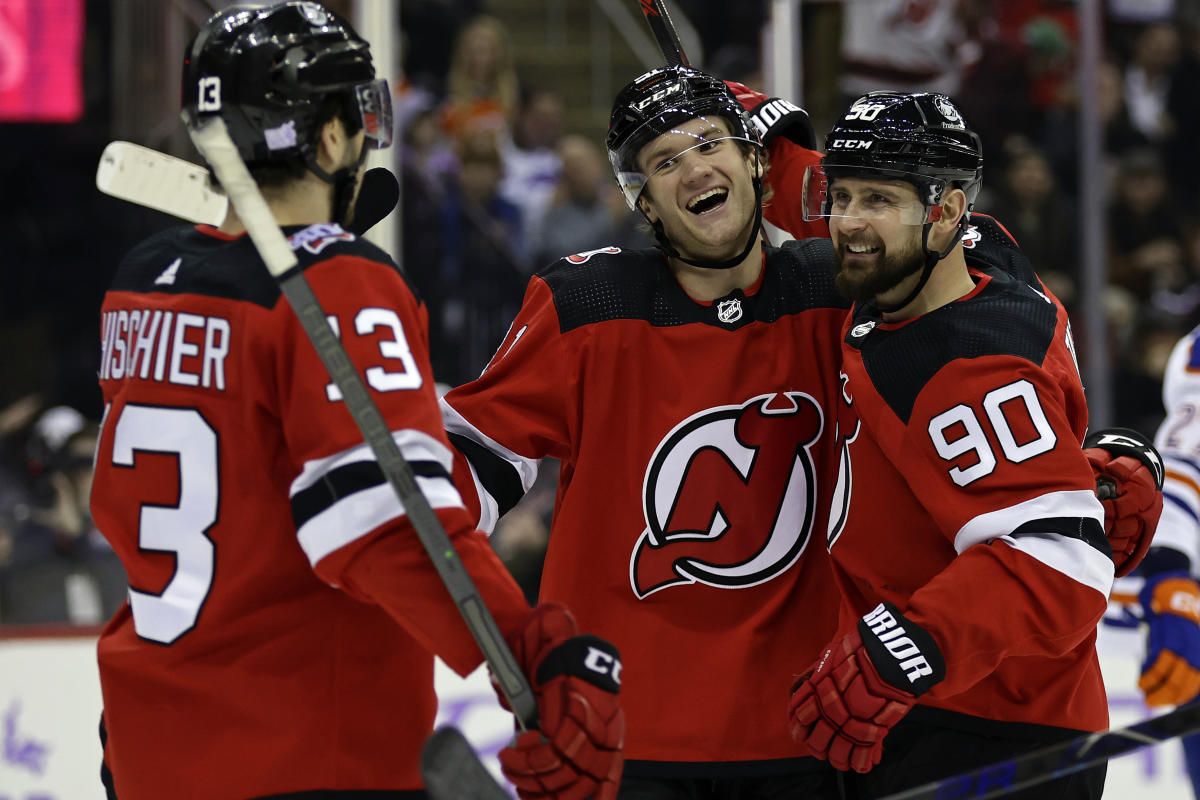 Leon Draisaitl and Ryan Nugent-Hopkins scored for the Oilers, beaten twice by New Jersey during its run. Stuart Skinner made 23 saves, but had the puck taken off his stick by Hischier early in the second period to set up the go-ahead goal by Mercer into a wide-open net.

Severson stretched the margin to 3-1 on a counterattack minutes later.

Edmonton made a push early in the third. Nugent-Hopkins cut it to 3-2 at 4:52 and had a close-in chance to tie it, only to be stopped by Vanecek, who improved to 9-1.

Tatar gave the Devils breathing room about a minute later, gloved down the rebound of Mercer’s shot and beat Skinner. Sharangovich added an insurance goal with 5:15 to go.

Jack Hughes had two assists for the Devils.

Not only did Skinner hand the Devils the go-ahead goal, backup netminder Jack Campbell also had a bad night.

Sitting on the end of the bench late in the second period, Campbell was cut when he was hit in the face by a puck that seemed to be deflected by Devils defenseman Dougie Hamilton. Campbell immediately left the bench and did not return for the third period.

Oilers: Continue their swing through the New York metropolitan area when they visit the Islanders on Wednesday. Edmonton finishes in New York City on Saturday against the Rangers.