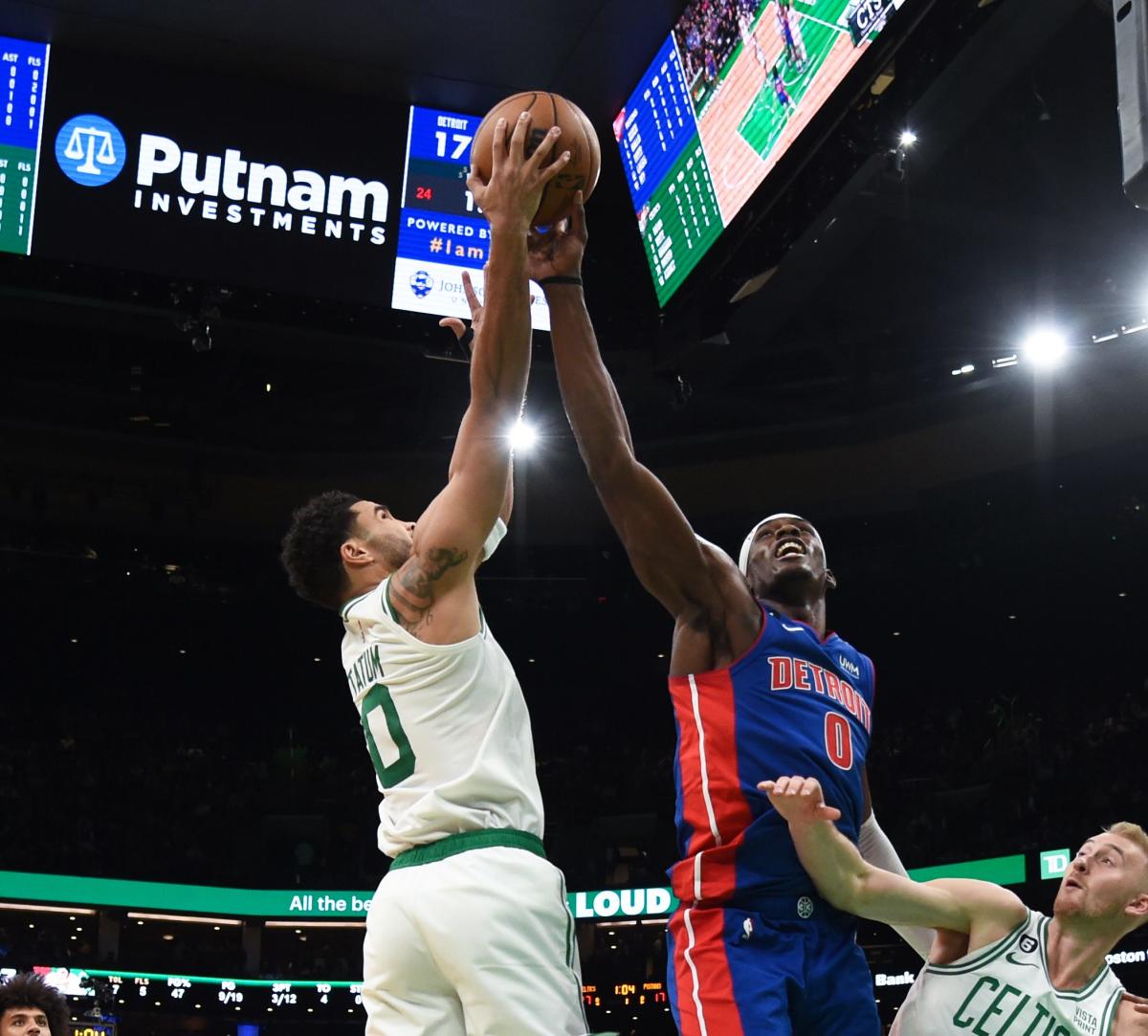 With their frontcourt being thinner than they might otherwise like with veteran forward Danilo Gallinari out until at least the postseason with a torn ACL and starting center Robert Williams III likely out at least a few more weeks, it can often be a challenge for the Boston Celtics to get rebounds.

But they have found a way to make it work as a team by collecting the boards as a unit and done so well enough to attract national attention while they do it. Such attention was recently paid them by ESPN senior writer Zach Lowe, who sung the praises of Boston’s rebounding-by-committee as part of his recurring “10 things” columns.

“The Celtics are 21st in points allowed per possession, but there’s no cause for alarm,” cautions Lowe.

“They don’t have Robert Williams III, keystone to the unorthodox scheme that turned their 2021-22 season,” he explains.

“They are allowing few 3s and shots at the rim; opponents are on fire from midrange, which will normalize. Without Williams — and the scheme that hinges on him — the Celtics have committed some uncharacteristic mistakes, but the talent and fundamentals are all there. They know who they are.”

“Almost every member of the rotation is at or above career-high levels in defensive rebounding rate,” notes Lowe. “When their wings crash back, it is really hard to generate second chances against Boston.”

And as interim head coach Joe Mazzulla has noted, it is not as if they will need to radically restructure what they are doing once Timelord does return. Based on what we know of his game and how he works best with his fellow Celtics, Williams ought to slide right into his former spot with ease.