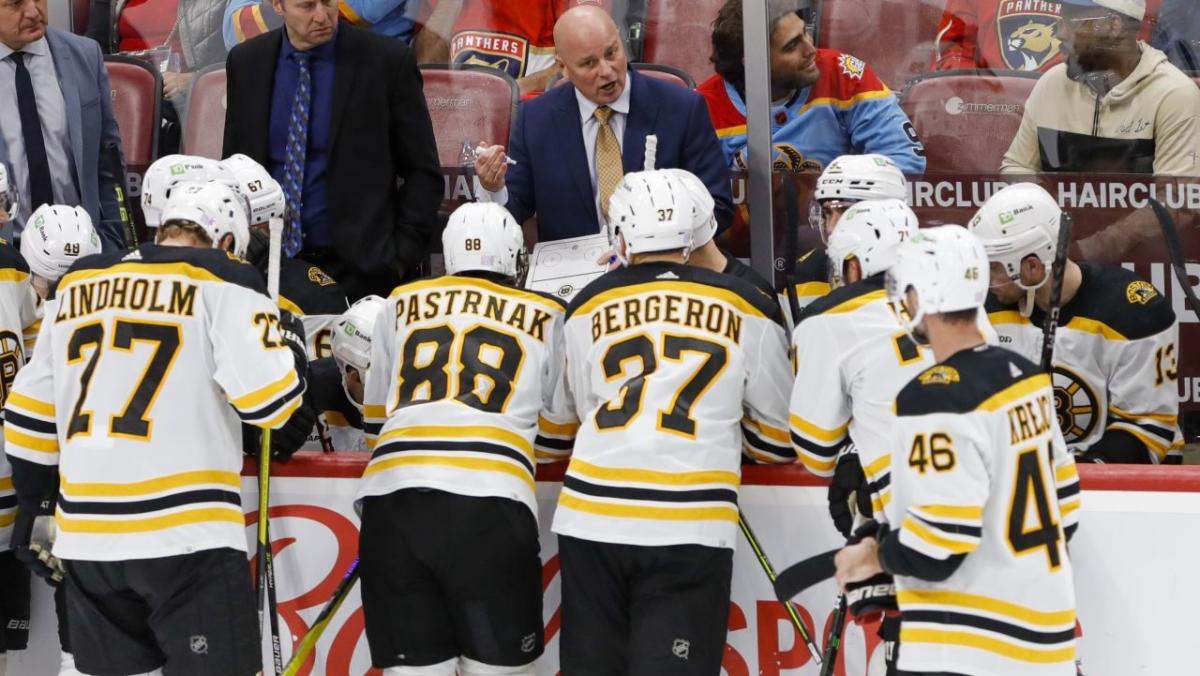 The Boston Bruins reached the Thanksgiving holiday in far better shape from an injury perspective and an NHL standings perspective than most people imagined.

Despite not having three important players in Brad Marchand, Charlie McAvoy and Matt Grzelcyk to begin the season, the Bruins started off red-hot and haven’t let up. They enter Friday’s matinee with the Carolina Hurricanes leading the league with 34 points (17-3-0) in 20 games.

Here are some of the craziest stats from the Bruins’ record-breaking start to the season and what they mean going forward.

It’s really quite remarkable how dominant the Bruins have played at home. Not only are they the only team without a loss of any kind on home ice (11-0-0 as of this writing), they have barely trailed at any point.

The Bruins have led an astounding 401:14 of ice time and trailed for just 13:12 in their 11 home games. The majority of that time trailing came on Nov. 10 against the Calgary Flames, when the Bruins tied the score 1-1 late in the first period and won 4-1.

Boston has trailed at any point in just two of these 11 home matchups.

The Bruins’ dominance at the Garden makes securing home ice advantage throughout the Eastern Conference playoffs an important objective for this team.

The Bruins’ offensive depth has been crazy good this season with 20 different players scoring a goal. The only players who have played 10 or more games without a goal are defensemen Brandon Carlo and Mike Reilly.

Scoring depth has been a huge problem for the Bruins in recent years, especially in the playoffs. So far, it looks like depth up front is no longer a concerning roster weakness for Boston.

Even when the Bruins go down a goal early, like they did Monday night in Tampa Bay, they are fully confident in their ability to bounce back. The players know that head coach Jim Montgomery’s uptempo, physical style of play will produce goals if they stick with it. This team is playing with more confidence offensively than we’ve seen from a group of Bruins players in a long time.

The Bruins wanted to score more 5-on-5 goals this season after finishing a disappointing 15th in 2021-22. They rank sixth with 46 5-on-5 goals scored entering Friday.

Before the season I identified goaltending as one area where the Bruins could take a meaningful step forward and propel themselves into the legit Stanley Cup contender tier.

Well, through the first 20 games, Linus Ullmark is the favorite for the Vezina Trophy.

He leads the league with an impressive .944 save percentage at 5-on-5, and his 8.65 goals saved above average during 5-on-5 action also leads all 18 goalies with 600-plus 5-on-5 minutes played. Ullmark also has the third-best 5-on-5 save percentage on high danger attempts at .886 through 15 games.

The Swedish netminder has clearly established himself as Boston’s No. 1 option at the position. The task for the coaching staff is to use Jeremy Swayman in a way that gives Ullmark a breather when needed and gives the young goalie enough opportunities to develop his talent.

You could make a strong case that goaltending has been the No. 1 driver of success for the 2022-23 Bruins so far.

Plus-19 in third period

The Bruins have been the most dominant team in the third period this season.

They lead the league with 31 goals scored in the third period, while tying the Devils for the fewest third-period goals allowed with 12.

Boston’s plus-19 goal differential in the third period is by far the best in the league and shows that this team is making the right plays late in games when the margin for error is slim. The Bruins scored 74 goals and allowed 73 in the third period last season, so the improvement we’ve seen this season has been pretty dramatic.