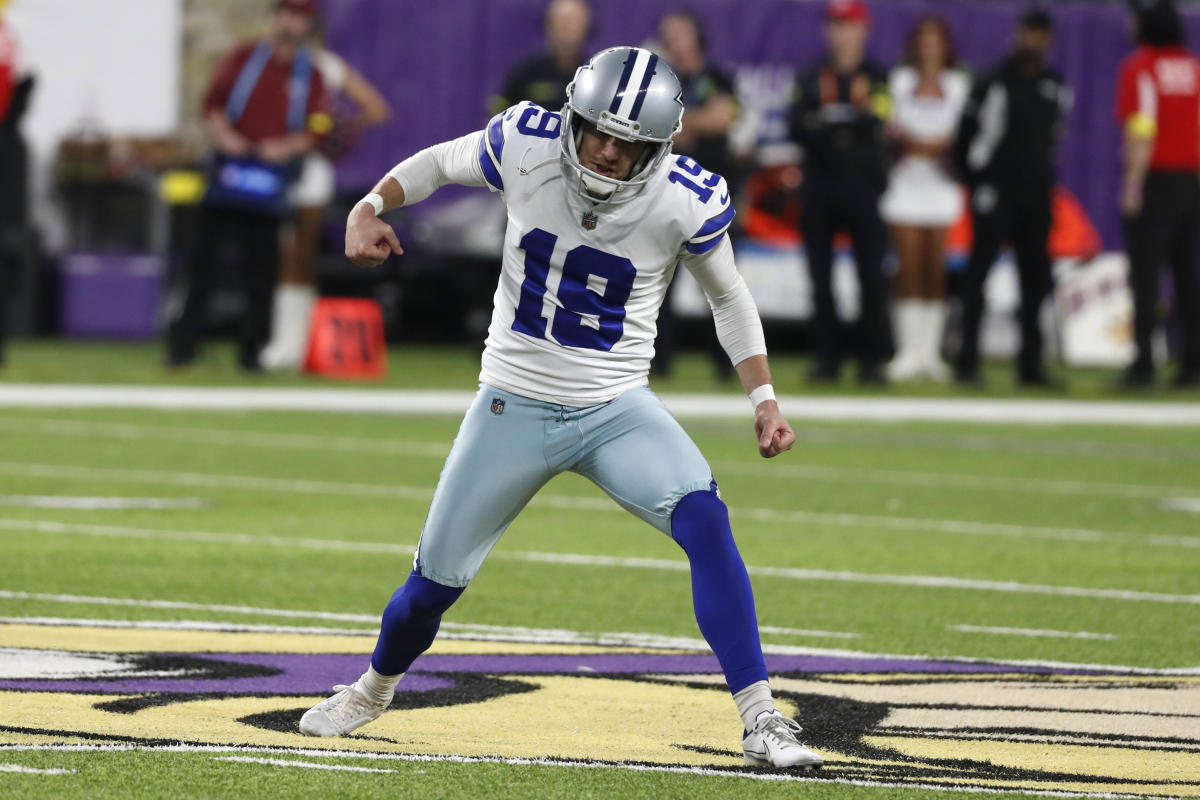 Officials did their best to ice Brett Maher on Sunday. But the Dallas Cowboys kicker wouldn’t be fazed on a 60-yard field goal against the Minnesota Vikings.

Leading 20-3 with 31 seconds left in the first half, the Cowboys got the ball back at their own 14-yard line after a Vikings punt. They ran a hurry-up offense in an effort to tack on points before the end of the half.

On second-and-4 from the Dallas 31-yard line, Dak Prescott rolled right and threw a dart down the right sideline to CeeDee Lamb, who hauled in the pass and fell out of bounds at the Minnesota 42-yard line — just on the edge of Maher’s projected field-goal range.

The Cowboys let the play clock run down before calling a timeout to set up a field-goal attempt. Maher then squeezed the 60-yard kick just inside the right upright, and the Cowboys took a 23-3 lead into halftime. Or so it seems.

As the Cowboys celebrated the kick, referee Clay Martin announced that Lamb’s catch was under review. They apparently blew the play dead just before the snap on Maher’s kick. They wanted to confirm that Lamb had successfully secured the ball on his sideline grab. They decided to implement the review roughly 1:40 in real time after Lamb’s catch — just in time for Maher to kick the field goal that was wiped off the board.

After the review, the play stopped. Officials did not see enough to overturn it. But Maher was forced to kick again.

No problem. Maher’s second kick was even better and sailed straight through the middle of the uprights to secure the 23-3 lead.

Icing kickers is generally the purview of opposing coaches. No matter for Maher, who ensured that the officiating crew’s mishap didn’t cost the Cowboys points as they rolled to a 40-3 win.