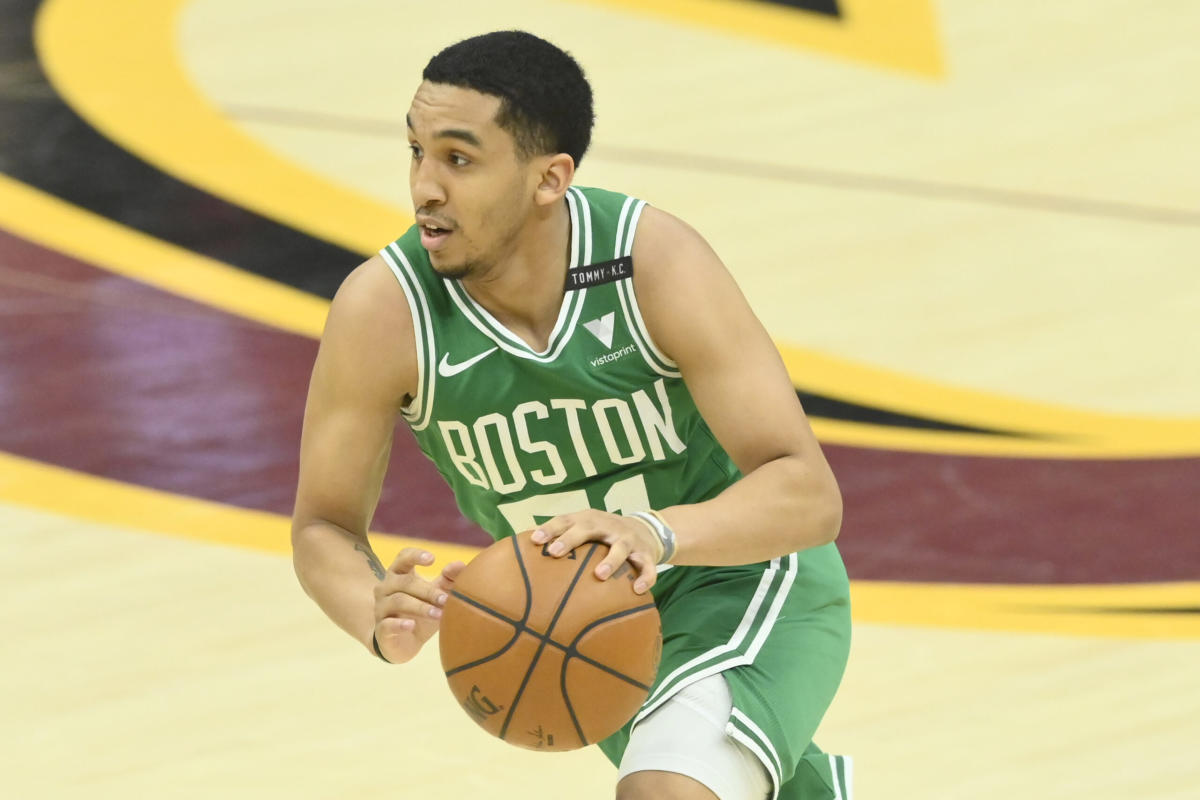 On this day in Boston Celtics history, former Boston Celtics two way point guard Tremont Waters made his debut for the team in a 103-102 squeaker of a win over the Sacramento Kings. The former Louisiana State University Tiger had been drafted by the Celtics with the 51st pick of the NBA draft that same year and had already begun to turn heads on his assignment in the G League with the Red Claws, Boston’s developmental affiliate based in Portland, Maine .

Waters scored a solid 7 points, 2 rebounds, 3 assists, a steal, and 2 blocks with 2 fouls and as many turnovers in just under 20 minutes of playing time.

And while the Connecticut native had trouble finding his shot — he went 2-of-7 from the floor overall, 1-of-5 from beyond the arc, and 2-of-2 from the stripe — he found other ways to contribute.

It is also the anniversary of the debut of former Celtic power forward Marcus Webb, who played his first game with Boston in 1992 on this date.

Webb had gone undrafted after playing NCAA ball at the University of Alabama, signing with the Celtics in free agency that September.

He would play his inaugural game with the team in a 150-112 shellacking of the (then) Washington Bullets (now, Wizards), scoring 11 points, a board, and an assist in 11 minutes of play, going 4-for-7 from the floor and 3-for-3 from the free-throw line.

Strickland played collegiately for the University of Nebraska, from which he would go undrafted in the 1996 NBA draft.

He would play stints with the Dallas Mavericks, New York Knicks, and (then) Vancouver (now, Memphis) Grizzlies before signing with Boston as a free agent in 2001.

the Alabama native would play just one season with the team, averaging 7.7 points, 2.7 boards, and 2.3 assists per game while with the Celtics.