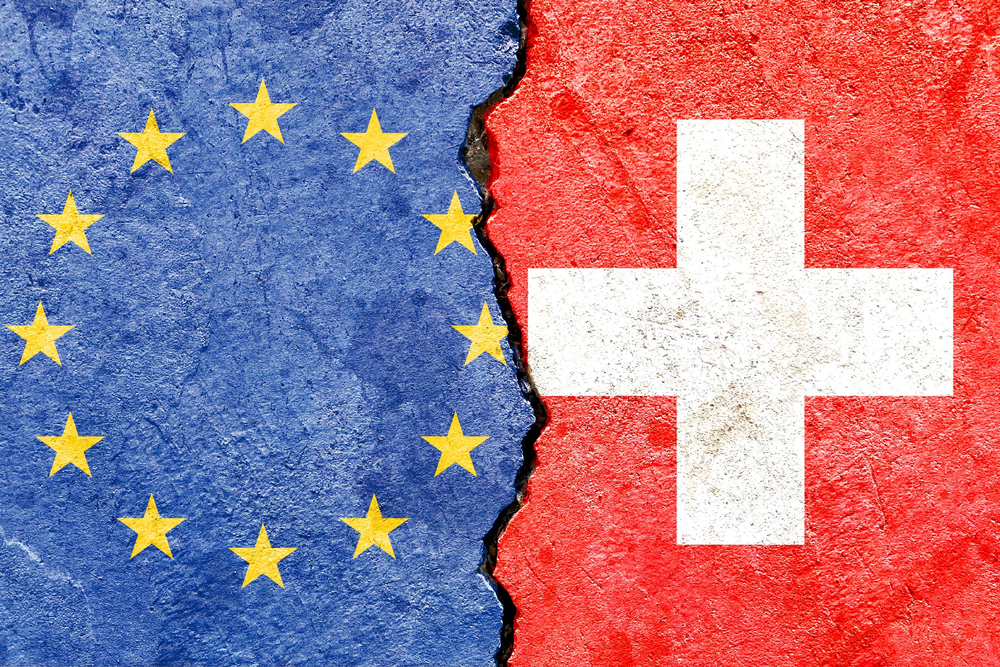 Brexit has consumed four prime ministers – David Cameron, Theresa May, Boris Johnson, and Liz Truss. Now, if the Sunday Times is to be believed, Rishi Sunak may be considering a “Swiss-style relationship” with the EU as a way of improving trade access.

Of course the briefing given to the Sunday Times’s veteran political reporters, Caroline Wheeler and Tim Shipman, have been knocked down. But they are experienced Westminster insiders and would not have run the story had it not come from a senior, reliable source.

What is odd is that the paper did not have quotes in its story from either Brussels or the Swiss capital Bern. Swiss politicians and diplomats accept most EU norms including freedom of movement, Schengen’s no-passport controls, and most rules of the Single Market in order to maintain access to EU markets. In addition the Swiss voted in a 2020 referendum to retain freedom of movement as every business said access to labor was essential to prosperity.

Today there is discussion of talks between Bern and Brussels on seven sectoral agreements, including medical equipment and wage protection for Swiss workers, as well as the role of the European Court of Justice as the final legal arbiter. Nothing will move until after elections to the Swiss Parliament late next year, but the idea that the UK under its current political leaders across the political spectrum is anywhere close to entering into a Swiss-style relationship with the EU is pure fantasy.

It is not just the Conservative Party. Sir Keir Starmer has dampened down any prospect of Labor promoting a return to Europe under his leadership and the Liberal Democrats also refuse to argue for a rejoin position.

But how does Europe see the prospect of Britain joining? In October I went to see the heads of the two key French ministries – the combined Finance and Economic ministry and Bercy, the Europe department of the Quai d’Orsay, France’s foreign ministry – to ask them how they saw relations between the UK and the EU, as well as Anglo-French relations, as we enter the seventh year of Brexit.

In particular, I wanted to know whether there was any prospect of an amelioration of relations, some relaxation of the barriers to trade, work, travel, some reconnection to Europe that might be possible. This would assume that the UK had also decided, probably following a change of government after the next election, that the era of hard ideological Brexit had run its course.

The response was not encouraging. No-one could see how there could be any concessions to Britain. “It would not be acceptable to see the UK as it were being rewarded for leaving the EU by being given special arrangements.”

I asked if France and the UK, for example, could negotiate a bilateral treaty or agreement that might create a kind of Common Travel Area, as between Ireland and the UK, to allow freedom of movement, residence, and work between the British and the French. Again, the response was that this would mean giving the UK special status, without Britain accepting any of the rules that apply to citizens of other neighboring countries of France or indeed foreign countries that France had friendly relations with, including Canada or the US.

There was a sense that Britain had taken a very final decision in 2016. We then had turned a general wish to leave the EU Treaty into a very hard-line Brexit with the maximum enforcement of measures to shut out EU citizens, while increasing immigration from far-away countries like Nigeria, Pakistan or India.

No-one could see any advantage to France or the EU in the UK joining. There was almost a sense of puzzlement that it was a question worth being asked. There were complaints of bad faith by British ministers, especially Liz Truss when she was Foreign Secretary and promoted her Northern Ireland Protocol Bill, allowing the UK unilaterally to be in breach of the Withdrawal Agreement treaty with the EU.

I spoke to a group of about twenty Inspectors of Finance, the most prestigious elite corps of top French civil servants. There was absolutely no interest in considering the question of the UK joining in any foreseeable future. “We can’t go through years of the UK demanding special status and privileges as you did when the UK was in the EU. Nor that you come back and then the political mood changes and again you hold a referendum to leave.”

As long as the UK under Conservatives, and probably Labour, hold to the position that London cannot alter any of the barriers imposed by Boris Johnson in the ultra-hard Brexit withdrawal arrangements negotiated by David Frost and voted into British law, the chances of even the beginnings of a Rejoin-lite are slim.

The hopes expressed by some that with all opinion polls showing a majority in the UK regretting Brexit or even hoping to rejoin the EU, an easy return to the single market, for example, is possible and desirable, may be illusory.

In the end it will be a decision of elected politicians: the Prime Minister of the UK and the President of France who will decide their governments’ policies on the European question. The ball is clearly in London’s court. But no one should have any illusions that Paris will help Britain without a very different approach from today’s political class in government and opposition in England. And hoping that Switzerland may be an example to follow is unrealistic.


A Message from TheArticle

We are the only publication that’s committed to covering every angle. We have an important contribution to make, one that’s needed now more than ever, and we need your help to continue publishing throughout these hard economic times. So please, make a donation.