And while they are left in limbo, the resulting problems may be keeping some from going to school at all while others are ferried out of the area each day for lessons.

The cost of an “out of area” school place for each child with an “autistic spectrum condition” (ASC) is at least £30,000 a year.

In the past year, the number of children in “independent non-maintained placements for this profile of need” had gone up from 27 to 44.

And the cost of those places had risen from £890,000 to £1.44 million a year. On top of that, the council also paid for home to school transport for those pupils.

A report said: “This is not in the best interests of the students or financially sustainable in the long term.”

Schools chiefs plan to open a “satellite” site – in September next year – for 30 autistic 11 to 16-year-olds who have anxiety and mental health issues but who do not have a learning disability.

The site would be run as a satellite of Hill Park School, in Portslade, which caters for 4 to 16-year-olds with significant learning difficulties.

The school has repeatedly been rated outstanding by Ofsted, the government’s official schools watchdog.

It would make use of the old Cedar Centre, in Lynchet Close, Hollingdean. The Cedar Centre, a school for children with complex needs, closed four years ago.

But the building would need a £4.2 million revamp before it could re-open, according to a report to the council’s Children, Young People and Skills Committee.

To try to prevent pupils from feeling anxious, the new site would not look like a conventional school, a report said, and there would be a hairdresser, café and allotment.

When the committee met this afternoon at Brighton Town Hall, councilors backed the council’s and Hill Park School’s plans for the site.

Green councilor Sarah Nield was the first to raise concerns about the admissions criteria for young people with an autism diagnosis and education health and care plan (EHCP) in place.

Councilor Nield said: “Immediately, this rings alarm bells for me because I know the waiting times for gaining an autism diagnosis and getting your EHCP in place are currently measured in years.

“If we need young people to have the diagnosis and EHCP in place, what is being done to shorten the waiting times for getting to that point?”

Labor councilor Les Hamilton said that parents had told him that they were waiting a year or 18 months for an EHCP for their child.

A senior official, Georgina Clarke-Green, said that there had been a big rise in the number of children with autistic spectrum conditions and education health and care plans.

Ms Clarke-Green, the council’s assistant director for health, special educational needs and disability services, said that there was a shortage of specialist staff – case workers and managers.

The response to the coronavirus pandemic had also played a part in waiting times growing longer for a diagnosis or EHCP.

The council’s executive director for families, children and learning, Deb Austin, said that the new Sussex Integrated Care Board, also known as NHS Sussex, had increased funding to tackle the backlog. She said that there had been a “significant improvement”.

Mrs Boyd said: “We think it is worth noting that PaCC has raised concerns when Patcham House was closed a number of years ago that there would always be children and young people who cannot access mainstream education. And, at that time, there was no clear provision for them in the city.

“It is worth reflecting on that. There were hopeful aspirations that mainstream schools would be able to help, with additional support. But those numbers have increased over time. The pressure on schools from all different angles has fed into that as well.”

Patcham House School closed in the summer of 2018 after pupil numbers fell. Children who went to the school were described as “delicate” pupils who could receive support in “mainstream settings”.

These included the Swan Center at the Brighton Aldridge Community Academy (BACA) and the Phoenix Center at Hove Park School.

Mrs Boyd added that, at the start of this school year, PaCC had heard from parents with “neurodivergent” children who were struggling to cope with returning to school and the “transition between phases and year groups”. 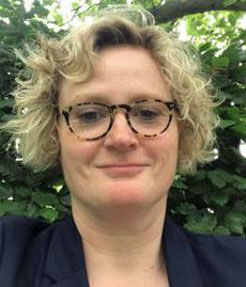 Ms Clarke-Green said that the council was working on providing a more comprehensive range of specialist support earlier to help children and young people stay in mainstream schools rather than go to special schools.

The council carried out an eight-week consultation about Hill Park’s “satellite” site plans and received 86 responses, mostly from parents, carers and school representatives.

There was overwhelming support – 97 percent of those who responded – for providing school places for autistic young people with anxiety and mental health issues but with no learning disability.

A few people raised concerns about whether Hill Park School could meet the needs of those who attend the satellite site but 87 percent backed the plan.