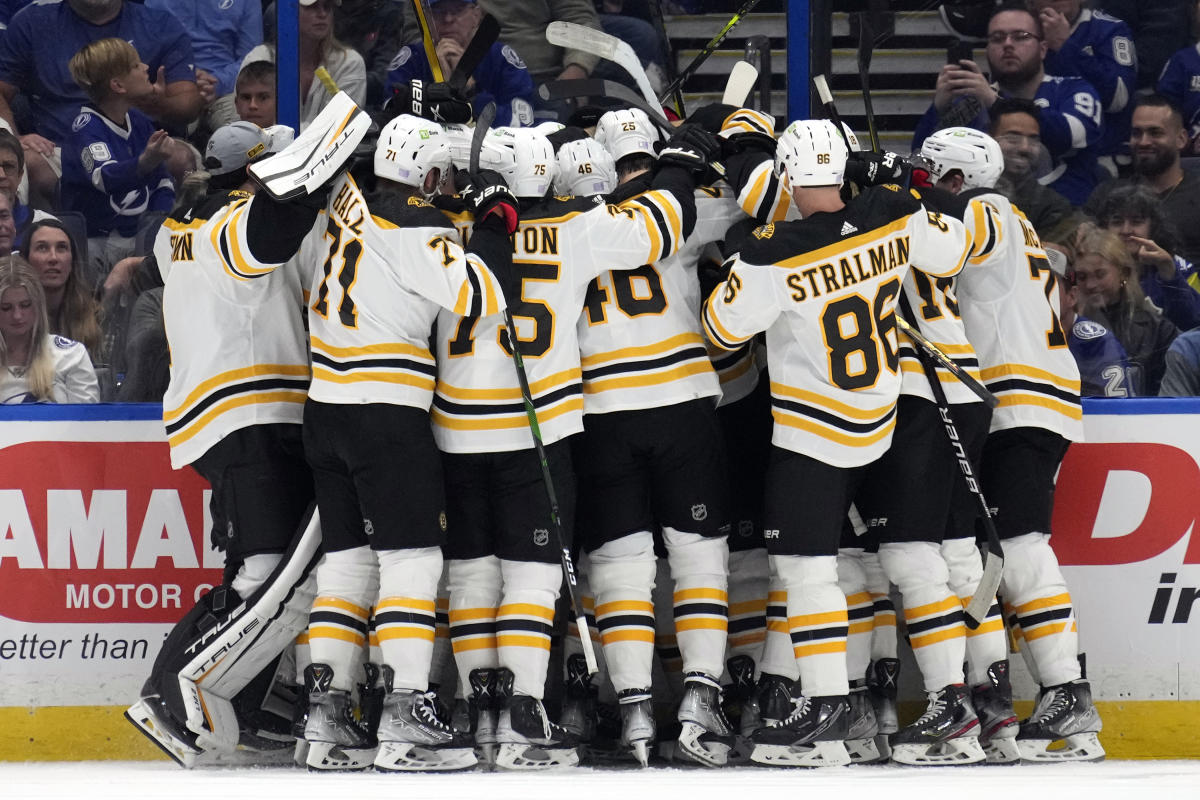 TAMPA, Fla. (AP) – Patrice Bergeron got his 1,000th career point with a second-period assist and the Boston Bruins beat the Tampa Bay Lightning 5-3 Monday night for their seventh straight win.

Bergeron became the fourth Boston player and 94th in NHL history to reach the milestone with the second assist on Brad Marchand’s goal at 15:08 that gave the Bruins a 4-1 lead.

Marchand immediately pointed at Bergeron after scoring his goal and the Boston bench emptied to celebrate with the 37-year-old center along the boards.

Boston needs two wins to match the 1929-30 Bruins squad that started the season a franchise-best 19-2.

Foligno and Coyle scored 31 seconds apart in the second to put Boston up 3-1.

Foligno, who took a shot off the chin during the morning skate, had a rebound power-play goal at 5:07.

Coyle was credited with his in-close goal after a video review. It was originally called no-goal when the referees ruled that the net had come loose before the puck cleared the goal-line.

Pastrnak, on the power play, and Balcers traded goals 11 seconds apart early in the third before Paul’s man-advantage goal made it 5-3 at 10:38.

Pastrnak has 13 goals in 15 games against Vasilevskiy, and extended his point streak to seven games (four goals, 10 points).

Paul and Krejci had first-period goals. Krejci has four goals during a three-game goal streak.

Tampa Bay outshot 9-0 over the first eight minutes of the game.

Boston’s David Pastrnak and Jake DeBrusk collided in the offensive zone and wound up on the ice during the late first-period power play. DeBrusk skated to the bench afterwards but was OK and finished with two assists.