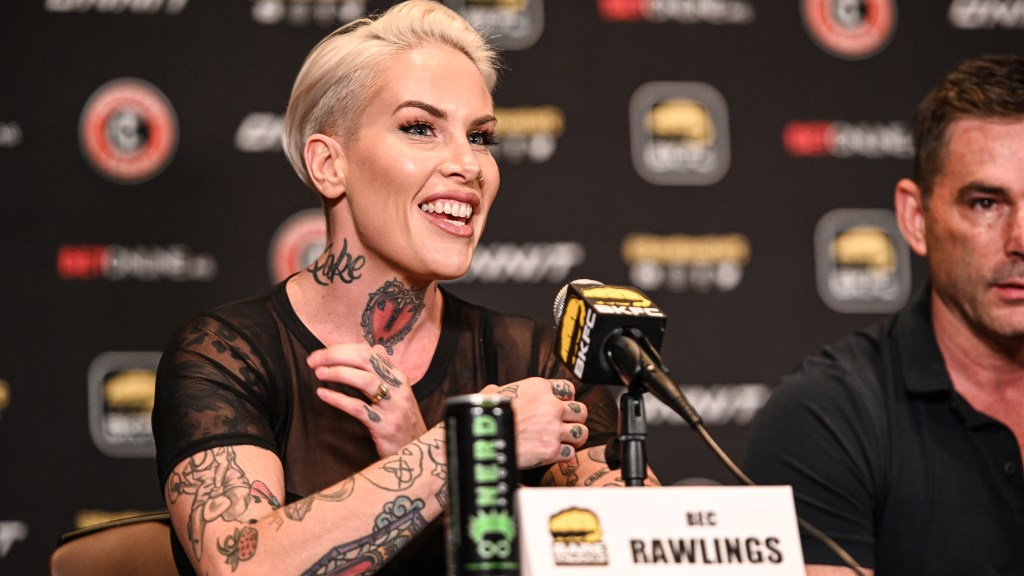 The former Bellator and UFC veteran wants a rematch with her former foe, but now under different conditions. Rawlings makes her return to bareknuckle boxing this Friday, as she takes on Britain Beltran at BKFC 26.

Rawlings is not looking past Beltran, but she’d love to fight VanZant, who also competes in bareknuckle boxing, and avenge the loss she suffered a few years back in the UFC.

“I’ve been asking for the fight against Paige VanZant just because we both have bad blood I guess,” Rawlings told MMA Junkie. “I have a bone to pick with her. She beat me in MMA with a really lucky kick and I think I was beating that ass until she got me with that, so I definitely feel that’s a fight I want.

“That’s a fight that makes sense, but it’s obviously not a title eliminator. I think she needs to get a win under her belt before anyone talks about that. ”

VanZant knocked out Rawlings back in 2016 at UFC on Fox 21. The former Dancing with the Stars contestant hit Rawlings with a jumping switch kick in the second round of their bout.

Since VanZant went on to keep fighting under the UFC banner and eventually make the switch to bareknuckle boxing in 2021. Unfortunately for VanZant, she’s gone 0-2 in the ring, losing to Beltran and Rachael Ostovich.

Rawlings expected these results, but thinks VanZant is capable of turning things around too.

“When she got matched against Britain, I had a feeling she was going to lose,” Rawlings said. “It’s a very green sport for her, and she’s not the strongest striker, and I know what Britain brings. I knew she would beat her.

“So, I was a little bit bummed that she lost, and then she lost a second time, and I was like, ‘Come on, girl. Get a win under your belt, so we can fight. ‘ So that fight makes sense, but we’ll see what happens. I think she might, whoever they match her against, I think if she’s focusing on her boxing and changes up her game plan a little bit, I think she has a good shot. ”