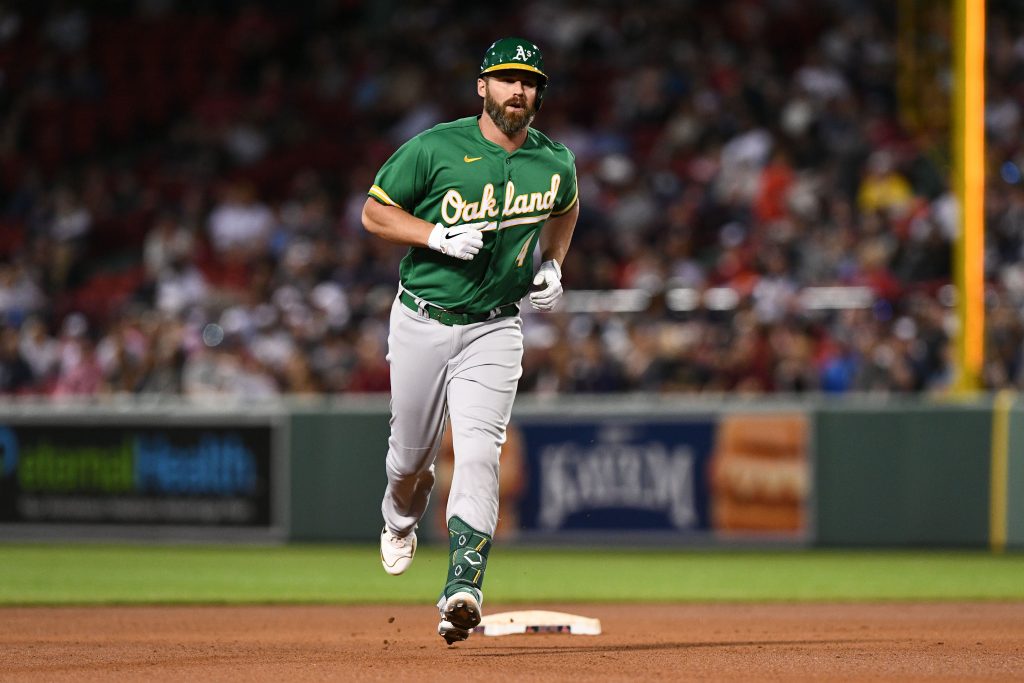 Oakland did not need to create a 40-man roster spot for any of Allen, Neuse, Tapia or Snead. Davidson, though, is out of minor league option years. The A’s were thus left with the decision to keep him on the big league roster or take him off the 40-man entirely. With Davidson collecting just four hits while striking out ten times in eight games in an Oakland uniform, the club will turn back to Neuse and Allen in the infield at his expense.

The extreme hitter-friendly nature of the Pacific Coast League no doubt has propped up those numbers, but Davidson has also flashed some power potential over parts of six MLB seasons. He’s a career .220 / .290 / .430 hitter in a bit more than 1100 plate appearances. Davidson’s .209 ISO (slugging minus batting average) is strong, but his huge strikeout totals and low walk rates have led to persistent issues reaching base.

Oakland will have a week to trade Davidson or run him through waivers. The latter outcome seems likelier given his lack of recent success against big league pitching. The 31-year-old has already cleared waivers once this season. He elected free agency last time around, and he’d have the right to do so again if he goes unclaimed.

Jiménez hits the IL with a shoulder strain; his placement is retroactive to June 19. Signed to a minor league contract over the winter, the righty has surprisingly jumped into a high-leverage role for manager Mark Kotsay. Jiménez has collected the first 11 saves of his career, pitching to a 4.38 ERA through 24 2/3 innings. He had not allowed an earned run through the end of April, but Jiménez has been tagged for 12 runs (all earned) in 15 2/3 frames going back to the beginning of May.