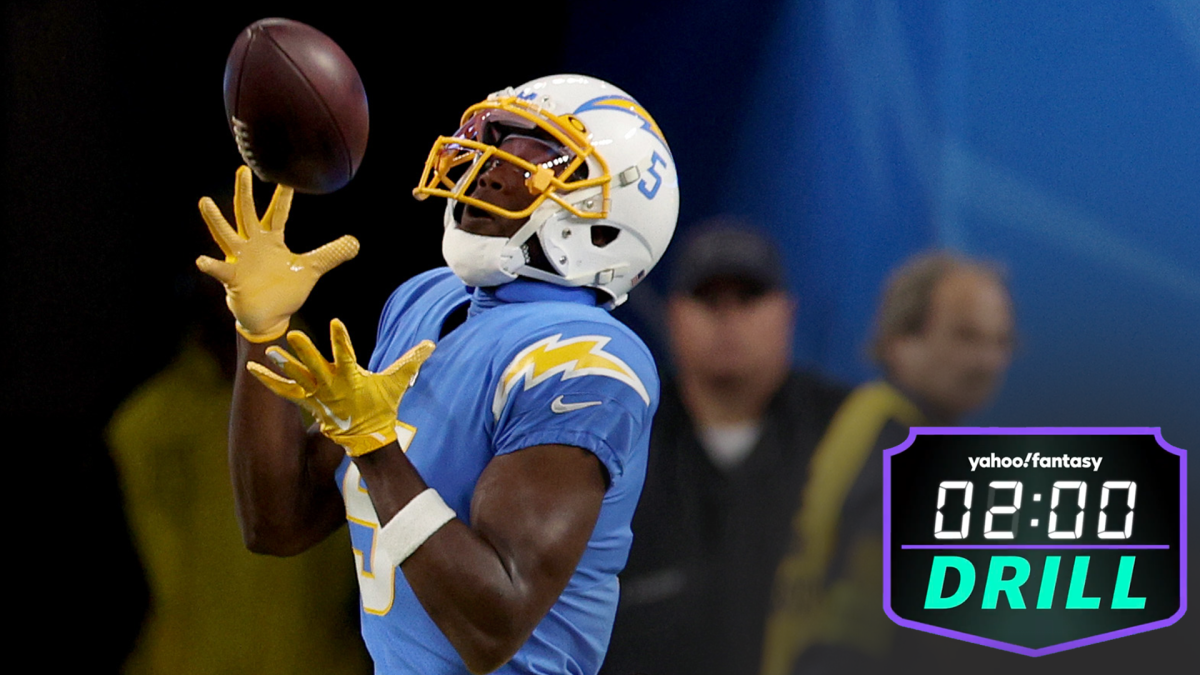 ANDY BEHREN: It is a very special Thanksgiving edition of “Two-Minute Drill.” Start the clock.

If I am known for anything, it is my seasonally-appropriate fantasy content, and that is exactly what you’re getting this week. Just in case you think I’m going to tell you which players I’m thankful for, well, no. Today, we’re giving out our first annual– perhaps our last annual– side dish awards.

We don’t need to discuss them here.

– That Hansel’s is so hot right now.

ANDY BEHREN: No. Today, we’re recognizing members of the supporting cast, guys who have helped along the way without ever necessarily being the centerpiece.

– Hey, Happy Gilmore. Come on down.

ANDY BEHREN: Our 2022 cranberry sauce, that’s Josh Palmer of the Chargers. He’s coming off a two-touchdown game. It wasn’t actually that great for Palmer to open the season either. He came out of the can kind of in that big, floppy, red blob. But it didn’t take long to appreciate the unique tanginess and texture of his season. If you started him in week 11, you cran-buried your opponent.

ANDY BEHREN: Our 2022 green bean casserole honoree– well, that’s Taysom Hill. What is this exactly? What’s in here? Is he a tight end? Is he a running back, a quarterback? Is that a mushroom? What’s up with that crust on top? Whatever. He’s not for everyone. I get it. But he had that one big week, and he’s still the number six fantasy tight end on the season. And your aunt is going to be mad if you don’t at least try it.

ANDY BEHREN: And now the big side dish award, our 2022 stuffing honoree. It’s Jeff Wilson of the Dolphins, formerly of the Niners. No, he’s not the main protein on your plate, but they are vaguely similar. And he kind of ties the whole thing together, right? You can put him next to literally anything on the dish and it’s totally fine.

ANDY BEHREN: Also, in much the same way that we added Wilson early in the year and then relied on him for a few weeks, but then we dropped him, and then we re-added him in a panic after that trade, everyone, when they go back for seconds or leftovers or whatever, they always go stuffing.

Just as we can always rely on Jeff Wilson.