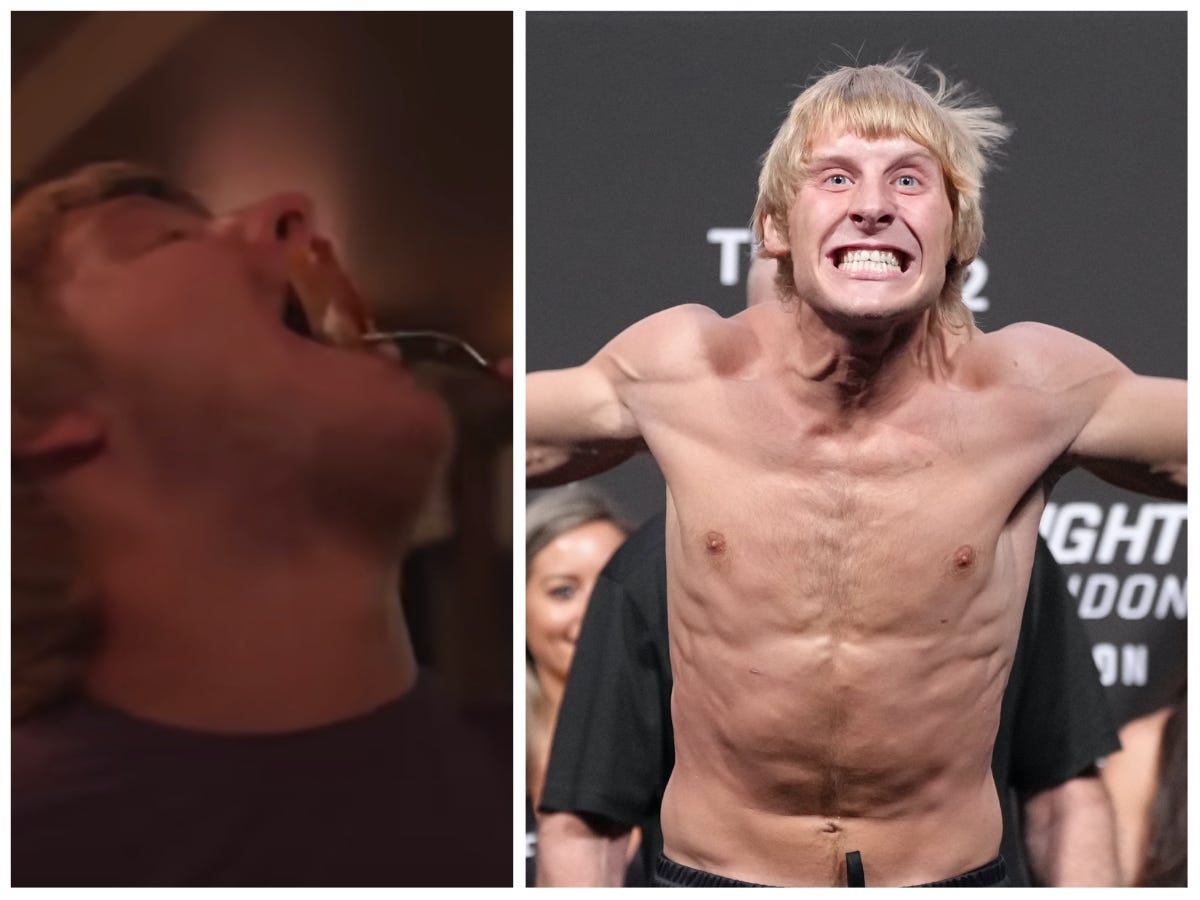 An MMA fighter notorious for ballooning in weight between his matches says there’s “no rocket science” to losing 50-plus pounds in a matter of months.

“It’s not hard,” Paddy Pimblett, one of the UFC’s newest stars, said in a recent vlog on his YouTube channel. “Get yourself in a calorie deficit.”

The 27-year-old, a former champion with the UK-based fight promotion Cage Warriors, joined the UFC in 2021 and has since won three fights in a row — all by finish.

His ascendancy in combat sports is marked by his fan-friendly fighting style and the undeniable charisma he exhibits outside the Octagon.

A love affair with food is a staple of his personality, and Pimblett has created videos on YouTube, in which he eats his way through regional cuisine in the United States.

His weight gain, and weight loss, have become a thing of legend.

It’s not uncommon for him to reach as much as 205 pounds after competing in the sport’s lightweight division at 155 pounds.

Speaking to The Overlap on Sky Sports, Pimblett once said it’s hard for him to pick his favorite meal because he likes everything.

“I like that many different types of food,” he said. “I love pizza, I love pasta, I love Chinese food, salt and pepper chicken, wings are one of my favourites, [and] quadruple burgers.”

Pimblett has never seemed to struggle with making weight, though. So, despite the massive fluctuations in size, he’s still able to turn up at weigh-ins before his fights, make 155 pounds, compete, and — above all — win.

To make that weight he lauds “The Macro Chef,” Joel McCarthy, for helping keep his nutrition on point during training camp, where he consumes “1,400 to 1,700 calories” per day.

Pimblett vows to finish his next opponent within a round

He returns to the Octagon for the UFC’s last big pay-per-view show of the year — a UFC 282 lightweight bout against Jared Gordon at the T-Mobile Arena in Las Vegas on December 10.

“Jared Gordon’s getting finished in the first” round, Pimblett said.

Read the original article on Insider