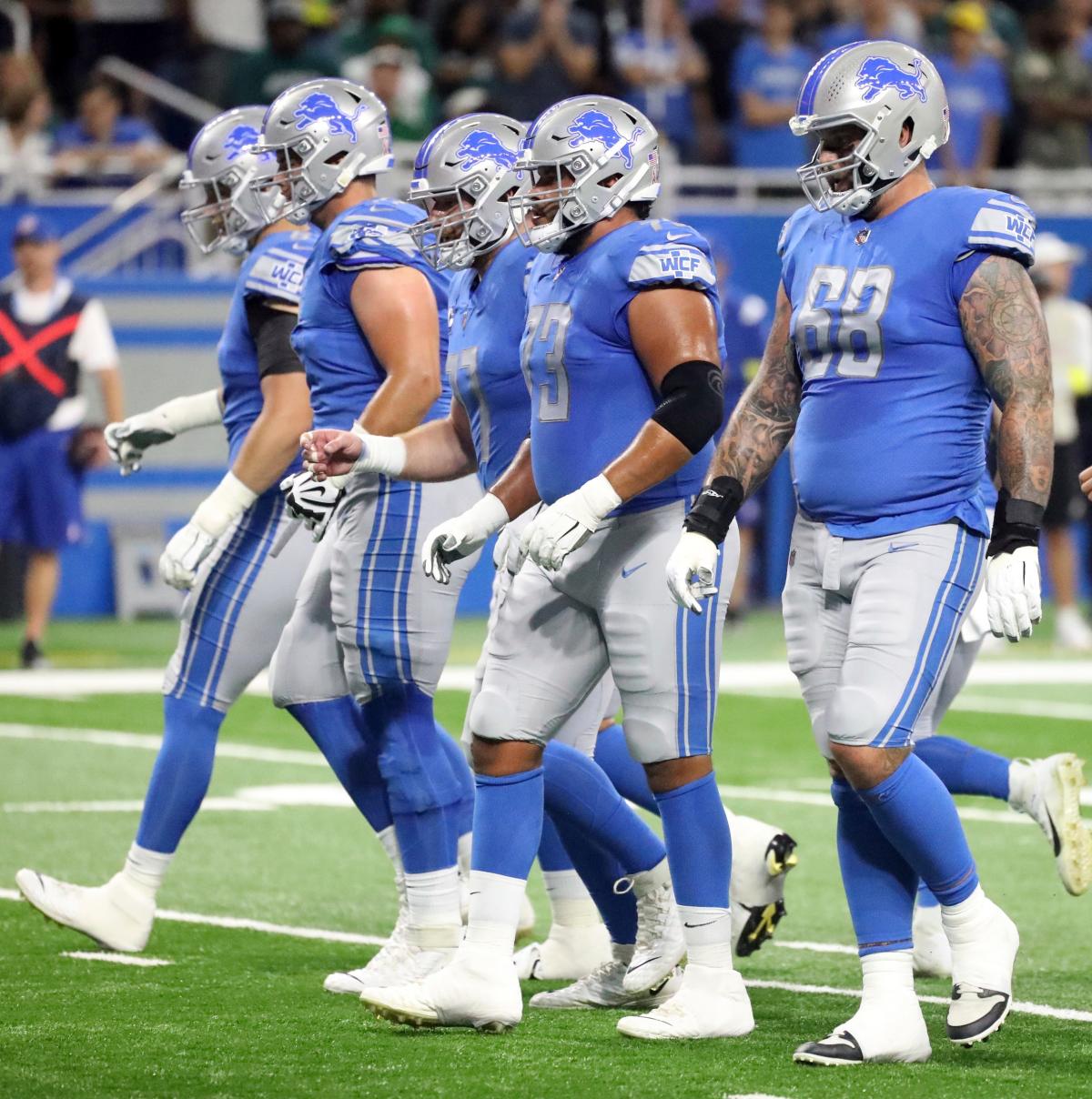 The Detroit Lions will be without ⅖ of their starting offensive line for Thursday’s Thanksgiving game against the Buffalo Bills.

The Lions ruled guards Jonah Jackson and Evan Brown out with injuries. Brown sprained his ankle in last week’s win over the New York Giants, while Jackson appeared on the practice report Tuesday with a brain injury.

The Lions (4-6) will start their fifth different grouping on the offensive line this season against a Bills team expected by many to challenge for the Super Bowl.

Dan Skipper played most of the game against the Giants at right guard in place of Brown, and the Lions also have interior linemen Logan Stenberg and Kayode Awosika on their 53-man roster.

DAVE BIRKETT SCOUTING REPORT:Lions are in for a long Thanksgiving in showdown vs. Bills

Lions coach Dan Campbell said Monday it would be difficult for some of his injured players to return this week, given the Lions are playing on short rest.

Okudah also suffered a brain injury against the Giants, while Harris and Paschal have been out for several weeks.

Campbell said the Lions will use a combination of Jerry Jones, Mike Hughes and Amani Oruwariye at outside cornerback against the Bills (7-3).

“I think there’s a good chance you’ll see all three of them,” Campbell said. “All hands on deck this week.”